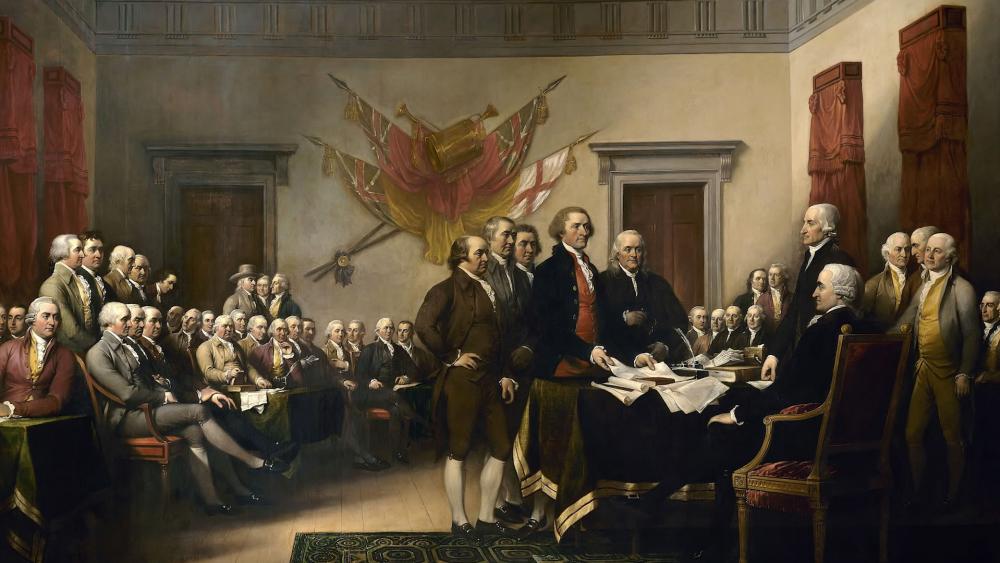 WASHINGTON – December 15 marks the 227th anniversary of the Bill of Rights, which protects freedoms such as speech, press, and religion. It says "Congress shall make no law respecting an establishment of religion."

To the Founders, this meant walling off government from interfering with Americans' faith. Nowadays, the understanding of that wall has become so twisted, it's sometimes used to prevent Americans from practicing their faith.

It's as if today's interpreters think "making no law respecting an establishment of religion" means government and God can have nothing to do with each other. But what did the Founding Fathers who wrote the First Amendment actually mean?

"When the Founders talked about separation of church and state, they had a historical context that we really lack," David Barton of WallBuilders told CBN News.

He said those Founders saw great danger in rulers establishing a specific religion their subjects then had to practice.

Christian historian Rev. Eddie Hyatt, the author of Pilgrims & Patriots, explained, "Church and state were merged together, and the church used the power of the state to enforce its doctrines and practices."

Hyatt mentioned certain governments used deadly force against dissenters who wanted to worship in their own way, saying, "Those people were persecuted, burned at the stake, some had their tongues cut out. The Founders did not want that kind of Christianity."

Barton had a particularly disturbing anecdote about that, saying, "As a matter of fact, the Pilgrims' pastor in England was executed because he made the statement that Jesus Christ is head of the church. And the monarch said 'oh no, I'm the head of the church. You're dead.'

Author Jerry Newcombe, who wrote about the Bible in The Book That Made America, said the Founders opposed such force.

"They didn't want to have a national, established Church of America like you have the Church of England, forcing people to believe something that they didn't believe in," Newcombe stated. "They did not want any one national denomination to lord it over all the others."

Where the Famous Phrase came from

Thomas Jefferson wrote to worried Connecticut pastors in a famous 1802 letter that's come to be known as the Danbury Baptist letter, assuring them the government wouldn't interfere with their faith.

"'Because there's a wall of separation between church and state,'" Barton said, quoting Jefferson. He continued, "And so the way he used it was 'guys, the government's not going to stop religious activities.'"

Then it went Topsy-Turvy

Then almost 150 years later, more liberal justices and judges began to interpret that as meaning government had to wall off any touch of faith on any public institution or the people in it.

William Federer, the author of the daily American Minute.com, stated, "And that's when they began to re-interpret that phrase to say 'no. We're going to get faith and God and everything out.'"

Such as when it came to the U.S. Supreme Court justices ruling in 1980 that kicked the Ten Commandments out of public schools.

"They said if the Ten Commandments were on the schoolroom wall, the children might read them, meditate on them, venerate them and obey them," Newcombe explained.

Barton said school administrators, lawyers and judges were suddenly making rulings that said, "'We got to make sure that kid doesn't say God at graduation,' or 'You can't let a kid pray over their lunch.'"

'A Significant Loss of Freedom"

Hyatt stated the Founders would be distressed by these rulings. He said they were, "Used as a weapon to try to marginalize Christianity, to ban Bible reading and prayers from public schools, remove crosses and Ten Commandment displays from public places."

Liberty Institute attorney Jeremy Dys fights for religious rights. He told CBN News, "When the government tells you what you can believe and what you cannot believe, that is a significant loss in our freedom."

Federer suggested, "It's ironic that judges will say 'we have to maintain separation of church and state.' They're quoting from Jefferson. And Jefferson in the Declaration said 'all men are endowed by their Creator with certain unalienable rights.' Here's Jefferson acknowledging that he believed in a Creator, and they're using his phrase out of context to prohibit a Creator."

In that same letter to the Danbury Baptists, Jefferson showed where he stands.

As Barton put it, "So Jefferson's concept is totally opposite to what goes on today."

Church in the Capitol Building

The third American commander-in-chief showed further where he stood on the subject right after he wrote the Danbury Baptists.

Dys explained, "President Jefferson left the White House to go to the United States Capitol building at the time, to do what?: to go to church that Sunday."

Yes, in the Founders' day, the same building where Congress met was used for church services.

Were the Founders Schizophrenic?

Hyatt mentioned the Continental Congress opened all their sessions with prayer. He said of the Founders, "They did not want a national church, but they wanted God in all their proceedings."

Newcombe added, "So if their idea was there should be no reference to God in our government, then the Founders absolutely were schizophrenic."

He said when they spoke of making no law respecting an establishment of religions, "They absolutely did not mean the separation of God and government. They certainly did not intend to make America into some sort of secular wasteland."

In fact, Hyatt pointed out the Founders believed the only way America really could work was if its people were religious and virtuous.

As Barton sees it, believers have their eyes on eternity, and it makes them practice self-control.

As he put it, "When you're God-conscious, you realize, 'you know, I'm going to have to answer to Him for what I do,' and it limits your bad behavior. What happens when you become a religion-hostile nation, government gets big. If you've got a big God, you've got a small government. Because self-control is what you need."

Barton continued, "We can pass all the control laws we want, but unless you can control the heart, you'll never control behavior. I mean, I can kill somebody with a can of green beans. What are we going to do? Pass green bean control laws if somebody does that? No, it's on the inside."

Dys observed, "Think of the many cases that are going on right now, whether it's the baker cases or if it's involving contraceptives to nuns that we've seen in recent years. What if we allowed people in this country again to be able to live according to their religious convictions, their religious conscience rights, without interference by the government?"

He concluded, "At a very minimum, I think we should agree that if we're going to err on anything, we should err on the side of freedom." 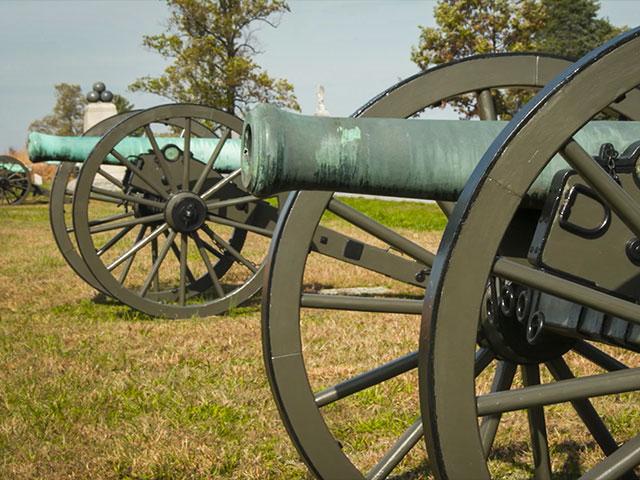 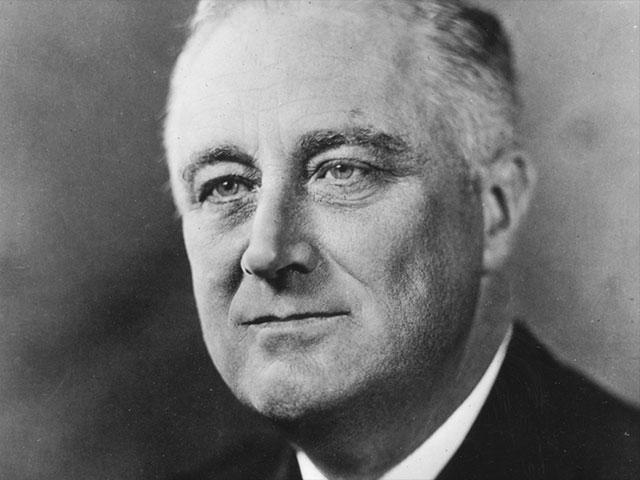 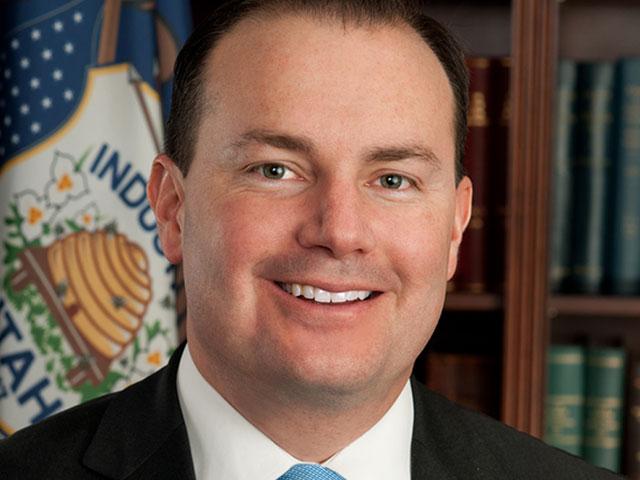