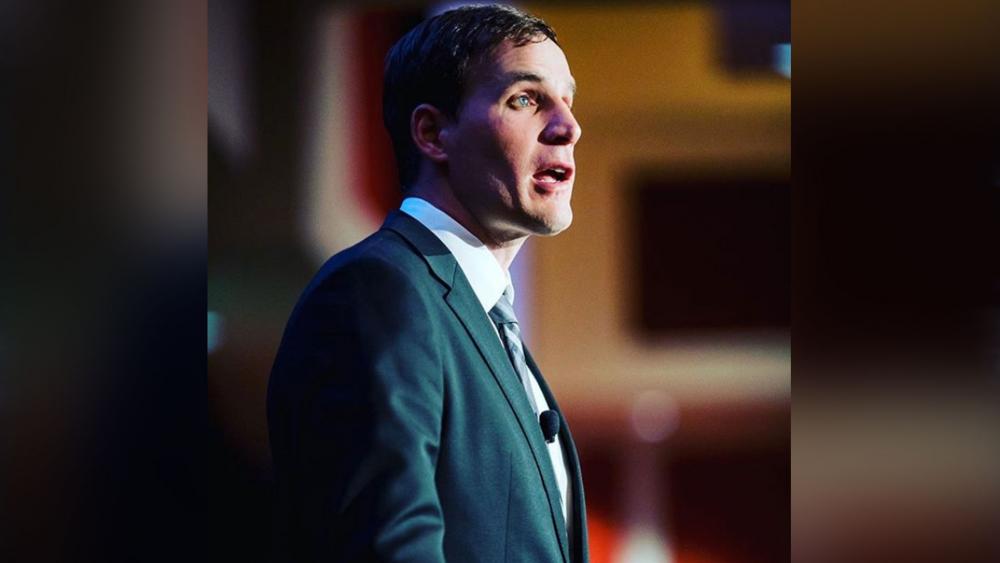 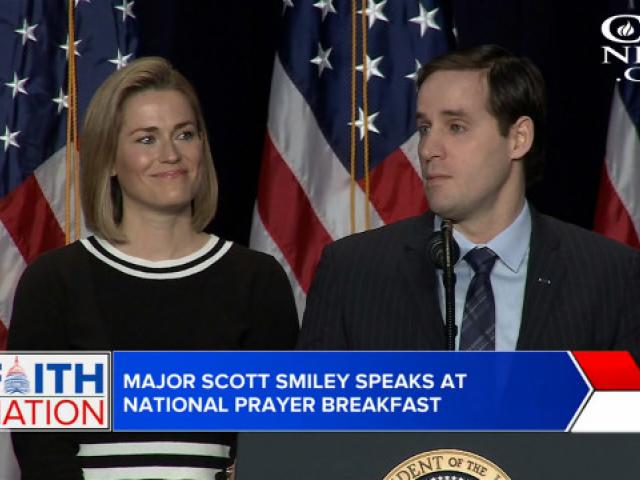 The Army's first active duty blind officer received a standing ovation at the National Prayer Breakfast in Washington, D.C., Thursday and the speech he delivered sent the message that faith is essential to overcoming life's obstacles.

In 2005, Major Scott Smiley was in Northern Iraq when a suicide bomber set off an explosion leaving him completely blind.

"I remember waking up in the Walter Reed Medical Center, not just losing both of my eyes but also partially paralyzed on the right side of my body. I truly felt worthless," he said.

Smiley said he not only lost his purpose in life but also his faith in God.

But Smiley said it was the "love of Christ", the love of his family, and one scripture that helped him to believe again.

"It was that purpose and resolve that I was able to become the Army's first active duty blind officer [and] first blind company commander," Smiley added.

Smiley was also able to continue his education receiving his MBA from Duke University.

"It was this love and support that I began to understand that we are not fighting in a world that is seen, but in a world that is unseen. And it is the faith that we have that carries us forward every moment. No matter what trials and tribulations may face us, if we stay the true course we can live with a purpose and live with a faith. And we all can do all things through Christ who gives us strength."

Scott and his wife, Tiffany, have also started Hope Unseen, a ministry that advocates for and ministers to veterans.

The couple travels around the country speaking to different groups about overcoming obstacles and they also work with government officials to improve veteran care programs.