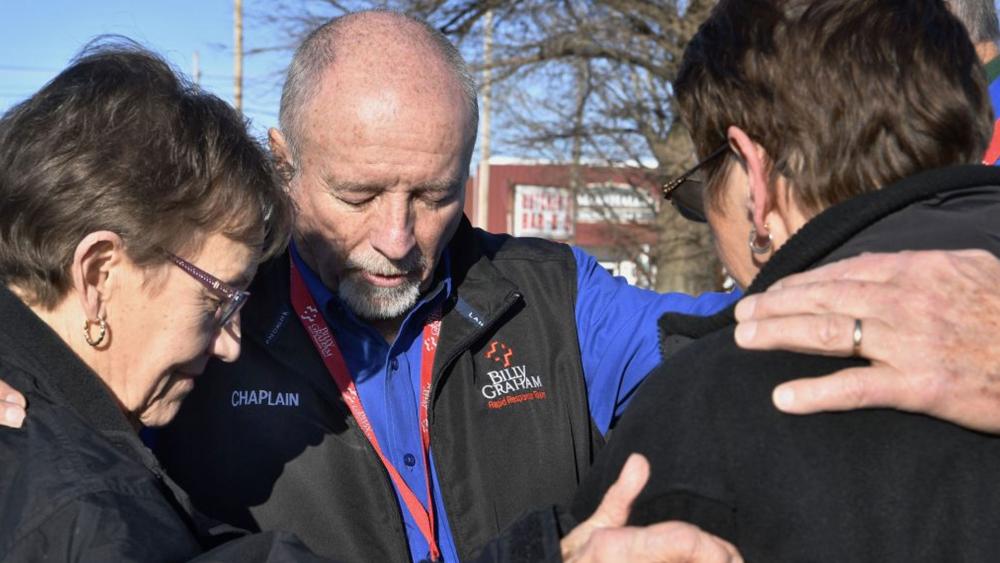 Kentucky Revival
The small town of Benton, Kentucky was rocked by a terrible tragedy when a shooting broke out at Marshall County High School last month. A 15-year-old student fatally shot two fellow students and injured 14 others with a handgun.
When a team of crisis-trained chaplains from the Billy Graham Evangelistic Association made their way to Kentucky, so many people lined up to speak with them that the crowd swallowed the parking lot.
The 14 Rapid Response Team Chaplains set up their Mobile Ministry Center in the parking lot of a local BBQ restaurant ready to comfort the population of around 4,500.
According to their website, the chaplains were well-received by the community, and have participated at multiple events, including a prayer vigil, memorial service, government meeting and blood drive.
Chaplain Coordinator David Hicks said many have rededicated their lives to Christ.
"You can see the Spirit of God working here," he said.
Chaplains also said they've had the opportunity to pray with local pastors, government authorities, school administrators and counselors, and many of the shooting victims and their families.
"This is as faith-based a community as I've ever encountered," Bob Cooper, a crisis-trained chaplain, said.
The chaplains are continuing their work throughout the coming weeks and ask for continued prayers for the town of Benton.