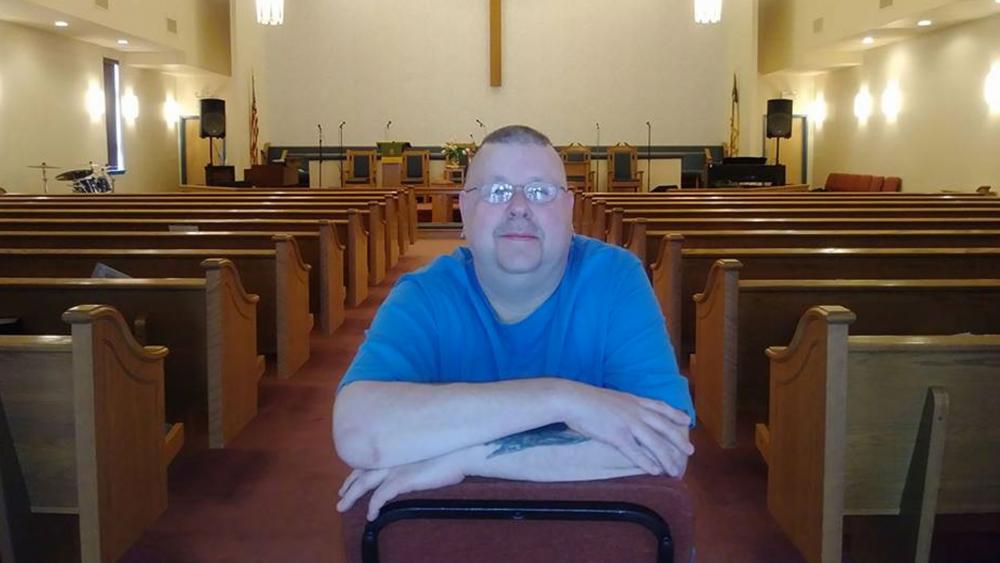 A former KKK member now has the unlikely job of being a security volunteer at a predominately black church in Millville, New Jersey and he considers the church's pastor to be one of his "brothers."

Bednarsky, lovingly called "Chaplain Joe" by churchgoers, admits to once hurting black people, burning crosses on their lawns and referring to them with racial slurs.

Joe said he grew up fighting black teenagers in his Millville neighborhood. However, it was his interest in photography that led him to the doorstep of a Klansman.

"I started to hang out there and be a part of the family...that's when the brainwashing process started," Bednarsky told CBN News.

Chaplain Joe said he started to receive literature that sold the Klan as patriotic, a group of people who were proud of their race and their community.

"It wasn't until I became a member of the Klan, at the age of 18, that I began to experience the hatred of the Klan," he added.

He said it was the hate in his heart that drove him higher in the Klan's rank and deeper into violence.

"I was incapable of loving others because I didn't love myself," Bednarsky told the Philadelphia Inquirer. "So many people today are unhappy with themselves and don't love themselves. I had that anger in me. I told people that I'd shoot you, your kids, your wife and think nothing of it. That's how bad it was."

But one night while watching the 700 Club, Joe said he had an encounter with the Holy Spirit that turned his life around.

"I watched The 700 Club quite often. I remember Pat Robertson was talking," he said. "I was tired of my life and a lot of things were happening. I was being investigated by law enforcement officials and just not happy with my life in general."

"That night when I gave my heart to Jesus, God healed me instantly and took the hatred away that I had towards other people of other cultures and races," Bednarsky said.

Joe admits to backsliding and going back to the KKK, but in March 2007 he used his position to bring the operation in New Jersey to an end.

"God had been dealing with my heart for a number of years...I knew what the Word of God said about we are to love one another," he told CBN News. " I would always hear that small voice...God convicted me telling me these things are wrong."

Bednarsky said he used his influence to shut down the KKK's operations in18 states, which had 20,000 members in it, according to SNJ Today.

"Light will always overcome darkness. Darkness cannot exist in the light and it is better to love than hate," he said.

Bednarsky later resigned from the organization for good and burned his KKK robe and sold his high-ranking robe and hood.

"I donated the money to a church," he said.

Bednarsky now volunteers on the security team for Bethel African Methodist Episcopal Church and he also preaches about God's love all over south New Jersey.

"I share the good news of Jesus with them and then I tried (sic) to help them with encouragement and I let them know that there's someone out there that cares," he said.

There's not a day that goes by that I don't tell somebody about the good news of Jesus," Bednarsky said. "We as Christians need to share how they can experience this love.

This Chaplain goes into the jails and ministers to Russian mobsters.

"I think that showing others the love and compassion of Jesus is an everyday thing when you love Jesus and Jesus is your whole life," he added.