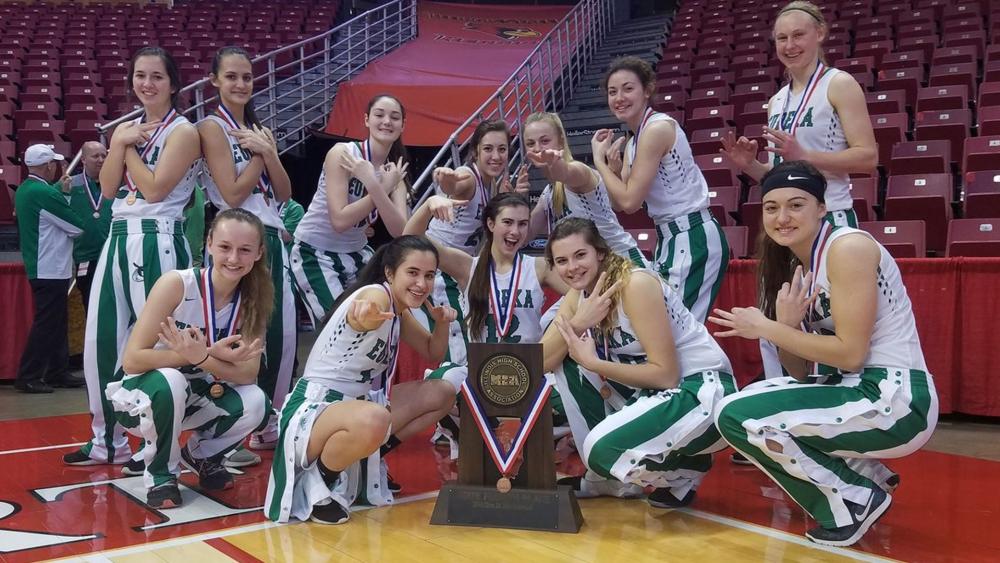 An Illinois girl's basketball team chose to share the Gospel during their competition at the state tournament last week.

The Eureka High School Hornets displayed Colossians 3:23, "Whatever you do, do with all your heart" on their grey warm-up Jerseys.

"We showed our commitment to Christianity. It was a no-brainer," head coach Jerry Prina told CBN News.

Colossians 3:23, a subtle reminder from the Eureka girls basketball team. Observe and listen, we can all learn a lot from high school kids.

Prina shared the verse with the girls early on in the season.

The team's seniors decided to use that verse to keep them motivated and focused throughout the season.

The Hornets has some success and some setbacks before losing 45-32 to Teutopolis High School Saturday night.

"It can be disappointing...we felt like throughout the tournament we showed great class and leadership qualities that kind of exemplified characteristics to be successful," head coach Jerry Prina told CBN News.

However, it was still a record-breaking season for the team.

Throughout the tournament, the Hornet's found themselves trailing behind their competitors by several points, but they pulled out the win at both the regional and district championships.

"The next day, our team would warm-up to the 'Comeback' song that you hear on the radio," Prina said referring to the popular song by Danny Gokey.

Although the team fell short of a state championship, they walked away with a big victory by finish fourth and taking home their first state trophy in their school's program history.

"Just knowing that we started something that has never been done before...it just makes you cherish it a lot more," senior Natalie Bardwell said.

Bardwell said being able to share the Gospel with a packed arena is an even bigger victory.

"We wanted to be those lights that we can be and we just want to be the ones that are sharing the Gospel, even if it's as simple as sharing a verse on the back of our shirts," Bardwell told The Peoria Journal Star. I think that we represented Eureka well and we also represented God well this entire season."