'Jesus Sent Them Out There in Twos': As Police & Pastors Tag Team, Norfolk Crime Rate Plunges 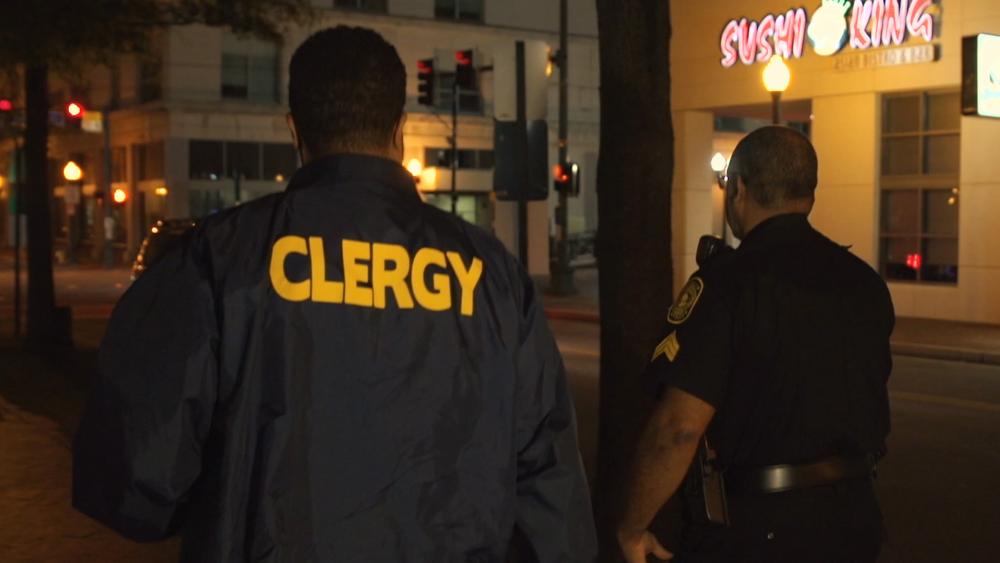 NORFOLK, VA — These days, relationships between communities and police are often strained. But in 2017, Norfolk, Virginia police chief Larry Boone implemented an idea he had—to bridge the ever-growing gap.

"Some portions of Norfolk are very difficult. A lot of these incidents are occurring just down the street from the church. Wouldn't it be a fantastic idea if clergy and police could patrol together in some of our most problematic areas in the city?"

Chief Boone shared his idea with local pastors. "They were like, 'I like that idea.' I said, 'Can I have your support?' And, of course, they all said, 'Absolutely.'"

They call it "The Clergy Patrol" where police and local pastors, like Dr. Antipas Harris, work side-by-side.

"This is a great idea for pastors to really engage the police and not just wait to a crisis, but to be proactive building relationship, mediating conflict, trying to find ways to de-escalate situations."

When officers respond to a call, the clergy stay in the patrol car. Once it's safe, they can minister in any way they can.

"We're there to support as needed. I've even prayed for guys who were in handcuffs and asked for prayer. And in most cases people welcome prayer."

Chief Boone says, "He's just there to offer you a few words of wisdom, counseling, whatever the case may be.  And that benefits the community, that benefits the government, i.e. police, as well as the church."

Rev. Leroy Briggs has been a Norfolk police chaplain for 18 years. He says the police and clergy share common goals.

"They're both serving and protective.  Police call it 'the community', pastors or clergy call it 'the congregation.' Jesus sent them out there in twos so they'd have somebody to lean on and they can lean on one another and that way support and enhance the community."

He also knows how the presence of a pastor can bring calm to a stressful situation.

"When you have that calmness of police and clergy together, it just brings up an atmosphere, an environment of peace."

"They are giving us credibility in some of the communities that we don't have it," says Chief Boone.

The program is also giving pastors a deeper understanding and respect for the officers, and the work they do.

"Don't let your congregation think that the policeman is a robot.  No, he's a human being with a family, somebody that cares. And those things need to be said from the pulpit."

Chief Boone says, "These pastors are realizing, that they thought they knew – but you don't know until you're in the game. The challenges that these officers go through, and they have a much greater appreciation for what they do."

Dr. Harris says, "Being involved with the police allow us to enter into new realities all the time. Most of them are saying, 'This has been life-changing for me.'"

Perhaps most important of all, the clergy patrol is restoring hope for a stronger community and a brighter future, helping Norfolk post its lowest violent crime rating in 17 years.

"I think Clergy Patrol is a bridge.  And on that bridge together we build a relationship that I think could really fortify the future and strengthen the public safety in our community."

Rev. Briggs says, "I would like to see Norfolk united.  United, where all people just come together and they can help one another. It's going to get that way one day if we just keep on doing what we're doing and this police department in Norfolk keeps on being a blessing to the community."