The Dow Jones industrial average opened another 567 points lower Tuesday morning, but then quickly bounced back, erasing that additional 500 point loss and climbing into positive territory finishing with a gain, coincidentally, at 567.

Despite the back and forth, financial analysts said Tuesday's trading looked similar to the patterns that have shaped the market for the last year: investors bought companies that do well when economic growth is strongest.

Brent Schutte, chief investment strategist at Northwestern Mutual Wealth Management, told The Associated Press the plunge wasn't caused by inflation fears alone. The markets have been unusually calm since late 2016, and he said investors were betting that would continue.

A 10 percent drop that is known on Wall Street as a "correction." Corrections are seen as entirely normal during bull markets. Analysts say it has been a very long time since the last market correction, which ended almost two years ago.

Schutte added that corrections can end quickly, and they often do so when investors see evidence of continued economic growth.

Market pros do think the global economy will keep growing this year even though that is likely to bring more inflation. Schutte said that as central banks stop propping up the market, trading will probably be more volatile in the next few years.

That volatility is expected to continue after days of decline, capped by Monday's dramatic 1,175 point sell-off, for a significant correction after the Dow had reached an all-time high on January 26.

Overnight, stock markets around the world took a beating after the Dow's smooth ride above 25,000 ran into a brick wall Monday, even though it was a pullback some analysts had warned was long overdue. After the biggest point-plunge in US history, some were tempted to think the sky might be falling, but most experts disagree.

Fears of higher interest rates escalated into a rapid selling frenzy Monday – some of it computer-generated – that wiped out the market's gains for the year. At one point, the Dow dropped 1,000 points in less than an hour, and it ended with its worst day in more than six years.

James McBride of the McBride Group said, "The stock market has gone too far, too fast. It's just appropriate to hit the reset button."

Before Monday, the S&P 500 index had gone a historic period of time –  about 400 trading days – without a correction of even five percent.

Market professionals warn that the sell-off could continue for a bit. But few see a recession on the horizon, and they expect the strengthening global economy and healthy corporate earnings to eventually help stock prices recover.

Greg McBride of Bankrate.com said, "When the market pulls back as sharply as we've seen in the last few days, there's a tendency to go, 'Oh no what's wrong?' There's nothing wrong. What you're seeing is just some profit-taking because of the fact that interest rates are going up."

President Trump was in Ohio Monday praising his recently-passed tax overhaul law, saying his tax cuts are at the center of the improving economy.

"We've already created about 2.6 million jobs since the election including 200,000 new jobs in manufacturing," Trump said.

Some in the news media were busy poking at the president over Monday's correction, saying Donald Trump took credit for rising stocks, he should take responsibility for a falling market, but many experts think this sell-off is just a speed bump on the way to even higher prices down the road. 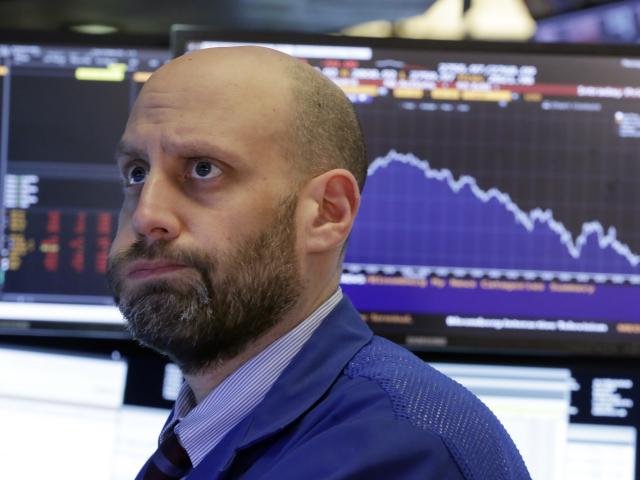 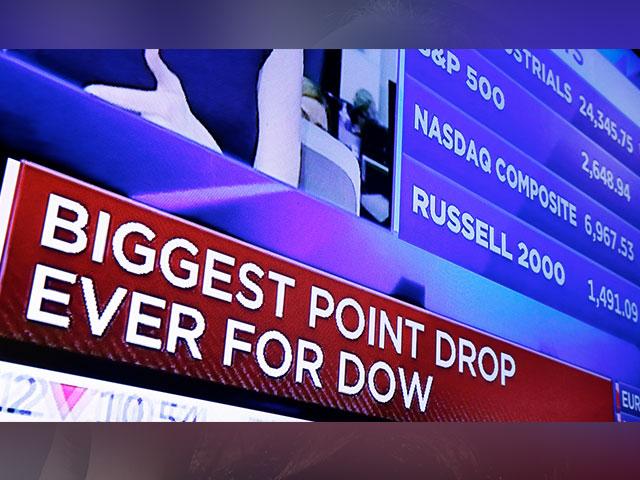