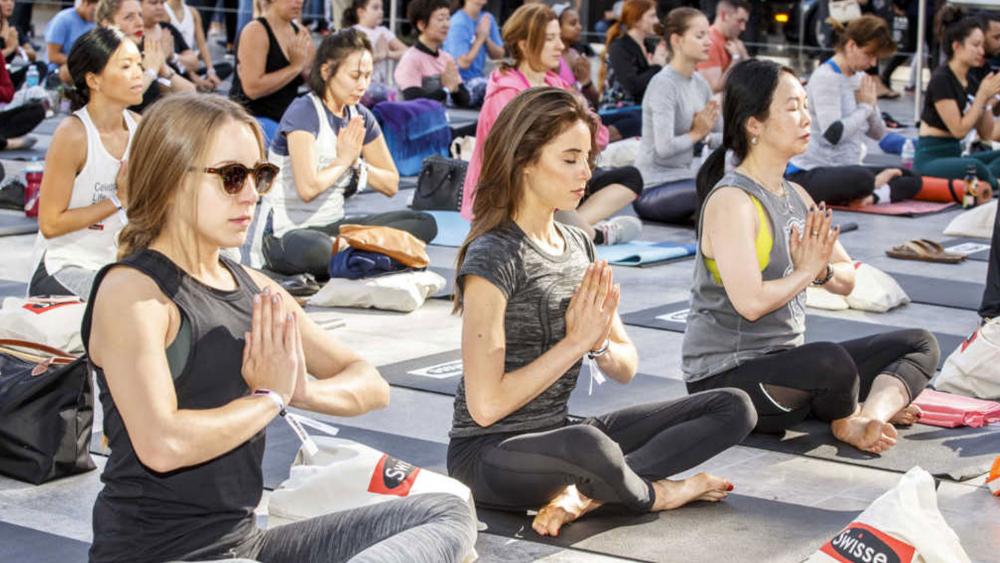 A new debate hit the internet today and it put yoga squarely in the crosshairs.

It all started with this tweet observation from writer Matt Walsh:

It's kind of amazing to see all of the Christians who think nothing of going to a yoga class. There are many excellent ways to get in shape that do not involve participating in Hindu worship.

And with that, the yoga Twitter war began. Walsh took issue by linking yoga to Hindu worship, which appears to be a fair assertion. The debate, however, is hardly anything new. The issue was raised by the BBC a few years ago, interestingly by a muslim woman, not by a Christian. They also included concerns about practicing it from a number of other religions:

“When I told my family and a few friends, they did not react positively,” she recalls. “They were very confused as to why I wanted to do it – that it might be going against Islam.”

Their suspicions about yoga are shared by many Muslims, Christians and Jews around the world and relate to yoga’s history as an ancient spiritual practice with connections to Hinduism and Buddhism.

If I was to kneel down does that mean I’m praying – or am I just kneeling?

Last year, a yoga class was banned from a church hall in the UK. “Yoga is a Hindu spiritual exercise,” said the priest, Father John Chandler. “Being a Catholic church we have to promote the gospel, and that’s what we use our premises for.” Anglican churches in the UK have taken similar decisions at one time or another. In the US, prominent pastors have called yoga “demonic”.

Despite not being the first Christian to ever raise the issue, Walsh began taking flak instantly. He returned fire, posing a hypothetical about using an exercise derivative of the Muslim faith:

It's kind of amazing to see all of the Christians who think nothing of going to a yoga class. There are many excellent ways to get in shape that do not involve participating in Hindu worship.

One of the problems in an argument such as this, is that yoga is such a broad term. It doesn’t mean the same thing to everyone, and there’s no one guideline across the board for how it’s taught. Walsh likened engaging in yoga to using a Ouija board, saying that while you may not mean any harm by it, harm could come anyway.

After receiving a mountain of comments, Walsh decided to expand on the topic in the Daily Wire. He wrote:

I have been mocked relentlessly for this opinion, especially by Christians who find any criticism of yoga to be not only wrong but hilarious. It is just a given, in their minds, that Christians should feel free to engage in pagan spiritual practices. The matter is not worth discussing.

This is a very odd situation.

As Albert Mohler points out, Christians of any time prior to the mid 20th century would have taken the reverse approach. They would have been shocked that any Christian would even consider attempting to adopt a Hindu spiritual exercise. Today, however, many of us have adopted it to such an extent that we now defend it with the same ferocity that we defend our faith itself. There are some who seem defend it with even more ferocity. As with most things, if I have to choose between the modern Christian attitude or the traditional Christian attitude here, I will lean very heavily toward the latter.

It’s always wise to proceed with caution if we’re not 100% sure the activity we’re engaging in is aligned with the Christian walk. But there are also times when Christians get a bit too uptight about things as well. What do you think?

Check out the rest of Walsh’s piece HERE.