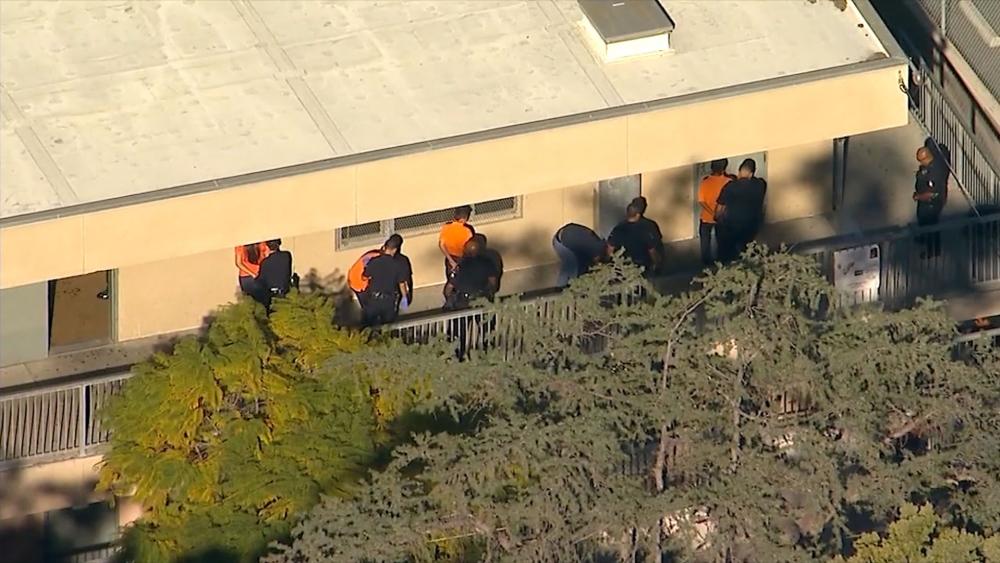 A 12-year-old girl has been arrested after two teenagers were shot and wounded in a Los Angeles middle school.

The shooting happened at Sal Castro Middle School on Thursday.

Police are now calling the incident an accident. A 15-year-old boy was shot in the head and a 15-year-old girl was shot through the wrist.

Miraculously, both students are expected to survive, although the boy who was shot in the head was in critical condition. Two other students and a teacher were also treated for minor injuries and released.

The accidental shooter could be facing charges of negligent discharge of a firearm.

Classmate Jordan Valenzuela says the student was sobbing and kept repeating, "I didn't mean it." He says she told him that the gun was in her backpack and that it accidentally went off when she dropped the bag.