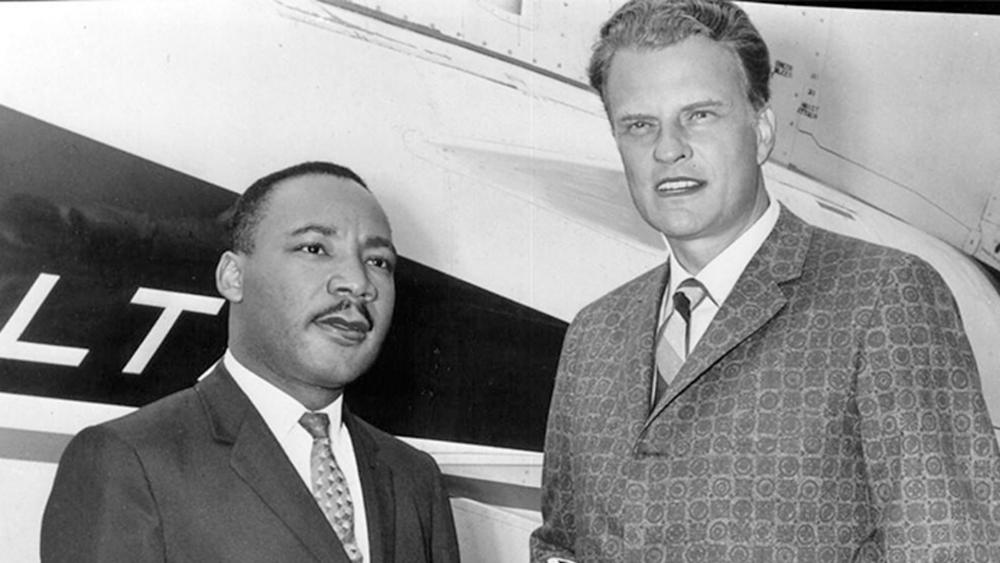 In 1953, America's borders were filled with racial tension and uncertainty. The Rev. Billy Graham was sailing uncharted territory when he did the unthinkable.

He held a crusade in Chattanooga, Tennessee, where hundreds of thousands of men, women and children of all races sat together and worshiped the Lord.

He then took his fight to end segregation to the streets.

Graham had been preaching at Madison Square Garden in New York to thousands nightly, but very few blacks came.  So at the suggestion of a colleague, he asked Rev. Howard Jones for help.

Jones recommended that Graham take his message to the streets of  New York, and that's exactly what he did.

"I decided I was never going to speak to anymore segregated audiences and he said, 'I want it to be that way,' " Jones told CBN News. "He said, 'What would you suggest that we do?' I said, 'If blacks aren't coming go where they are.' He said, 'What do you mean?' I said, 'Go to Harlem.' "

Graham preached at Salem Methodist Church to thousands.  The next week, he went to Brooklyn.

Prominent singer Ethel Waters attended the event and re-dedicated her life to Christ.

Graham even invited his good friend Dr. Martin Luther King Jr. to one of the events.

Graham faced a flurry of criticism from both blacks and whites. But that did not deter him.

Jones explained, "Some whites wanted to know why you would fool around with these people. And some said if you're going to integrate your team we will not support you. We will not give you money, so they used all kinds of pressures on him, but he said I don't care. I'm going to stick by my guns."

"Some of the criticisms were that Graham wasn't doing enough to support the black community and that he didn't speak enough about civil rights," said Dr. Ralph Bell.

And so he did, holding crusades from Arkansas to Alabama.

Graham even went to South Africa to preach before an integrated audience in 1973.

He also worked closely with Presidents Dwight Eisenhower, John F. Kennedy, Lyndon B. Johnson and Richard Nixon – urging them to ensure equality for all.

In the end, Graham's legacy is one that is filled with a message of love, togetherness and unity.

"I think Billy has proven the fact that in Christ there's no east or west and no north or south," said Jones. "We just love Him."