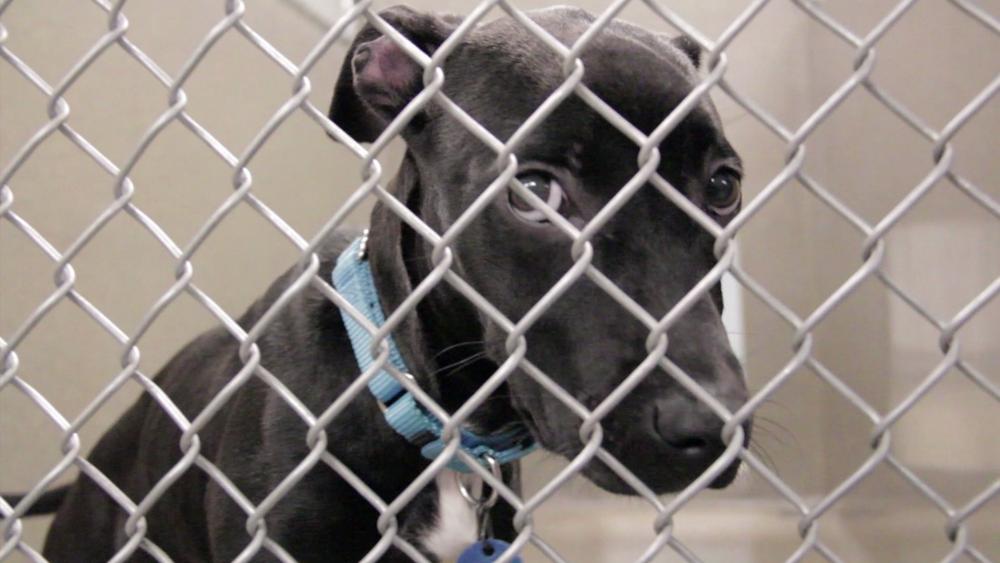 WASHINGTON — Americans have mixed opinions about medical research on animals. Regardless of how you feel about it, you may be surprised to learn you're paying for it through your tax dollars, including painful tests on dogs.

Todd Woessner is an Iraq war veteran who works in the maintenance department at the Veterans Affairs Hospital in Richmond, Virginia.

While on a service call to the third floor one day he was shocked by what he saw.

"We saw a bowl sitting on a counter with a red like substance in it. We walked over and looked at it and there was a handwritten note beside it, and it spoke about where it came from, but it was a dog's heart," he said, still affected by the experience.

Shocking and Cruel Treatment of Dogs

Harvesting the hearts of dogs euthanized after medical testing is just one of the shocking practices going on at Veterans Affairs that's causing a national stir.

Last year he started following the money at the VA and discovered on paper what Woessner was witnessing and documenting in person.

"They look you in the eye and you can tell they're fearful. It's almost like they're looking at you like wondering 'are you here to help or hurt?'" Woessner told CBN News.

This type of research on dogs, the kind that causes pain, is conducted at several VA hospitals across America.

It raises the question: is experimenting on man's best friend actually improving the lives of veterans, or is research on dogs antiquated and just plain cruel?

"I was very much taken back," said Rep. Brian Mast (R-FL), remembering when he found out about the painful dog testing.

"It's Un-American to Not Love Dogs!"

Mast served as a bomb disposal expert in the US Army and lost both legs in service to his country.

He's a patient at the VA but didn't learn about the dog testing until he won a seat in Congress.

"You know, I've worked with dogs on the battlefield, you know, my family has always had dogs, my kids have a dog. It's un-American to not love dogs," he said with a smile.

Mast joined other members of the House to temporarily cut off funding for the research that causes dogs pain.

The legislation has bipartisan support.

"If you can find a less invasive way of getting the same research results without torture and extreme pain to our animal friends, we want to go that route," said Brat.

He says it may lead to advancements "that offer seriously disabled veterans the hope of a better future" as he wrote in an op-ed.

He added, "Canine research works because of the distinct physical and biological characteristics humans and dogs share that other species do not."

Most of the advances the VA reports gaining from dog research came in the 1950s and 1960s.

However, the department credits the 2016 FDA approval of the first implantable artificial pancreas for diabetic patients to research it performed on dogs.

And the VA warns "Stopping current...canine research would stop the progress that VA is making to find better ways to care for our Veterans with spinal cord injuries, cardiac arrhythmias, diabetes, risk of strokes, and needs for organ transplants."

Woessner says he's disturbed valuable space and resources are being used to conduct painful tests on dogs while veterans struggle to get the care they need in a timely manner.

A VA patient himself, Woessner waited nine months for a routine appointment.

"What do they pay for a research dog compared to – how many therapy dogs could you buy for veterans who are in danger of hurting themselves or need a therapy dog?" Woessner asked.

For Rep. Mast, advocating for veterans is his most important job.

"I take it seriously any time there's even the slightest failure for one of those people that were willing to give the last beat of their heart in service to this country," Mast declared.

He's also uncomfortable with hard-earned tax dollars being spent on procedures that make many Americans cringe.

For Rep. Mast it comes down to fighting for good and against evil.

"I was very proud to be a soldier and the nature of my work, serving in special operations and being a bomb technician, I've had the opportunity to save life and I've had the opportunity to take life. And I know the difference between innocent and evil and I don't think anybody should be bashful about pointing out what is innocent and saying that's where our time is well-spent to advocate on behalf of the innocent, regardless of whether they're dogs or other animals or whether they're people," Mast said.

In an interview since Secretary Shulkin wrote the column in this story, he says he's "not a strong believer in the need for canine research" and no new medical testing on canines at the VA will be allowed to go forward without his personal approval.

But a source tells CBN News that the testing is still going on.

'Service Before Self': Why Veterans Struggle to Find Civilian Jobs, and Who's Helping Them