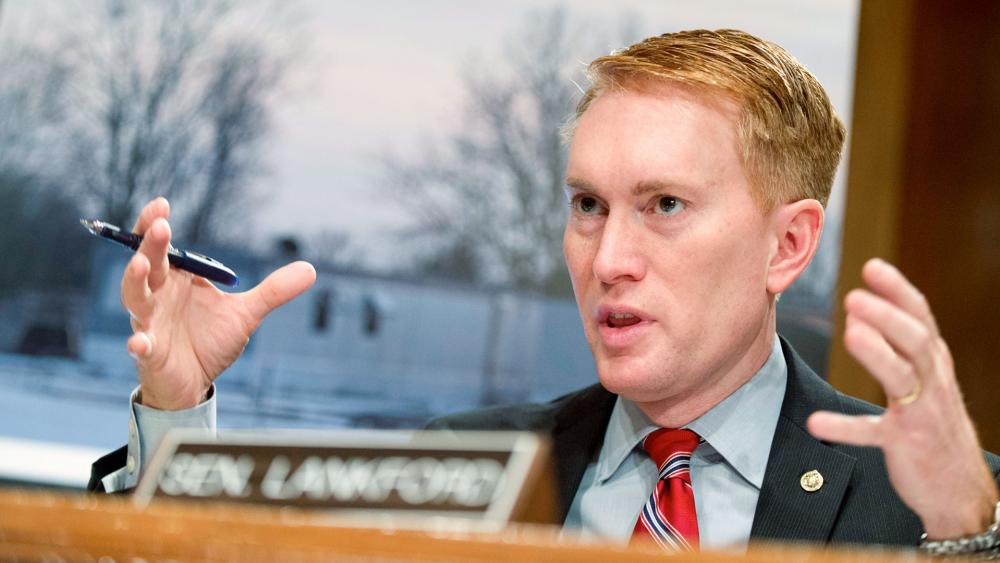 LYNCHBURG, VA – If you spend time with God and learn His voice then He will direct your steps.

Instead of delivering a political message, Lankford put on his preacher hat and opened by telling students, "I wanna have a conversation about where you are spiritually."

"Over and over in the Bible Jesus says, 'Come follow me,' " Lankford told them.

As students grapple with questions about what they're going to do after college, Lankford reminded them of Jesus' disciples.

He encouraged students to get into God's Word, hang out with other people who follow God and spend time in prayer alone with God.

"If you're not spending time alone with God, you're not going to hear His instruction," he admonished.

"This is the part where people say, 'God speaks to you?' Yes. That's what 'follow' me means," Lankford said.

"There's nothing more intimidating than praying at the beginning of the day by saying, "God, I want to spend my day following You,' " he told the students. "God will speak to you if you trust Him."

Lankford says when he told people he was running for Congress, many said, "But you're leaving ministry."

He replied, "This is me following Jesus."