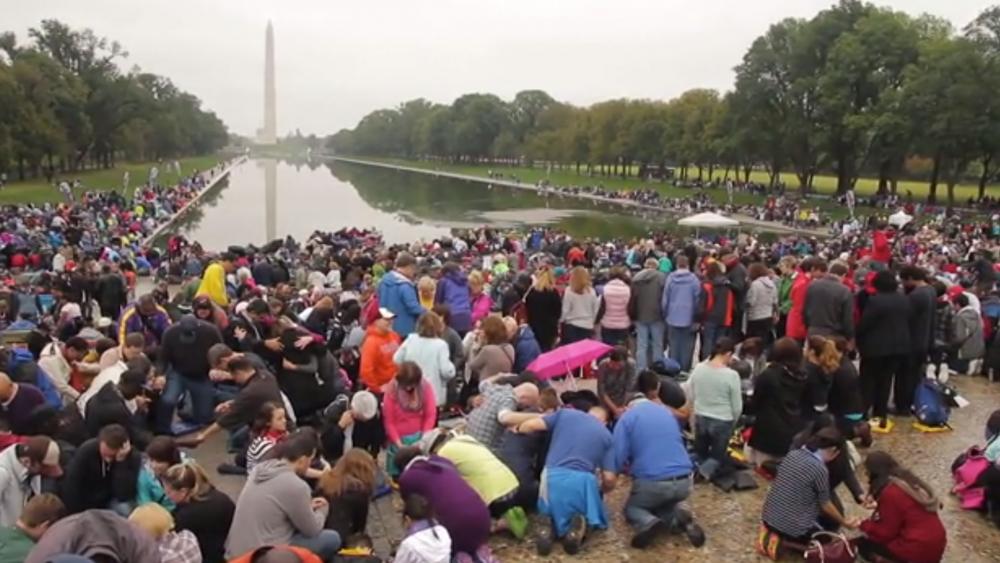 ORLANDO, Fla. — Many Christians believe they've lost the culture war and their nation is slipping away. Some say a Third Great Awakening could rescue it. But others say it'll take more than a nationwide revival. It'll take a world-changing Reformation to win for Jesus what's promised Him.

In the prophetic Psalm 2:8, God the Father says to Jesus "…I will make the nations your inheritance, the ends of the earth your possession."

The resurrected Jesus told His followers in Matthew 28:19, "Go therefore and make disciples of all the nations…"

Evangelical Christians are used to the idea of leading individual souls to Christ and discipling them, but in the light of these scriptures, is that too small a mission?

Pastor Mario Bramnick of the Latino Coalition for Israel advised the GOP and Trump campaign before the election and the Trump White House since. He told CBN News individual evangelism is crucial.

"People are very important," he stated. "Salvation and evangelism are important."

But he also pointed out salvations one-by-one won't turn a whole nation, and revivals don't last long enough. Reformation, though, can fundamentally change, or re-form, a country.

"Reformation really is the Kingdom of God coming into every aspect of society," Bramnick explained.

"We've got to think big. We've got to think beyond just the person in front of us," Lakeland Florida Pastor Jeremiah Johnson of Heart of the Father Ministry suggested. "The Church has settled for a small vision; maybe a much smaller one than God would have intended."

He added, "It's real important for the church to really shift into Reformation, which to me is long-term. It's sustained. Revival is short-term."

Johnson shared that message at an Orlando conference put together by Christian leader Dr. Lance Wallnau, author of "God's Chaos Candidate," a book published before the 2016 election that argued Trump would win and begin to transform the United States.

Reformation is for the Long Haul

Wallnau pointed out how salvation and revival are like a beginning, but Reformation is a long-haul process that transforms countries.

"We confuse the event of God showing up with the process of growing up," he explained. "Just because you had a baby doesn't mean you've raised an adult."

Wallnau said the path to Reformation is millions of believers capturing the high points of society that influence culture, what he labels “the 7 Mountains of Influence.” From those high points in government, business, education, media, arts and entertainment, religion and the family, they can then re-form nations.

He told CBN News, "I am holding out for an end-time move of God that we always think of it in terms of a harvest of souls. Because we play shallow. We should be looking for a harvest of nations."

Changing the World for Generations

Both Wallnau and Johnson insist Christians need to go out in a long-term mission of changing the world where they can, like at work and in their neighborhoods. And change it for decades to come.

"Why don't we think of our children's children?" Wallnau asked. "I look at the long-term and I say 'God wants us to think in terms of generations.'"

Johnson said of today's believers, "They're being impacted inside of the church. But we're not empowering them to reach out in their various spheres of influence."

Wallnau added, "When Christians don't know what to do, they have prayer meetings. But that doesn't mean that the prayer meeting is a substitute for doing something. What we do is we get together and pray. And then we think 'well, that's done!' Actually, no. That's like the starting point. What's God going to do next, after prayer?"

Speaking of starting points, both Wallnau and Bramnick believe the 2016 election could be the starting point for a long-term Reformation.

"When we realized we were about to lose our nation in the last election, we united, we began to cry out to God, repent, fast and mobilize," Bramnick said of Christians concerned about a progressive victory by Hillary Clinton's forces.

Wallnau said of the election, "25 million spiritually-active, governmentally-engaged conservatives — Sage-cons — Christians — showed up, 92 percent in alignment with the fact that it wouldn't be Hillary. It'd be Donald Trump."

He said of Trump's presidential win, "In the emergence of this man we see the first signature victory of God taking the wheels off the chariot of Pharaoh."

Bramnick now regularly counsels and prays in Washington and the White House, where he remembers what President Trump told evangelical leaders from the start.

The Hispanic pastor recalled Trump said, "'You are now freely welcomed here.' And then he said to the faith community 'I am restoring your voice, and I'm restoring it at the highest level.'"

In the following months, Trump made good on his word.

"This president has opened the door to the faith community more than anyone else," Bramnick explained. "Tony Perkins {of the Family Research Council} has said that within the first six months of the Trump administration, he's had more access to the White House than over eight years during President Bush's administration."

Bramnick has seen what he considers miracles at the White House, like when he met to pray with fellow Christian leaders such as the Latino Coalition for Israel's Ramiro Pena across the street from the presidential mansion.

"Someone gave Ramiro Pena a word, and said, 'Pastor Pena, I want you to look out the window' — the window oversaw the White House — 'I want you to see yourself in the Oval Office and decree and declare the Fatherhood of God over President Trump,'" Bramnick recalled.

Just a few minutes later, Bramnick got a phone call from the White House to come right over.

"We get called to the Oval Office. Pastor Ramiro Pena speaks to the president, decrees and declares the Fatherhood of God — what we'd prayed and visualized an hour-and-a-half before!" he exclaimed.

Wallnau believes this favor in the highest places can be accelerated into worldwide Reformation that preserves what the God of Liberty wants for humanity.

Those Who Transform Empires

"What we get is a global movement," Wallnau stated. "It's not just about America. America is a key to keeping the door open on the experiment of self-governing, self-control, liberty and religious freedom."

He added, "If America can hold its place, the world order will maintain freedom and democracy."

Enjoying such favor as believers now do in Washington, Bramnick pointed out they can become like Daniel, Joseph and Esther in the Old Testament: empire-transformers.

"Daniel was able to influence at the highest levels, as were Joseph and Esther," Bramnick explained. "These are all examples in the Old Testament of prophets being able to transform so that there's Reformation."

War for the Soul of the Nation

It'll be a real fight, though, against entrenched spiritual powers.

"Do not think that the door cannot be closed. It is a massive battle," Bramnick warned. "We cannot let our guards down. There is a war for the soul of our nation."

Wallnau issued a warning and a hope, saying, "My burden is Christians are not informed on what's going on, what spiritual powers are doing to dismantle America. Christians don't see how the Left is working. They don't understand how the game is played. But if we did, WE could actually play the game. And we could start to shape the narrative of the nation and bring it back into a place where it honors God."

Johnson suggested victory will take every believer stepping up.

Influence Where You Are and Who You Can

"Whether you have influence with five people or 500,000 people, be faithful where God has strategically positioned you," he said.

Then Johnson recalled a word he recently received from God: "And the Lord said to me, 'if you'll be faithful in small things, I'll give you access to the big things.' David was faithful to kill the lion and the bear; that gave him the promotion for taking on Goliath."

In a time of mass shootings, terrorism, horrible political division, hurricanes, fires and floods, Johnson said it would be easy to believe God is bringing judgment. But the pastor looks at it differently.

He stated, "Isaiah 60:1-2 says that darkness will increase AND the LIGHT will increase. The glory of God is going to come upon you. So it's time to arise and shine."

'God is Not Through with America'

Johnson added, "What I'm telling people is I believe that the increased darkness in our nation is a prophetic sign to the church that this is our time to shine."

Bramnick added, "God has given us an authority. We need to begin to decree what heaven is decreeing. For example, 'it's a new day for America. God is not through with America.' There are shakings, but the shakings, as Haggai said, will bring about an outpouring of glory."

The pastor concluded, "America's greatest times are now. So we need to begin to decree by faith what God is saying for our nation. We need to intercede and we need to mobilize."

Wallnau concluded, "We've already seen the move of God start. If we can just stay engaged in the process, we can see this move recover ground like we've never seen before." 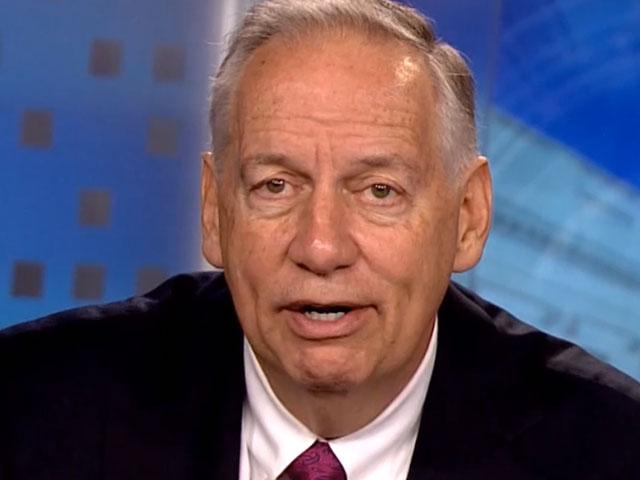 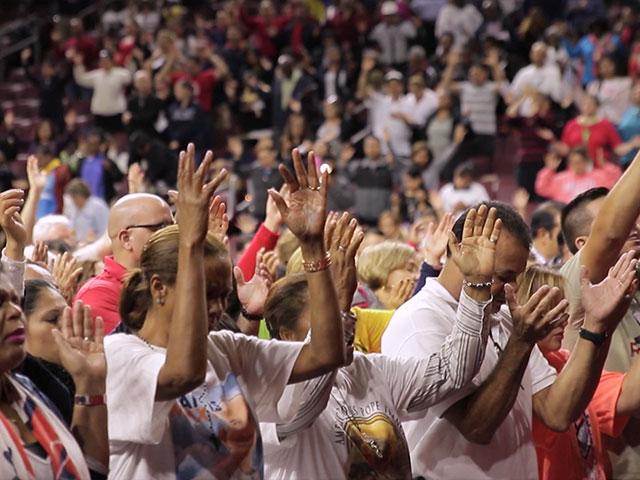 It's Your Awakening: How Revival Depends on You
CBN News Email Updates