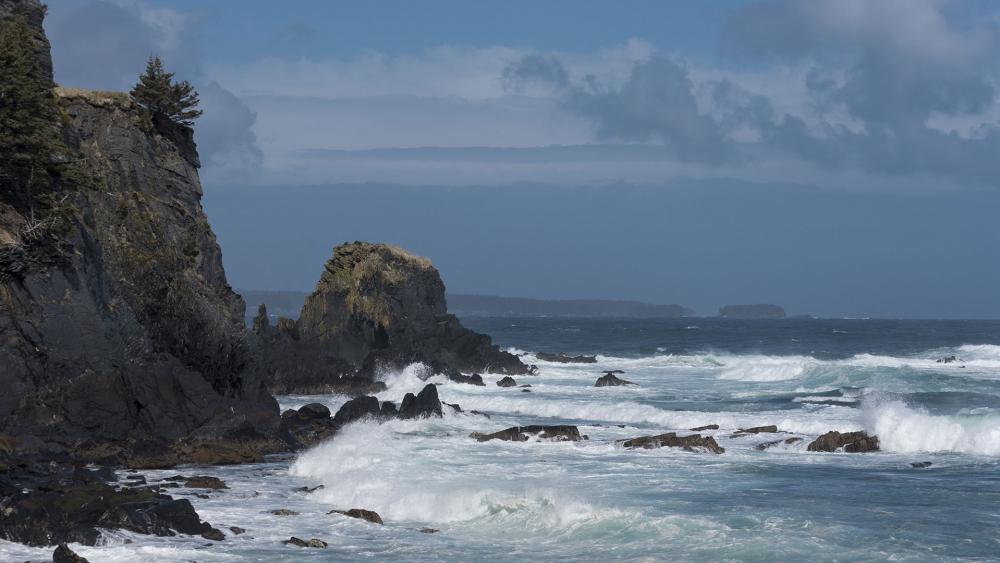 Officials at the National Tsunami Center canceled the warning after a few tense hours after waves failed to show up in coastal Alaska communities. No serious damage had been reported.

The strong earthquake hit at 12:30 a.m. and was recorded about 170 miles southeast of Kodiak Island in the Gulf of Alaska. Kodiak Island is located about 200 miles southwest of Anchorage, Alaska's largest city, which was not under a tsunami threat.

Initially, the USGS said the earthquake was a magnitude 8.2. That prompted the tsunami warning for coastal Alaska and Canada's British Columbia, while the remainder of the U.S. West Coast was under a watch.

An advisory remained in effect for a small part of the state. Watches were canceled for Washington, Oregon, California and Hawaii. Officials in Japan also said there was no tsunami threat there.

Warnings from the National Weather Service sent to cellphones in Alaska warned: "Emergency Alert. Tsunami danger on the coast. Go to high ground or move inland."

Kodiak officials warned residents to evacuate if they lived in low-lying areas. Residents scrambled to safety, and some sought refuge in schools that were transformed into shelters.

Lt. Tim Putney of the Kodiak Police Department said: "We haven't seen anything yet or had any reports of a wave."

However, officials told people to hold fast at evacuation centers until further notice. He said the town has several shelters above the 100-foot mark, and they were still encouraging people below that level to evacuate.

The earthquake woke Putney out of a dead sleep, and he estimates it shook for at least 30 seconds.

"I've been Kodiak for 19 years that was the strongest, longest lasting one I've ever felt," he said by telephone.

Alaska Gov. Bill Walker said on his Twitter feed that he has been in contact with local officials and the state's adjutant general, and he urged residents to heed any warnings to move inland or to higher ground.

The Alaska Earthquake Information Center said the quake was felt widely in several communities on the Kenai Peninsula and throughout southern Alaska, but it also had no immediate reports of damage. People reported on social media that the quake was felt hundreds of miles away, in Anchorage.

Kerry Seifert, an emergency management specialist in the state emergency operations center, said the center had not received any reports of damage as the timeline for initial waves reaching some communities had passed.

"This is almost too soon to be into it to get that kind of information," he said. "And certainly, communities are climbing hills, some of them."

Larry LeDoux, superintendent of the Kodiak Island Borough School District, said schools were open as shelters and estimated there were about 500 people at the high school.

He described the atmosphere inside as calm, with people waiting for any updates.

He said sirens go off in the community every week, as a test to make sure they are working. He said the sirens were sounded for the early Tuesday tsunami warning.

Keith Perkins, who lives in the southeast Alaska community of Sitka, arrived at the high school early Tuesday morning, after an alarm on his cellphone alerted him of the tsunami warning. He says the city's sirens also went off later.

He said people on Facebook were chattering back and forth about whether this was real or not and what they should do.

Given the magnitude of the earthquake, Perkins said he thought it best to head to school, the tsunami evacuation point, even though in the past he felt his home was at a "high-enough spot."

"I figured I'd probably just better play it safe," he said.

He said police officers were directing traffic and the parking lot at the school was filling up. He said he saw some people carrying suitcases or backpacks. Perkins said he didn't bring anything along.