Fighting Abortion: The Battle So Far and the Battle Ahead 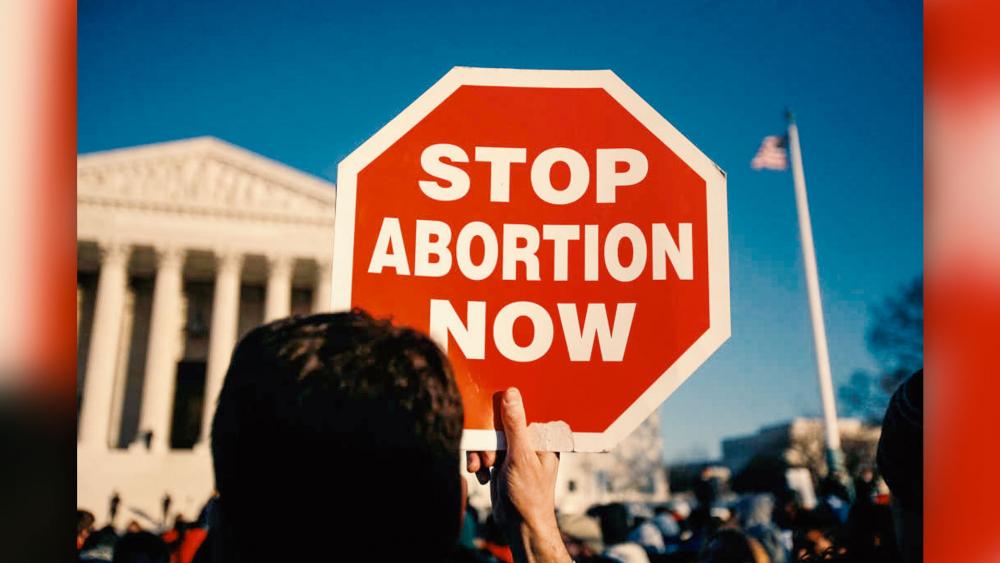 WASHINGTON — Three pro-life advocates in the nation's capital are reflecting on a year when abortion opponents took over the White House and both houses of Congress.

At a Heritage Foundation forum, they agree while there's been some progress there’s still much to do to cut the number of abortions and stop the flow of tax dollars that support the abortion industry.

The most immediate goal is encouraging the U.S. Senate on Monday, January 29th to pass a law banning abortion after 20 weeks.

"Twenty- weeks obviously is because of the science that says at 20 weeks an unborn child can feel pain," explained Deanna Wallace, staff counsel at Americans United for Life.

Many states have already passed such a ban, and as Wallace pointed out, pro-abortion groups seem leery of challenging these bans in court.

"They don't want people to actually have to think about aborting a child at five months," she continued.

"Our priority is to come up with legislation and a legal strategy that will overturn Roe," she said.

Wallace believes the matter of abortion will be returned to the states,"When these pro-life Supreme Court justices finally get rid of this badly-decided, unconstitutional Roe decision."

"This is a federal grant program to fund family planning that was created in the 1970s to stop population growth," Christensen said of Title X.

"It continues to receive $286 million each year.  The program has very much become a slush fund for Planned Parenthood.  It constitutes their second largest federal funding stream,” she continued.

“And as if that weren't enough, at the end of the Obama administration, a new regulation was put forward and finalized to require states to make sure that they pass on their Title X funds to Planned Parenthood,” she finished.

But the Republican-controlled Congress nixed that.

"It is the responsibility of Congress to completely cut off Medicaid funds from Planned Parenthood. But that has not yet happened," said Christensen.

As for President Trump, one of his first acts was implementing the Mexico City policy that Republican presidents have used to stop U.S. taxpayer dollars supporting any kind of overseas groups promoting abortion.

"This is the policy that's been essentially a political ping-pong ball ever since President Reagan," Melanie Israel of the Heritage Foundation explained.

Trump's gone further than any other president, making sure no U.S. taxpayer money going overseas for any kind of program can be associated with abortion.

Israel says that substantially increased the amount of money walled off from overseas abortion support, "Going from a pot of $570 million to a pot of nearly $9 billion."

Wallace pointed to one of the biggest blows against pro-abortion types is the hacking away at Obamacare mandates,  like the one forcing organizations to supply controversial contraceptives for workers, even if it offended the conscience.

"At the behest of pro-choice groups, these abortifacient emergency contraceptive type of drugs were included," Wallace explained.

"There were lots of organizations that had ethical, moral and religious objections to being involved in the provision of those drugs, whether it was their business or it was the Little Sisters of the Poor," she explained.

All three advocates were joyful the Trump administration has decided to pump up conscience protections that have sometimes been ignored by the federal government in recent years, and even blasted by critics.

"It definitely seems like these conscience protections that have been the law of the land in some cases for over four decades are all of a sudden being portrayed in the media as being controversial," Israel commented.

"It's been a very interesting development to see the idea of, for instance, doctors not wanting to perform abortions being portrayed as extreme and out of the norm,” Wallace agreed.

“And so I don't know why that's become weird all of a sudden.  But it should be really common-sense that we should protect that," she continued.

Also in the year ahead, these advocates hope Congress can continue efforts to take the half-a-billion dollars in federal funds away from abortion-provider Planned Parenthood and instead re-direct it to the thousands of pro-life community health centers across the country.

"They outnumber Planned Parenthood 20-to-1.  They help more than 10 times the amount of people on a yearly basis.  And it's all able to be accomplished without abortions," said Wallace.

"We don't have to fund Planned Parenthood in order to make sure that women and children and men are getting the care that they need," she concluded.

"I always think it's great to remind people that insuring that taxpayer dollars aren't going to the abortion industry does not have to come at the expense of women's health,” Israel assured.

“And that's something that I know the pro-life movement has been really adamant about: we're pro-women, we're pro-babies," she finished.