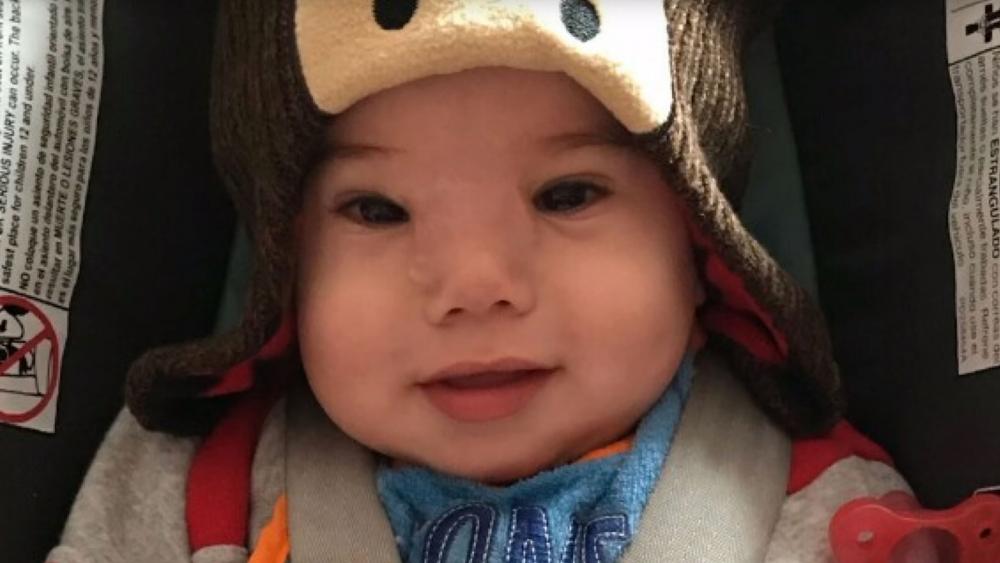 Like most moms, Valeka Riegel was thrilled to find out she was pregnant – expecting a baby boy. But her excitement turned to devastation when an ultrasound during her fifth month of pregnancy left her with a scary diagnosis.

Encephalocele is when a baby's skull does not close properly as it develops, allowing some of his brain tissue to escape through the gap in the bone between the eyes and collect in a sac. For Reigel's son Zakary, the sac extended from his forehead all the way down to his upper lip, covering his nose and eyes.

"For five months, I cried, became angered, fearful and resentful of God. Why would he bring you into my life, at the age of 45? Only to become a statistical probability of surviving one in 5,000 live births? I was confused," Reigel wrote in a recent blog dedicated to her son for his first birthday.

Zakary was born December 29, 2016. Otherwise healthy, he spent more than four months in the NICU before he was able to undergo surgery to remove the mass.

"The rarity of these conditions just made it a very interesting patient to work with," Dr. Brian Pan, pediatric plastic surgeon at Cincinnati Children's, who worked on the baby's face, told USA Today.

"As a nurse, I had medicine to believe in. But as a mom, I chose to surrender to my faith," Reigel wrote.

During her car rides to and from the hospital, Reigel explained that she used the time to pray to God, finding peace and hope for her situation.

"During the drive, I conversed often with you in my heart and with God in my mind. I sang the same song over and over "Thy Will Be Done" by Hillary Scott and the Scott Family," she wrote. "Those long drives offered me solace and time to digest what we were about to endure."

In April 2017, Zakary underwent a surgery that required a craniotomy and an encephalocele removal and repair. It was a success, and the extra tissue was tested to see if it was cancerous, but the results were benign. Reigel was able to take Zakary home for the first time one week later.

"I don't know what lies ahead for our journey, but I do know we will cherish every moment we are granted together," Reigel writes in her letter to Zakary. "I will never allow you (or myself) to say 'I can't.' We can endure all things if we are willing to accept life as it truly is – perfectly imperfect. We will love one another as we were designed to do – unconditionally."

Reigel also uses the letter to thank the surgeons who operated on Zakary. "I am so thankful for Dr. Stevenson who said 'we can' when other providers said 'we can't,' she says. "And for Dr. Pan who helped unveil your truly hidden beauty."

Riegel told USA Today that Zakary is about three months behind developmentally, but doctors say he likely won't need any further neurological intervention. The extra skin on Zak's face will be removed during a future outpatient surgery. She added her baby's prognosis looks "very great."