Michigan Meteor Did Not Cause Earthquake 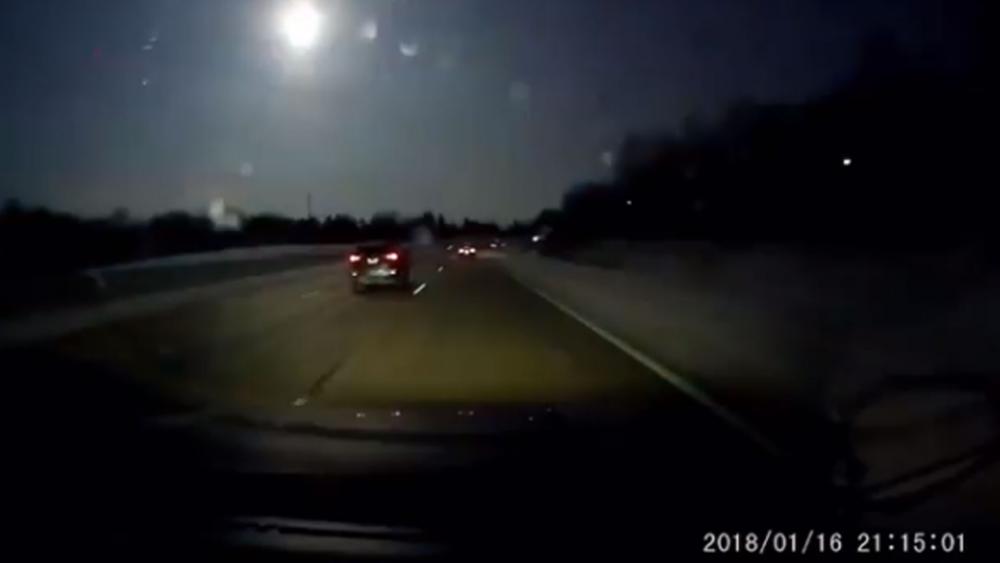 The meteor that lit up the Michicgan sky Michigan Tuesday night struck with such force that it registered on seismic networks and led some to believe it caused an earthquake.

The U.S. Geological Survey later corrected a tweet from the National Weather Service in Detroit claiming the meteor resulted in a magnitude 2.0 earthquake.

Did you catch a glimpse of the meteor last night? Maybe you felt it! It lit up the sky and even registered on the Richter scale. pic.twitter.com/ImvbIuj8xN

That's not exactly true, according to Julie Dutton who is a geophysicist with the USGS.

"When we see the energy transfer on our instruments people think, 'Oh, it hit the ground with this force,' but that's not necessarily true. A lot of that energy is in the air. And in this case, we don't even know if it hit the ground," Dutton continued.

This is a fair point and one worth emphasizing. The meteor was about 6 feet in diameter and was traveling around 28,000 mph. The atmospheric pressure wave generated from its penetration into the atmosphere impacted the ground, causing an M2.0 to register on seismometers. https://t.co/dJT3BnKUF7

Still, Dutton says that while the meteor did not cause an earthquake, it is very rare for one to register on seismic networks.

NASA reports the meteor was traveling at 28,000 miles per hour and was at least a yard across.

According to the space agency about 45 tons of "meteoritic material" fall into Earth's atmosphere every day.