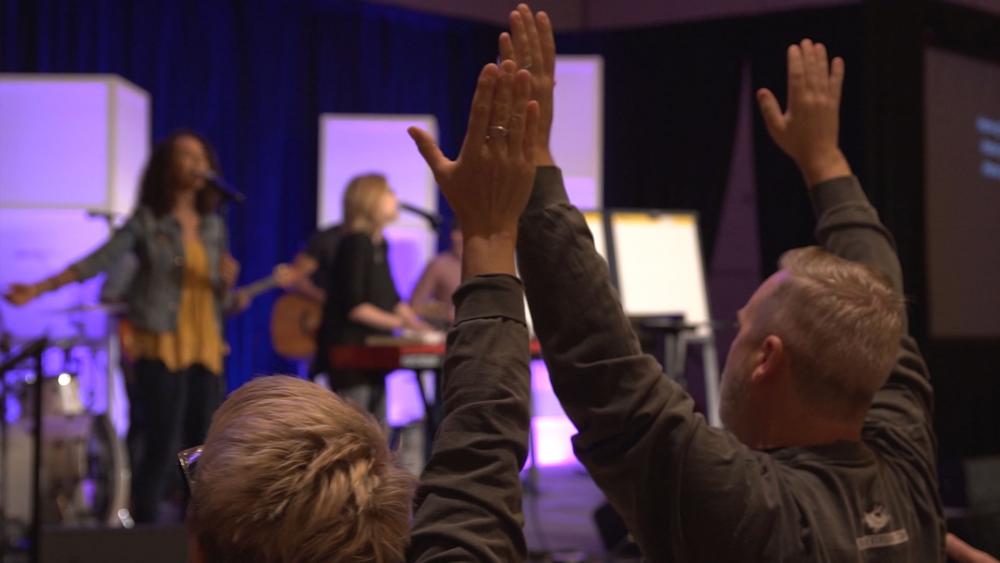 ORLANDO, Fla.—Some Christian leaders say God isn't only after people getting converted one by one. In the end, He wants Jesus Lord over whole nations.

And in Matthew 28:19, Jesus pointed the way to do that, saying, "Go therefore and make disciples of all NATIONS." Not just people — whole nations.

At a recent conference in Orlando, top Christian speaker Lance Wallnau explained one way for believers to capture a nation is to conquer its seven mountains of culture.

Culture isn't just what's in museums or what people watch on TV. If people were fish, culture is the ocean they'd be swimming in.

The Seven Mountains of Culture

These culture-influencing mountains described by Wallnau are:

Wallnau argues just winning souls one-by-one is not enough. He believes Christians need to invade these strongholds of influence and control over populations.

"Stop thinking of our assignment as merely soul-winning or having experiences with God," he said. "We should be seeing the fact that we are literally a kingdom-invading force going into all the world. And if you see darkness, that's where you should go. Because the church should be going where the gates of hell are located."

Wallnau believes God has put in most Christians a desire and ability to ascend and take on these mountains of culture.

"My prayer is that everyone will find the assignment that God created them for and that it will consume you," he stated.

"Be Bold and Ask God to Take You"

As top people are falling in some of the most influential industries, Wallnau insisted it's a great time for believers in godly principles and virtues to push onto those mountains of culture.

"At the top of the film industry, the fishing is ripe. At the top of media right now, couldn't be a better time to go there," Wallnau pointed out. "In government, in business, in finance, in education/academia…just be bold and ask God to take you."

"Of course, our culture is in trouble," the Reelworks Studios producer said. "And I think we as Christians have a responsibility to make a difference in that culture."

He says the way to get to the top and be an influencer is becoming one of the best at what you do. As Proverbs 22:29 puts it, "Do you see a man skilled in his work? He will stand before kings." Eldridge says it's certainly true on the mountain of Arts and Entertainment.

Eldridge said of some in the "faith film" arena, "Many times we try to force religion on culture, which doesn't go very well usually. But I think in living out our faith with excellence, with integrity, and doing what we do at the highest degree, winning the right to be heard, we certainly can make a difference."

The filmmaker remarked how Jesus often answered religious and spiritual questions by replying with a great parable or story rather than just quoting scripture.

Eldridge suggested Christians who want to dive in and influence culture need to take that to heart.

"We have to be there as counter-culture in many ways, to tell stories that can cause people to look and to challenge themselves maybe," he said, "but do it with a level of excellence that can win that same right to be heard."

He pointed to "The Ultimate Gift," a movie he produced.

"There's no mention of Christ in that movie. There's no scripture in that movie. But it's all over it," he explained. "It's living it out. And that's storytelling. That's the craft that gets you where you need to be without beating people over the head with it, but it's there."

Operating without a Moral Compass

"I do. But the Russians don't tell me what to say," he insisted.

Stranahan is desperate for Christians to run up the Media Mountain.

"I don't think there's just a place for Christians in journalism. I think they have to be there," he opined.

Stranahan said that's because he believes mainstream news media operate without any moral compass, and their objectivity is in tatters.

You Don't Beat Bad by Being Bad

But Stranahan warned, "If you want to replace the establishment media, you don't do it by being as bad as they are."

"So few journalists now actually have principles, like truth. The only way to combat that really is with principles," he explained.

Like presenting truth based in reality, not political correctness.

How Words are War

Wallnau explained the mainstream media and the Left use PC language to present Christianity as a religion of bigotry and hateful discrimination.

"You know you've lost culture war when the power to define the meaning of words has shifted," Wallnau said. He then asked about some words being redefined in the present culture, "So what is a couple, what is an American, what is hate speech?"

He pointed to the culture-changing power of the LGBT community and its allies, saying just a few years ago, "Neither Hillary Clinton or Barack Obama could run for office without saying that they believe in the sanctity of marriage. I mean, this was out of their mouths. And so what's happened in a decade regarding marriage?"

Those in charge of the culture get to define the meaning of words, concepts, institutions. So, in other words, pretty much what you think. And that's why a war over the culture is a war over everything.

Thus Wallnau's belief: God wants His people to capture the seven mountains that influence all of culture.

"Because God wants to take territory in these systems," he explained.

Why Everyone's Better Off in a Christian Nation

Stranahan said he knows it's not PC to suggest everyone would be better off living in a Christian nation, but his reporting in the Middle East and war-torn regions showed him that they actually are better off.

"And this is before I came to Christ. I realized that countries are safer and more peaceful when they're Christian," he stated.

"The people there, their lives would be better," he said of non-Christian nations that might convert. "I'm not even having a theological debate here. There'd be less people killed by the state. They would be freer. Women would have a better life. And they would not try to wage war on other countries."

Stranahan said this principle even works on an individual basis, stating, "We've all known people who had a spiritual crisis in their life…maybe a drinking problem or something like that. And you're like, 'well, look, even if you don't believe in God, if you live by those principles, by Christ's principles, you'd be doing better. You'd be happier."

How God Can Use the Lincolns, Churchills, and Trumps of the World

And that's why Wallnau believes Christians should accept leaders like Donald Trump, Winston Churchill or Abe Lincoln – leaders who may not be evangelicals, but fight for biblical principles that can help make a nation more Christ-like.

"I don't care if it's a believer or an unbeliever so long as their principles align with the wisdom and counsel of God," Wallnau explained. "And it's like good physics: if it's the right principles, it'll incur a blessing."

That could help disciple the nations for Christ and even eventually fulfill Isaiah 2:2, which states "And it shall come to pass in the last days, that the Mountain of the Lord's house shall be established in the top of the mountains, and shall be exalted above the hills; and all nations shall flow unto it."

Wallnau doesn't see God's Mountain dominating all those mountains of culture till God's people are all over them and influencing the nations from their peaks.