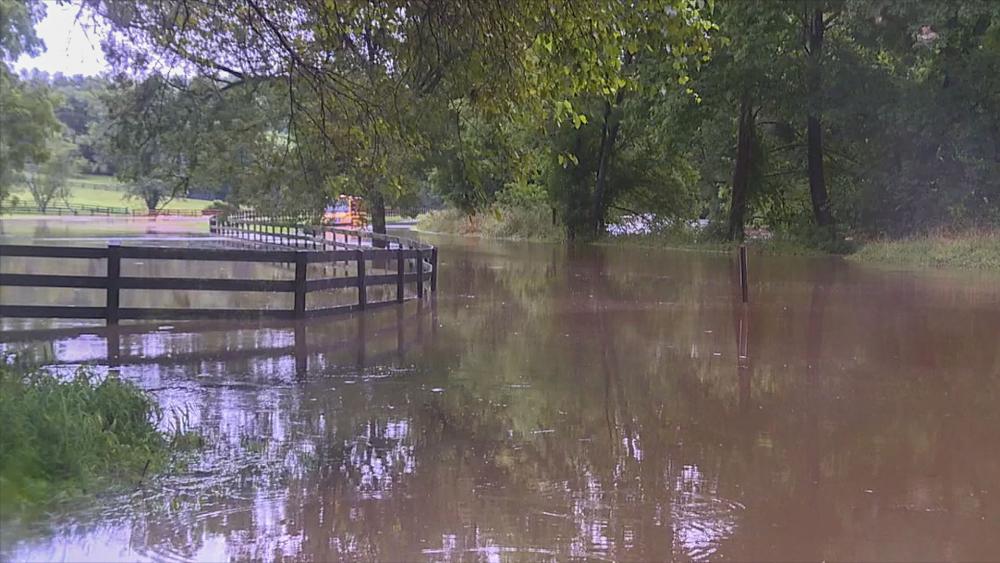 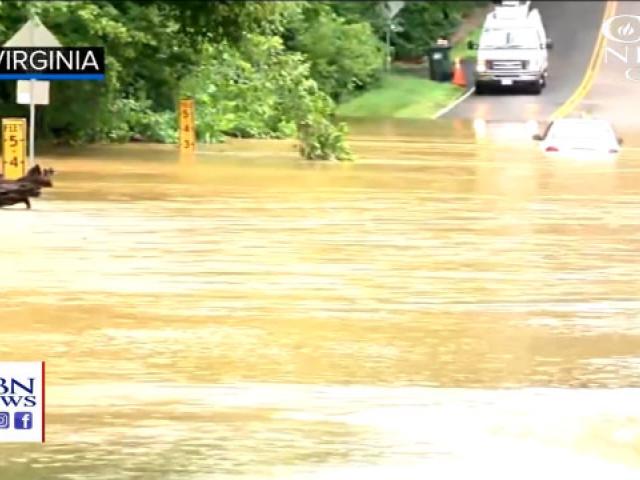 WASHINGTON – Flash flood warnings have millions of Americans on the East Coast and in states like Colorado and New Mexico on high alert, while wildfires burn across other parts of the country.

Wet weather is washing out roads across Maryland and forcing evacuations. In one community, rescuers had to save children from a stranded bus.

"It doesn't take much water," Lt. Byron Welker of the Baltimore County Fire Department said. "That's why we say if you can't see the roadways because of the water, turn around and go back a different direction."

It's a similar situation in Pennsylvania where a bridge got swept away by water.

Outside Washington, DC, a car was nearly swallowed up by a creek. Fortunately, the driver managed to escape on their own.

Meanwhile, one woman died after a tree crashed down on a home in Burke, Virginia.

"With all the rain and the past couple of days, things of that nature, the roots of these trees have really loosened up," said Chief Willie Bailey of the Fairfax County Fire and Rescue.

Out West in Santa Fe, New Mexico, drivers had to be rescued from their cars. And in Durango, Colorado, heavy rain and mudslides closed one highway.

Over the next few days, more rain is expected in many of these places.

All of the flooding comes as a massive wildfire burns near Yosemite National Park in California. Visitors have been warned to stay away because the air is unsafe to breathe.