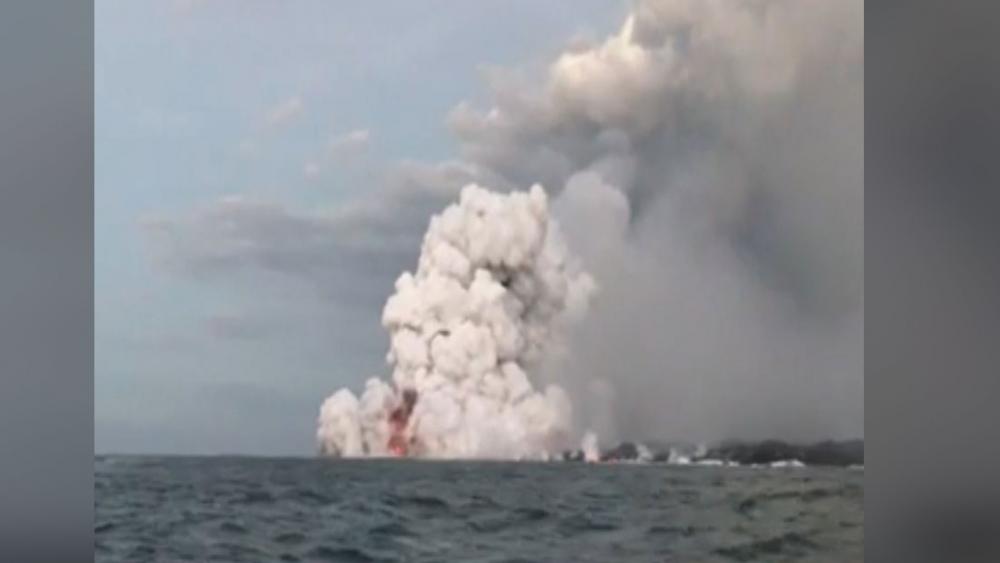 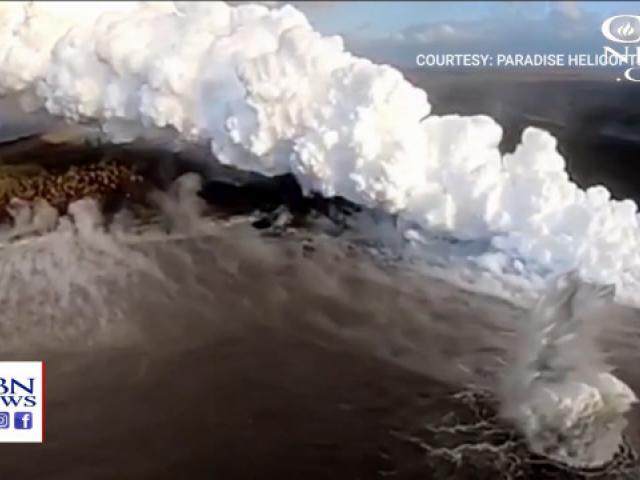 Hawaii Tour Boat Blasted With Lava Bomb – 23 Hurt
It's called Lava Ocean Tours, but this wasn't what the guests signed on for.
Hawaii tour boat operators say they will continue taking visitors to see lava from the Kilauea volcano, but will stay farther away after a volcanic explosion Monday fired lava and chunks of debris hundreds of yards in the air and right through the roof of their tour boat.
The explosion injured 23 people, and four passengers were taken by ambulance to a hospital including a 20-year-old woman who is described as having a broken thigh and "major leg trauma."
Matthias Kusch of the Hawaii County Fire Department said, "The vessel called in that it had some injuries due to steam burns and injuries due to falling lava and debris."
Glenda and Kenneth Fay were on another boat nearby when it happened.
"(The volcano) just exploded straight out at the boat," Glenda said. "We could hear the rocks hit the boat, and the people yelling."
"At the time it did that," Kenneth said, "all we saw was a bunch of steam and the rocks and stuff flying and a lot of it landed inside the boat and some large pieces landed on top of the boat."
The tour boat was one of several that take visitors to see lava pouring into the ocean from the volcano.
Molten rock has been erupting from Kilauea on the big island of Hawaii since early May and has destroyed more than 700 homes. The volcano has also been pumping out much more lava than in the past; as much as 26 times the amount as the 2016 eruption.

Officials have warned that getting too close to lava entering the ocean risks exposure to breathing in toxic fumes and even fine glass particles. Despite the hazards, the tour boats have been operating near the volcano for more than 20 years, and will continue to do so.
The captain of one of the boats said suspending the tours would only hurt the local economy. 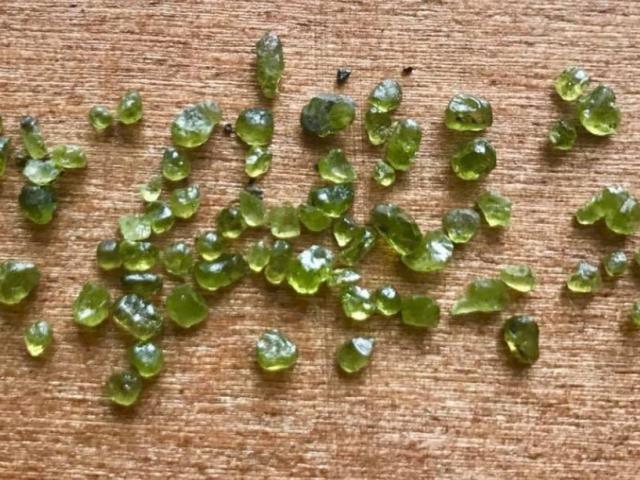 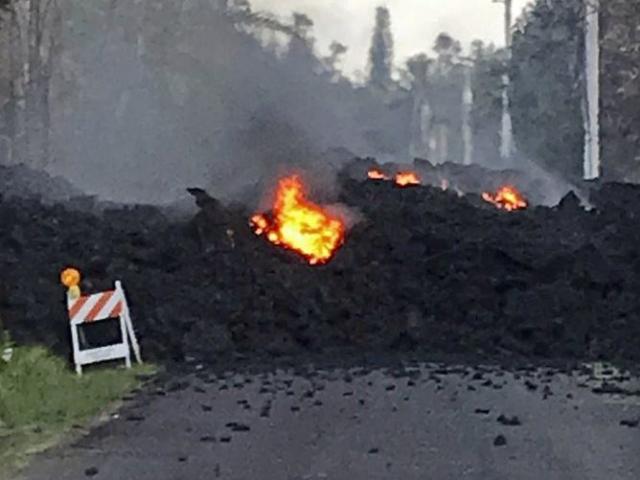