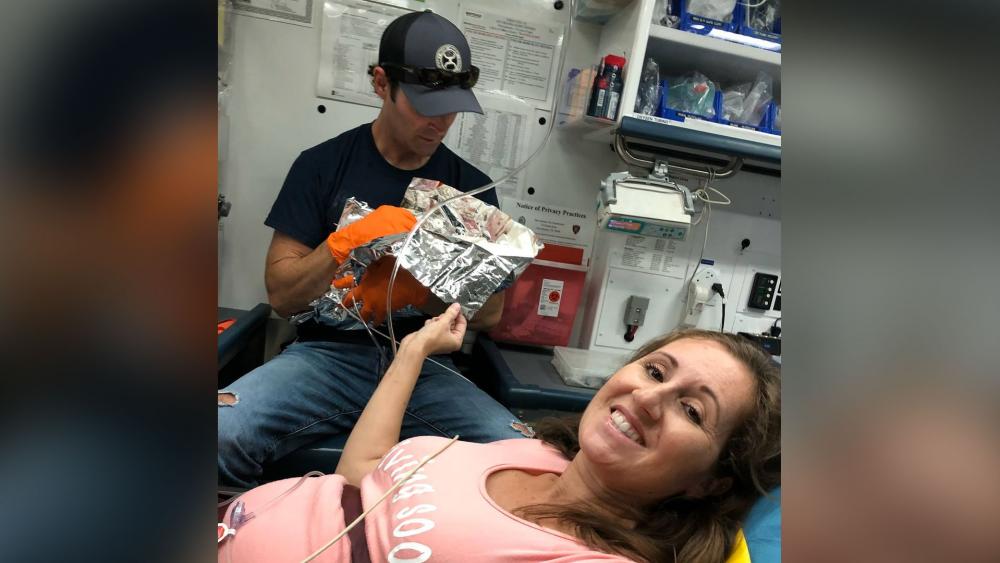 A Texas family loaded up their car and headed to the hospital to welcome their newest family member in the world, but ended up welcoming her early during a pit-stop at Chick-fil-A.

Robert and Maggie Griffin had pulled into the Chick-fil-A parking lot after closing time to drop off their other children with a friend who was meeting them there.

In a Facebook post that's gone viral, Robert says Maggie was in active labor and she really had to go to the bathroom.

He wrote, "It was after 10 p.m. and Chick-fil-A was closed. After banging on the glass, the staff answered the door and let Maggie in. I loaded the kids into our friend's car, kissed them goodnight, and went in to find Maggie."

Robert said when he got inside the manager told him his wife was in the bathroom screaming.

"So there we were.....my wife and I in a tiny stall in the bathroom, and I could see the top of our little girls head crowning as Maggie was straddling the toilet. I told Maggie, 'Sweetie, we are gonna have to do this right here, right now,'" Robert wrote.

Robert said he shouted to the manager to call 911 and began delivering their baby girl.

Chick-fil-A employee Brenda Enriquez said she couldn't believe what was happening when she recounted the story to local news.

"I hear high pitched screaming and I was like okay, this is serious. This is happening. And I got on the phone with the 911 dispatcher," Enriquez said as she watched the whole thing unfold while relaying information to the dispatcher.

Robert said as his daughter was making her entrance, he noticed the umbilical cord was wrapped around the baby's neck twice.

He wrote, "I didn't want to alert my wife, so just told her try to relax for a minute and I was somehow able to unwrap the cord from the baby's neck. With two more strong pushes, and using my shirt for a towel, out came Gracelyn Mae Violet Griffin."

"We kept her warm by having the Chick-fil-A staff warm up white towels in the kitchen and keep bringing them to us," he wrote. "We were also on speaker phone relating vitals to the first responders who were on their way. For all the chaos, we all did amazing. Cut the cord while still in the bathroom, kept Gracie stable and mom calm, and it all worked out....not as planned, but everyone's healthy."

Not only does baby Gracelyn's birth certificate read "Born in Chick-fil-A," but the company gifted her special presents to welcome her to the world.

Graceyln will receive free Chick-fil-A for life, and the company has guaranteed her a job when she turns 16.

The story has gone viral with nearly 200,000 likes and shares. 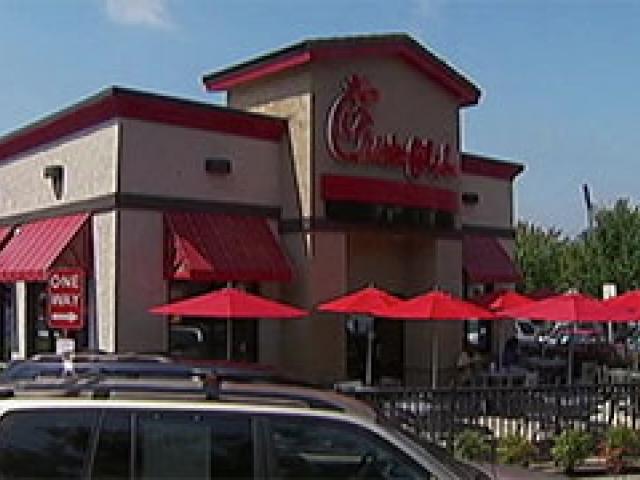