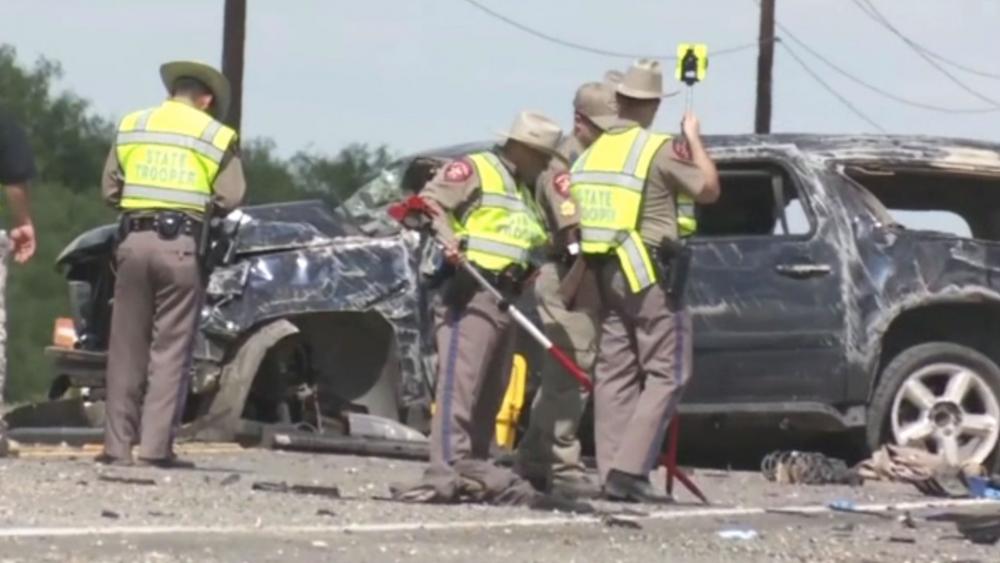 At least five people have died in a crash on a south Texas highway trying to elude the border patrol. The vehicle was packed with undocumented immigrants and it flipped over at a high rate of speed, throwing a dozen people from the car.

It all started when agents spotted a convoy of three SUV's and suspected smuggling.

Two vehicles pulled over, but the third sped away, tearing down Texas Highway 85 at speeds of more than 100 miles an hour.

The high-speed chase ended when the vehicle suddenly overturned, ejecting most of the 14 occupants of the SUV, most of whom were believed to be illegal immigrants.

A nurse named Amelia Flores says the SUV raced past her right before it flipped over.

"There was a big dust of dirt in the air and as soon as it settled I just saw all of the bodies," Flores told KENS-TV.

She jumped out and performed CPR, choking back her tears as she tried to save three of the victims. "They were just asking for help, help me, help me, I hurt," Flores said.

A Texas sheriff says a driver and passenger from the crashed SUV were arrested and are believed to be US citizens. Multiple arrests were also made from the two vehicles that pulled over.