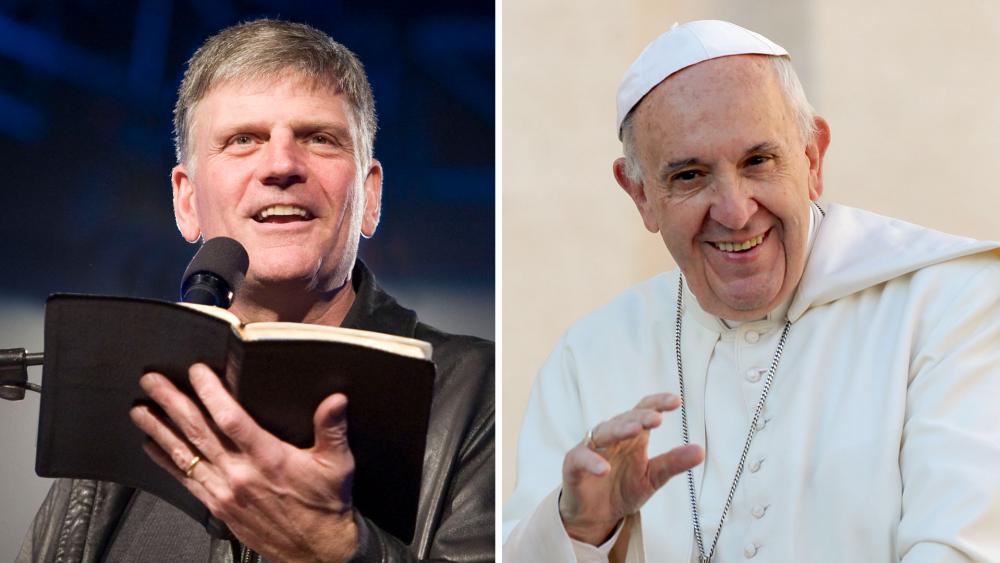 The Rev. Franklin Graham is applauding Pope Francis for recent comments he made about abortion.

"I appreciate Pope Francis boldly speaking out for the unborn," Graham said in a recent Facebook post.

Speaking to a delegation of Italy's family association in Rome over the weekend, the pope said abortion to avoid birth defects is similar to the Holocaust.

"It is fashionable, or at least usual, that when in the first few months of a pregnancy doctors do studies to see if the child is healthy or has something, the first idea is: 'Let's send it away,'" the Pope said. "We do the same as the Nazis to maintain the purity of the race, but with white gloves on."

He has frequently lamented how the sick, the poor, the elderly and the unborn are considered unworthy of protection and dignity by a society that prizes individual efficiency instead, and he's urged families to accept children "as God gives them to us."

Graham continued in his post, "The Pope denounced abortion, calling it the 'white glove' equivalent of the Nazi-era eugenics program. He also encouraged families to accept children 'as God gives them to us.' He's right, and our society needs to hear this message now more than ever. God's Word says, 'Behold, children are a heritage from the Lord, the fruit of the womb a reward' (Psalm 127:3). We can never stop praying for an end to abortion—will you pray that our nation would wake up and protect the most vulnerable among us?"

The pope also made headlines on another big social issue, saying same-sex families should not be recognized in the Catholic Church.

"Today, it is hard to say this, we speak of 'diversified' families: different types of families. It is true that the word 'family' is an analogical word because we speak of the 'family' of stars, 'family' of trees, 'family' of animals ... it is an analogical word. But the human family in the image of God, man, and woman, is the only one. It is the only one. A man and woman can be non-believers: but if they love each other and unite in marriage, they are in the image of God even if they don't believe," Francis said.

Meanwhile, some argue that the pope's comments about gay issues are not consistent.

Earlier this year, the pontiff made headlines when a gay man claimed the pope told him God made him that way and that his sexuality was "not a problem." But any comments between the pope and that man were not made in public, and the Vatican has not confirmed whether the pope affirmed homosexuality. 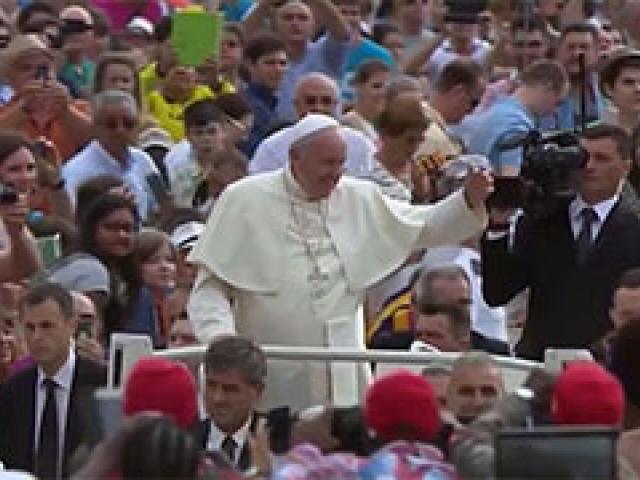