Out of Bankruptcy: A New Detroit Motors Ahead in Season of Revitalization

5798865589001
Out of Bankruptcy: A New Detroit Motors Ahead in Season of Revitalization

DETROIT – Five years ago, Detroit made big headlines – but not in a good way. Financial problems led the Motor City to declare the largest municipal bankruptcy in US history.

Thankfully for residents, it doesn't end there.

A large housing construction site might be considered an eyesore in other American cities, but in Detroit, it's a symbol of rebirth.

Brush Park, near downtown Detroit, is one of the areas coming to life again. For example, the chair of this area's development corporation says 10 years ago it was full of dilapidated buildings. Now a rehabbed Victorian mansion there can sell for as much as $3.5 million.

"We have a new mayor; we have a lot of investors. We had a lot of vacant land that wasn't overly priced," Mona Ross, the chair of the Brush Park Development Corporation, told CBN News.

"We have a lot of eager people wanting to develop and bring back some life to Detroit, and it's been exciting. It's been very exciting," she continued.

While some Victorian mansions still need work, signs of progress are all around. And all this activity brings in much-needed people.

Keep in mind Brush Park is within walking distance of the Detroit Tigers' Comerica Park and the Lions' Ford Field.

"People that were afraid to go downtown Detroit before, now live down there," Jon Eckerly, the broker/owner of Vision Realty Centers, told CBN News. "It's almost starting to become the place to be."

"It's going to take a while before it's fully revived, but yeah, right now, you go down, and you try to buy a loft down there, you're going to pay top dollar," he said.

Eckerly believes Detroit is definitely in comeback mode – a welcomed relief from the 2013 bankruptcy.

"It was scary; I noticed that a lot of people followed suit," he recalled. "Myself, I had worked with a lot of builders and developers, especially in the Metro Detroit area, and it was a chain reaction."

"I mean Detroit filed bankruptcy, and next thing you know, everybody stops buying homes, and like I said, a lot of their jobs were leaving," Eckerly continued. "And you had a lot of people that were money-scared."

What led to the largest municipal bankruptcy in US history? Former state treasurer and former Michigan Speaker of the House Andy Dillon says a number of factors are to blame.

"If I had to point to the main driving forces, it would be the loss of the middle market manufacturing jobs and then the struggles of the K-12 system," he told CBN News. "Young families living in Detroit didn't, I believe, feel comfortable that they could get their kids an education."

Detroit has definitely seen hard times. In fact, this city which was built for nearly 2 million residents, now has less than 700,000.

"The economy crashed in '08, and that really impacted this community, more so than any other community in the United States because the auto industry was so tied into what was happening," Michael O'Callaghan, executive vice president of the Detroit Metro Convention & Visitors Bureau, explained to CBN News.

O'Callaghan sees Detroit's bankruptcy as more of a blessing than a curse.

"The reality is the city would have never gotten out from underneath that without the bankruptcy and the reorganization," he said. "So from our perspective it just did amazing things in getting the city back on track."

In 2014, Detroit emerged from bankruptcy, and after three straight years of balanced budgets, the state gave financial leadership back to the mayor and city council.

O'Callaghan credits investors and foundations with helping lead the comeback.

"So these folks came in, and in many, many cases, they took buildings that had been shuttered for years and years and years and reinvested in them," he said. "And that allowed them the opportunity to bring young people into the city to work and just make a remarkable change."

"We're going to have to attribute a lot of the comeback to God. A lot of people were praying," he shared.

"There was 24-hour prayer, especially in the building where we now sit – 24-hour prayer, not on just certain days – was released for the city to consider a whole revival mentality," Pastor Arthur Ledlie of Detroit World Outreach told CBN News.

And while there's still a lot of work ahead, Dillon believes the people of this city can eventually complete this miracle transformation.

"There's a big part of Detroit that has to share in the recovery," he explained. "And it is, it's starting to, and the mayor's very focused on the neighborhoods."

"But it's so big. You can't do it overnight. So it's going to be a process," Dillon said. 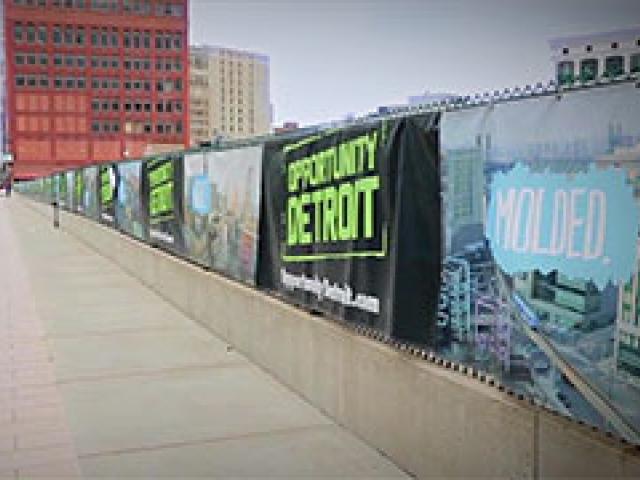 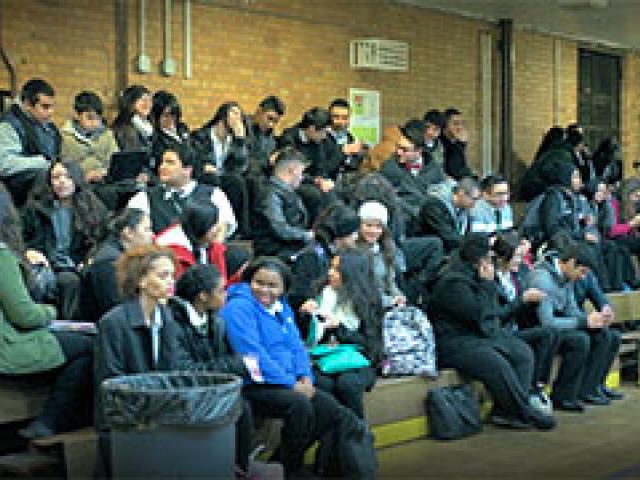 A Successful School in Detroit? This One Works
CBN News Email Updates