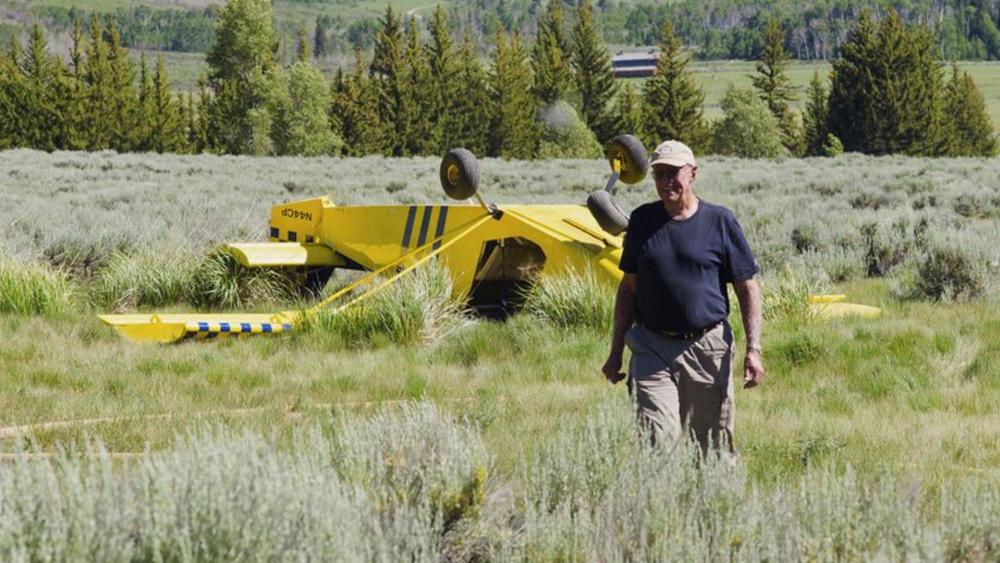 A Wyoming pilot credits a religion class he took decades ago for helping him survive two small plane crashes.

Charlie Peet says his Zenith CH 701, an "off airport" plane, has decided twice that it "just didn't want to fly anymore." The first time, in 2013, Peet took off from his ranch and went up about 50 feet before the plane stalled and started to cartwheel to the ground. He walked away from that accident with only a broken ankle.

Then on May 16th he took off from his driveway and noticed the engine wasn't running correctly.

“With a rough engine that thing could quit on me any time,” Peet said. “I came in high and fast because if the engine quit, I wanted to be on the runway. I just wanted to survive it.”

Peet tried to make an emergency landing but came in too hard. The plane was totaled, but he crawled out with just some cuts and bruises.

His secret to survival: A tip taught to him in college by a Catholic priest.

"God gave you your intellect, your ability, reason … in your mind you can solve your problems," Peet recalls.

The plane crashes aren't the only time Peet has tested this advice. One Christmas Eve in Minnesota he was driving his car across a frozen lake when the tires crashed through the ice. He threw his son out the door but he got caught on the door handle and was pulled down into the icy water with the car.

When the car hit bottom he freed himself and swam up to the hole in the ice illuminated by his cars taillights. But when he reached the top, he couldn't pull himself out of the water, because of how soaked through and heavy his clothes had become.

That's when he again thought back to the words spoken by the priest: "There's a solution in the back of your mind, use it."

Peet put one arm up on the surface of the ice, and let it sit there and freeze, then he did the same with the other arm, anchoring himself so he could pull himself up and out.

"I pulled myself right out of the water. I picked up my son, and we got a ride home," he said.

"You know the biggest killer we have is panic; it shuts off your brain," Peet said. "It stops you from thinking about what you should really be doing."

While the tip may have helped him stay calm through some pretty dicey situations, his wife of 51 years says it's not much help to her.

"I'm used to being in near-panic, living with Charlie," she said.