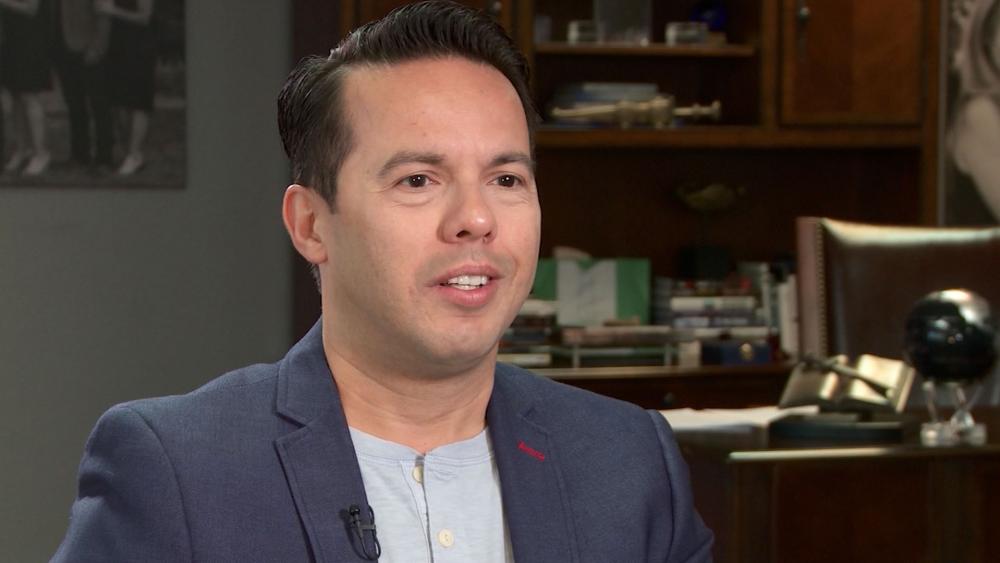 SACRAMENTO, Calif. – The president's faith advisors have taken a lot of heat for meeting with President Trump. Their critics accuse them of giving the president a pass in exchange for access. But one advisor, pastor Sam Rodriguez, says he's not giving the president "a pass" – he's fulfilling what he calls "an assignment from heaven."

Sitting in his office at his Sacramento church, New Season Christian Worship Center, on a recent Monday morning, Rodriguez said his service to the president is motivated by his young grandchildren. "It's about the next generation, it's about Christ," he said while underscoring that the "assignment" could be taken at any moment. "The Lord giveth, the Lord taketh away," he explained.

Access to the President Results in Pushback from Hispanics

Rodriguez has been regularly meeting with and advising Trump since they first met during the 2016 campaign. He prominently displays memorabilia and photos from his 2017 inaugural prayer on the walls of his office. But while it may seem glamorous, Rodriguez knows full well the pressures of the role. He acknowledges pushback from fellow Hispanics.

"It's tough to see people in your own community suffer and then you have to reconcile and justify – why do you have access to people?" he says.

Rodriguez is also fully aware of criticism from fellow evangelicals, some of whom believe that the president's faith advisors provide moral cover for a leader whose acts don't line up with Biblical values. His response? A track record that includes advising the previous two administrations. In addition, he says his racially mixed congregation fully supports his work.

"They see it as a prophetic continuum," he says. "'There is Pastor Sam just fulfilling his God-given calling. And he doesn't sell out.' They know I'm Lamb's agenda." It's a reference not only to his 2013 book The Lamb's Agenda, but to an outlook that guides Rodriguez's involvement in the political world. Rodriguez works to operate independently of either political party. For him, the priority is finding his political values based on his understanding of Scripture.

Despite his voice and platform, Rodriguez still has not reached his goal of immigration reform. He's pushed for it for years, working with both the White House and Democrats, including Nancy Pelosi, to make it happen.

He saw a glimmer of hope earlier this year when the White House proposed a plan to legalize Dreamers, young immigrants brought illegally to the US as children by family members. The plan was short-lived however as politics on Capitol Hill snuffed it out. "I do believe the onus is on Congress," said Rodriguez, "the president really gave it the old college try."

Rodriguez is carefully walking a line that includes supporting the president regularly while periodically calling him out. Earlier this year, when the president reportedly used vulgar language to describe Haiti and countries in Africa, Rodriguez issued a statement, calling the comments "wrong, inappropriate and hurtful."

He also recently joined with a group of evangelical leaders to ask the president to find an alternate solution to separating children from their parents at the US-Mexico border.

So, what keeps him going? As a Californian, Rodriguez notes he's very familiar with threats to religious liberty, like the current bill AB2943 which would classify attempts to change sexual orientation as consumer fraud. Rodriguez believes the president is helping to keep such threats at bay and he wants to build on that momentum. He's also keenly aware of what he calls "the innocents" – those on the margins.

"I've seen families separated because their parents were deported," he says, "I've seen the tragedy of what happens when life is taken. I've seen the outcome of racism in various communities. That's what drives me."

That, along with a constant prayer anytime he enters the White House. "I walk in there and I ask the Holy Spirit to anoint every single word. 'God – don't let anything come out of my mouth that's Samuel Rodriguez,'" he says.