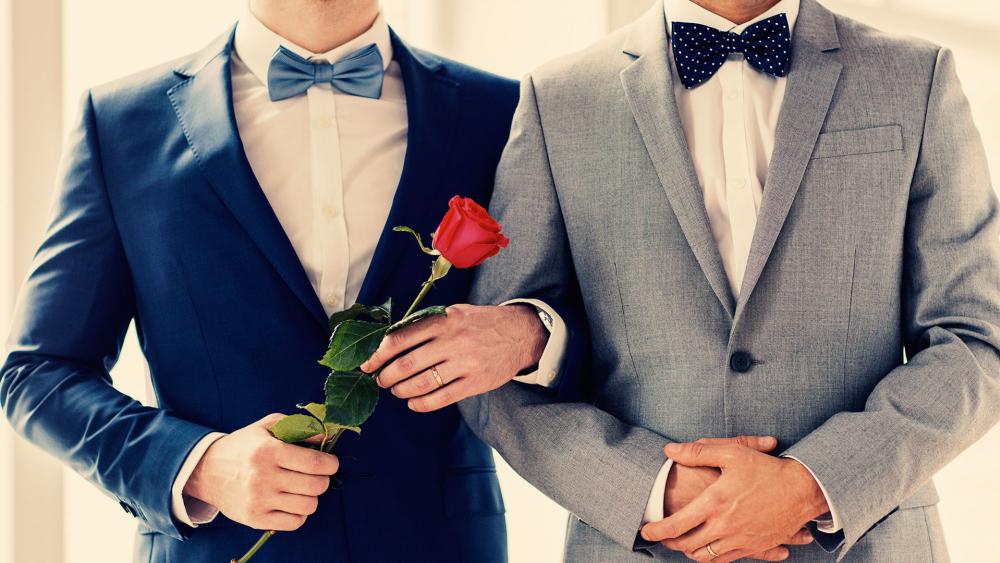 Despite losing more than a half million church members since 1980, the Episcopal Church in the U.S. has decided to alienate more.

In a move to become even more "gay-friendly," the church is removing the terms "husband" and "wife" from its marriage ceremony and replacing it with "the union of two people."   The London Telegraph says it will also replace "the section which talks about part of God's intention for marriage being 'for the procreation of children' with the phrase 'for the gift of children' to make it more relevant for same-sex couples who may wish to adopt."
An Anglican (British) LGBT (Lesbian Gay Bisexual Transgender) group that wanted the change,  said, "No one is attracted to a group of Christians who profess the love of Christ but seem incapable of recognizing it in the loving, committed relationships of two people."
That's a strange thing to say when the numbers show that a lot more people are attracted to churches that stand on the Word of God and refuse to become tools of the LGBT movement.
It's no secret that attendance in mainline Episcopal, Presbyterian, Lutheran, and Methodist churches has been dropping like a rock while attendance in their evangelical cousins is either growing, holding steady or falling at a far slower rate.
But church attendance was never as important to the sexual revolutionaries as being able to do what is right in their own eyes (Judges 21.25).
Otherwise, they would have stopped while they were already behind.
This is a 'church' that 6 years ago voted overwhelmingly to allow the ordination of cross-dressing, transgender people as pastors.  And this is a church so cash-strapped from hemorrhaging members that it voted to sell its headquarters in New York City.
Another 37 Episcopal churches closed in 2016 (the most recent year for statistics) and more than 350 churches have an average Sunday attendance of 10 people or less.
The Anglican LGBT group said the dropping of "husband and wife" was "courageous, just, and Christ-like."
What would have been "courageous, just, and Christ-like" would be to take a stand on the Bible and against the push of the sexual revolutionaries.
But this is exactly why the mainline Episcopal Church is disintegrating.