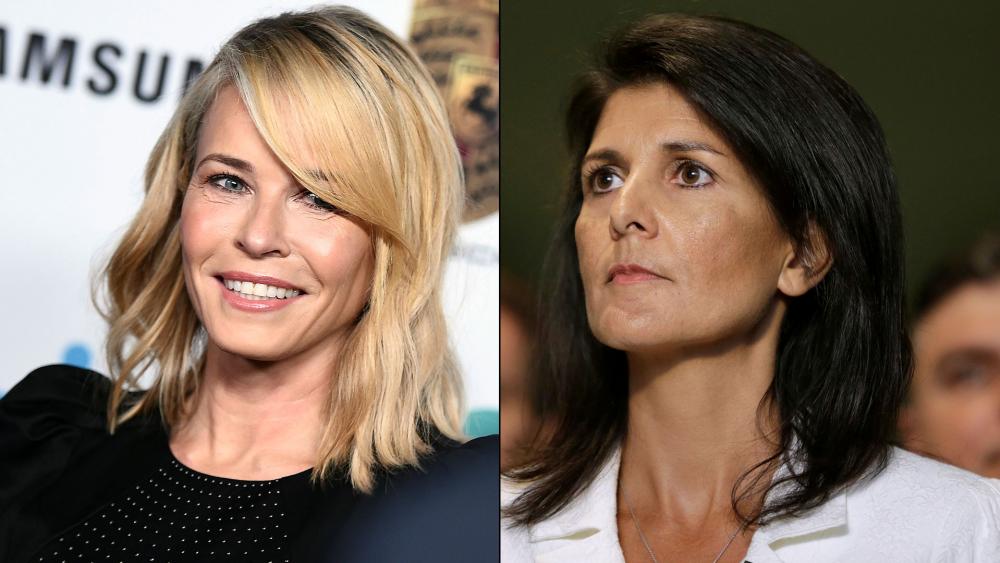 Comedian Chelsea Handler unleashed a pro-Hamas, anti-Israel tirade on social media following the events celebrating the move of the US embassy from Tel Aviv to Jerusalem this week and the Palestinian riots at the Gaza border, violence planned to coincide with Israel's 70th anniversary of independence.

Those riots led to more than 60 deaths of Palestinians who charged the border, despite weeks of repeated warnings from Israel's military not to do so.

When America's UN Ambassador Nikki Haley blasted the UN Security Council for its bias against Israel in determining the cause of the violence, Handler tweeted, "Nikki Haley is on tv talking about Hamas being responsible for the Palestinians protesting yesterday. These people had no weapons. There was a dead baby. While Netanyahu celebrates."

Later, Handler doubled down, tweeting "the bibi [Netanyahu] crazies are running the show, unchecked and will effectively turn gaza and the left bank [she meant West Bank] into starvation camps or mental asylums, if not already and bomb Iran into submission....there will be a religious term for this. I think the evangelicals call it the rapture."

now the bibi craizies are running the show, unchecked and will effectively turn gaza and the left bank into starvation camps or mental asylums, if not already and bomb iran into submission... there will be a religious term for this. i think the evangelicals call it the rapture.

Here are some facts Handler may not have had room for because of character limitations on Twitter:

Chelsea Handler's current Twitter attacks magnify an already difficult time for the comedian. She was raised Jewish by her Jewish mother, but recently had to confront a grandfather's Nazi past on an episode of TLC's "Who Do You Think You Are?"

The Times of Israel reports her grandfather on her father's side, Karl Stoecker, was a Nazi soldier who had a role in the Holocaust.

Her accusations against US and Israeli leaders might have more weight if she were better informed about how Hamas has cynically raised and even worshipped its young "martyrs," who learn to hate Jews from the time they are born.