'Josh Is Coming Home': The Story Behind Utah Missionary's Release From One of Venezuela's Most Notorious Prisons 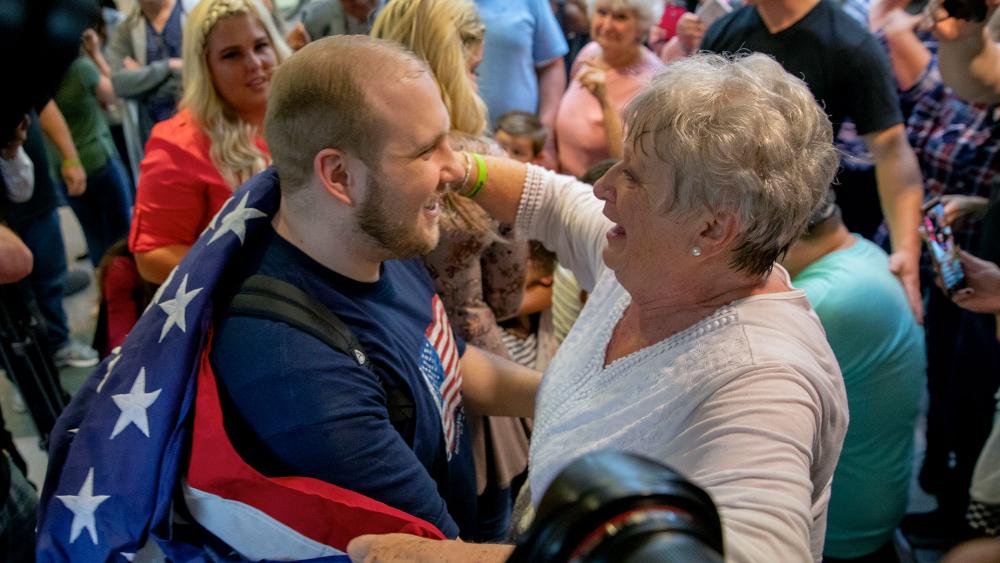 A Utah man is finally home after spending two years in one of Venezuela's worst prisons.

"They were a very difficult two years. Not the great vacation I was looking for," he said.

The 26-year-old Mormon missionary traveled to the country in 2016 to marry fellow Mormon, Thamara Caleno, who he met online while looking to improve his Spanish.

The two were waiting for her US visa when they were arrested in her family's apartment.

Venezuela's police accused the two of dealing weapons and plotting to undermine the government, but the charges were unsubstantiated.

He, his wife and his family battled to regain their freedom from the Venezuelan government.

While imprisoned, Holt said his life was threatened during a prison riot, according to The Associated Press.

Last month, he issued a plea from the Venezuelan prison known as "The Dungeon."

"I need your help to get me out of this place," he said. "I have been begging my government for two years."

It was a cry of desperation that caught the attention of Sen. Bob Corker (R-TN).

Corker, the powerful chairman of the Senate Foreign Relations Committee, showed up unexpectedly in Caracas to push for Holt's freedom.

But it was Republican Sen. Orrin Hatch's office that notified Holt's parents of their son's release.

"They called us at 4:30 am and said, 'You need to be on the plane. Josh is coming home,' " Laurie Holt, his mother, said. She recalled how they had to pack and get to the airport in 90 minutes. "This was the first time they actually said: 'Get to DC; he's being freed.'"

Laurie told The Associated Press she thinks Nicolas Maduro feared retaliation from the US and decided to act after her son appeared in the video. She added that after communication from the US senators' offices Maduro's "heart was softened."

It will be a long road to recovery for the couple.

They were tired yet excited when they arrived at the Salt Lake City airport to a crowd holding signs with Holt's favorite color, green, and messages that read: "We never gave up."

Holt's mother said her son is in good health but lost weight, suffered a number of bronchial problems and has a rotten tooth that needs checking out. His wife also has serious pain issues on one side of her body.

Experts in treating people who have been held in captivity have debriefed the couple so they can begin to deal with the emotions from the traumatic experience.