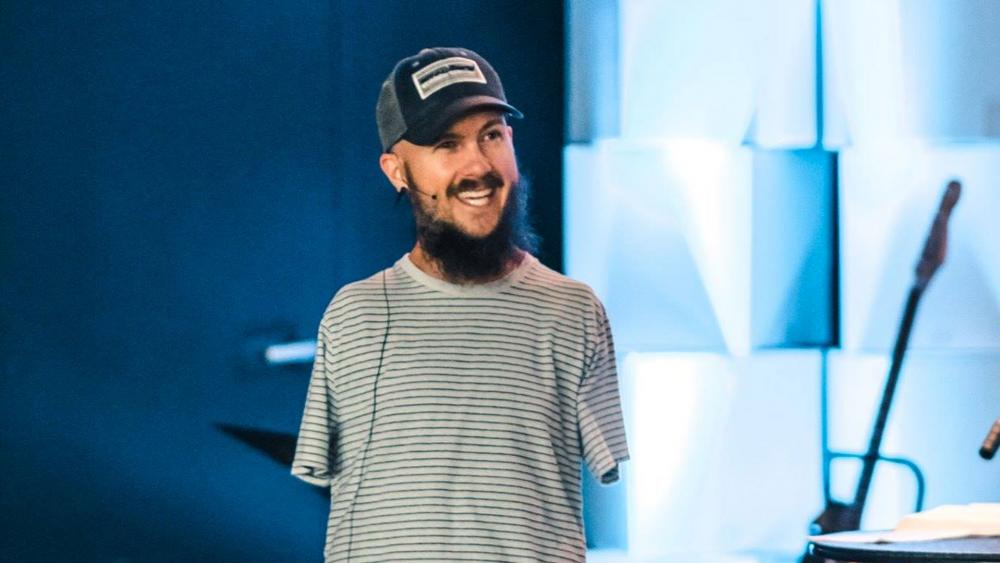 A man who was born without arms is turning his disability into a testimony of God's goodness in his life.

"I do everything with my feet because I was born without arms.  But, that doesn't limit me," Daniel Ritchie writes in a recent Fox News article. "By God's grace, I've been able to live a full life that has included graduating college, marrying my best friend Heather, raising two beautiful kids and serving in ministry for over a decade. The way I've lived my life isn't much different than anyone else."

"I remember coming home from a trip to the grocery store with my mom at seven years old, in tears because someone had said insulting things to me. There was the time that I had to fend off a rude kid at Disney World — the happiest place on earth.  And then there was the time my parents and I were asked to leave a restaurant because I was eating with my feet," he explains.

The constant stares and rejection destroyed his self-confidence. It was especially hard during high school.

"It was in this time of loneliness and negativity that I came across a Psalm in the Bible that would change my perspective and my life. It was Psalm 139, where King David praises God for forming him while he was still in his mother's womb.  In verse 14, he says, 'I praise you, for I am fearfully and wonderfully made. Wonderful are your works; my soul knows it very well,'" he writes.

This verse not only changed his view of himself, but others as well.

"I was no longer who people said I was. I was who God said I was," he says. "It was at this time that something even more amazing happened.  I began to see others as wonderful, too."

Now, he has given his life over to God and started a ministry that details his testimony on his blog and social media

Ritchie also wrote a book about his experience called 'My Afflication for His Glory' which was released in April.

He says his new mission is simply to share the gospel.

"I am passionate about going into all the world with the gospel, glorify God in everything I do, to help make disciples and to encourage believers with God's story of grace in my life," he write on his blog.