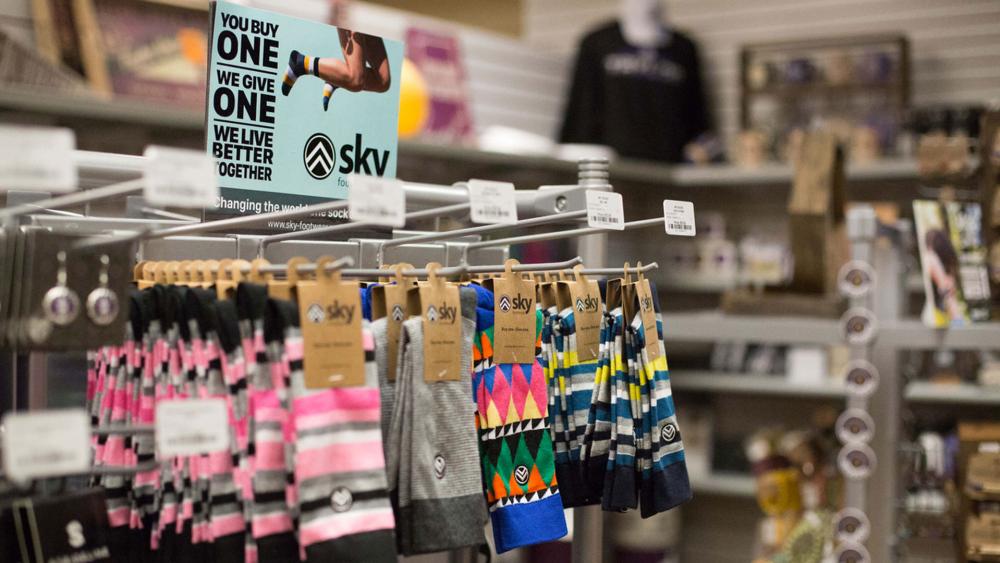 It all started with a visit to a homeless shelter. That led to a vision for a company that would sell socks to help the homeless and at one point, Keaton Hendricks found himself with 10,000 pairs in his dorm room. "We used to hang out in a lot of other rooms because there really wasn't room to hang out in our room," the young entrepreneur explained to CBN News in a recent interview.

Hendricks, the founder and driving force behind Sky Footwear, graduated from Taylor University in Upland, Indiana in May but he's already making bold plans for his two-year-old company which operates on a "one-for-one model"—for every sock he sells he donates another one to a homeless shelter. Hendricks has sold more than 22,000 socks since he started in August of 2016 and he's run on a campaign to sell 10,000 this year. With more than 9,800 sold, he's not far off.

The tale of this Christian college student-athlete turned company founder and homeless advocate is worth noting, not only for encouragement but for inspiration.

Laurie Brumbaugh, the senior vice president of The Rescue Mission in Ft. Wayne, Indiana is a fan of Hendricks. One reason: Sky Footwear donated 780 pairs of socks to the shelter in May. "He's just such a genuine person," she told CBN News. "You talk to him and think 'oh, if every kid could get it like he does at his age the world would be such a better place.'"

Hendricks first began thinking about starting the business in 2010 while volunteering as a high school freshman at a homeless shelter in Bloomington, Indiana. As he began to understand the difficulties of those who find themselves homeless he thought about what he could do. "I found myself connecting to many of their stories and my heart began to break as I learned about the struggle, pain, and hopelessness that most of them face," he said.

He also learned that socks are a hot commodity at shelters. "Their donation room is full of different shirts, jackets, belts but they're all lacking socks because they have to be purchased new," he told CBN News.

"It's always a need and it's always an ongoing need," Brumbaugh explained.

Another one of Hendrick's recipients, LeeAnna Smith, the director of donor relations for the Grant County Rescue Mission, told CBN News, "when you're homeless, it's just really hard to keep your feet clean and dry." Both Smith and Brumbaugh agree. Socks are small but they're key to providing comfort and they contribute to good health. They also help to restore dignity and pave the way for those who are homeless to learn to trust those who want to help them.

Sky Footwear sells all kinds of socks, from ankle to mid-calf—and they come in a variety of colors and designs. Hendricks admits, he leans on his new wife and three sisters to lead the creative side. "They tell me what looks cool, what looks trendy. They have all the style—I do not," he said with a laugh.

The socks that Sky donates, however, are different. They are designed for those that find themselves on the streets in all kind of weather. "We give socks that are wool socks, thick thermal socks," said Hendricks. "What they need is something more durable and for the everyday grind. It's better suited for them."

So, how did this recent college graduate start a company in college and keep it going? Hendricks credits fellow Taylor student Eric Cellier for his constant advice and help in the beginning. An accounting professor, Kevin Crawford, also provided insight and help.

As a basketball player all four years at Taylor, in a state that is certifiably nuts over the sport, Hendricks also credits time management. He admits, he cares little for Netflix, movies and other college favorites. "Video games weren't my hobby," he explained, "Sky was my hobby. Therefore, there's a lot of time for it. There's more time than people perceived."  It wasn't unusual, he said, for him to carve out time to work on the company on weekend nights.

After graduating from college, Hendricks says he thought about pursuing other more lucrative opportunities but says he felt God telling him to stay with Sky. "I truly feel like He has called me to this," he said. "This company has grown my faith and stretched me in way more ways than I could have imagined. The power of prayer has also been evident."

John Ashmen knows full well the value of socks. He works with homeless shelters across the country as president of Citygate Network, formerly the Association of Gospel Rescue Missions.

Socks, he says, make a big difference for those who are homeless, along with oral hygiene.  "If you take care of people's teeth and their feet you elevate them to a whole new level of self-esteem and have a really good chance of making inroads into their life," he told CBN News.

Socks also contribute to overall health. "A lot of the illnesses that homeless people have are actually born in their feet so taking care of their feet is really critical," he explained.

Hendricks says he's already working on new goals for 2019 and may roll out some new products which will also serve not only consumers but those on the streets. 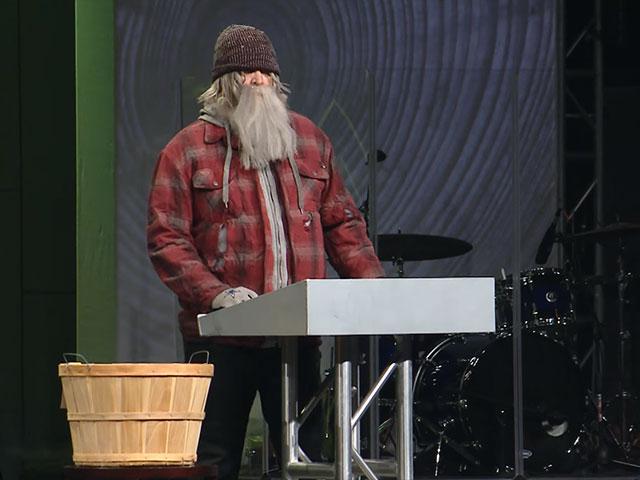 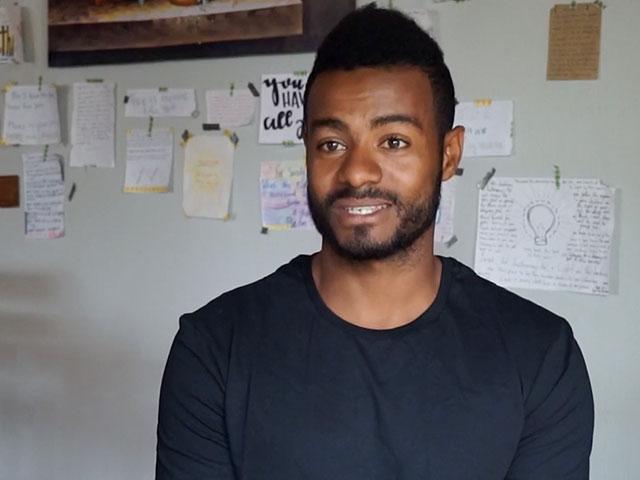 Former Homeless Orphan Shows What It Means to Be a Matthew 25:40 Christian
CBN News Email Updates