‘Jesus Is Real’: Woman Shares Walmart Encounter That ‘Brought Tears’ to Her Eyes 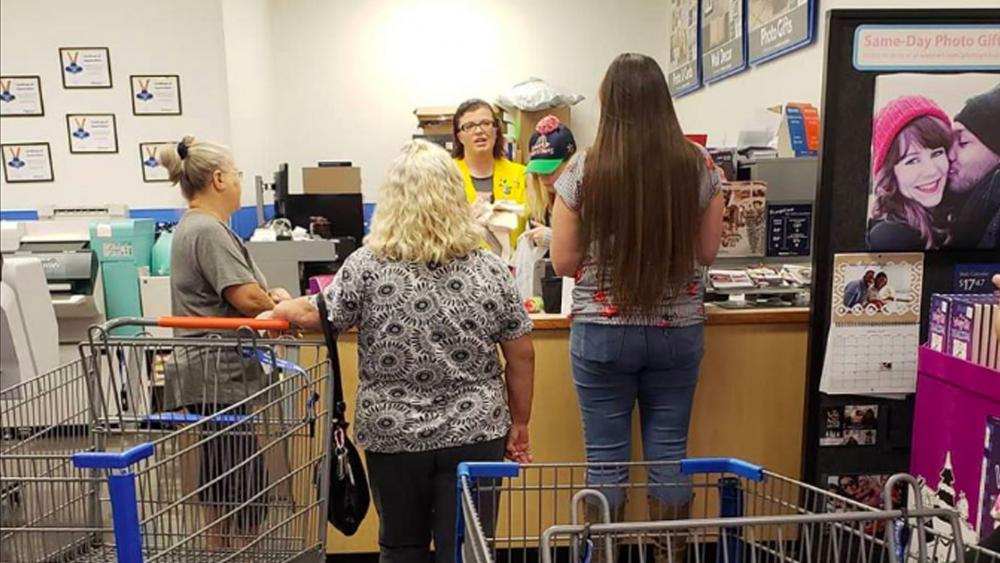 Two grandmothers experienced the love of Christ last week when a stranger at a Walmart went out of her way to bless them.

In a Facebook post published Saturday, a woman who witnessed the interaction at the Tennessee store described the moment that brought tears to her eyes:

“Yall. I don’t know this lady (with the long hair) at all,” Brittany Nichole Ramirez wrote alongside a photo taken inside of the Walmart. “I’ve never seen her in my life. But. She literally just brought tears to my eyes.”

Ramirez went on to explain that the two older women in the picture were trying to put some gifts for their grandchildren on layaway for Christmas, but they “didn’t have enough money to cover the layaway price … and their medicine they need.”

The women, whom Ramirez described as sisters, told the cashier not to worry about the presents, saying that they would come back when they didn’t have to buy their medicine.

But then something incredible happened: A younger woman “walked up to the cashier and offered to pay their stuff in full so they can have Christmas for their grandchildren.”

The kind and unexpected gesture brought tears to the elderly women’s eyes, but what happened next was even more touching.

When the sisters told the woman they didn’t know how they would repay her, she simply “put her arms around them, and said… ‘You don’t owe me anything. I’m just trying to live a life that shows people Jesus is alive, and He is real.’”

Ramirez, who was standing close enough to snap a discrete photo, was absolutely stunned.

“Yall. I am so thankful I got to witness this,” she wrote.