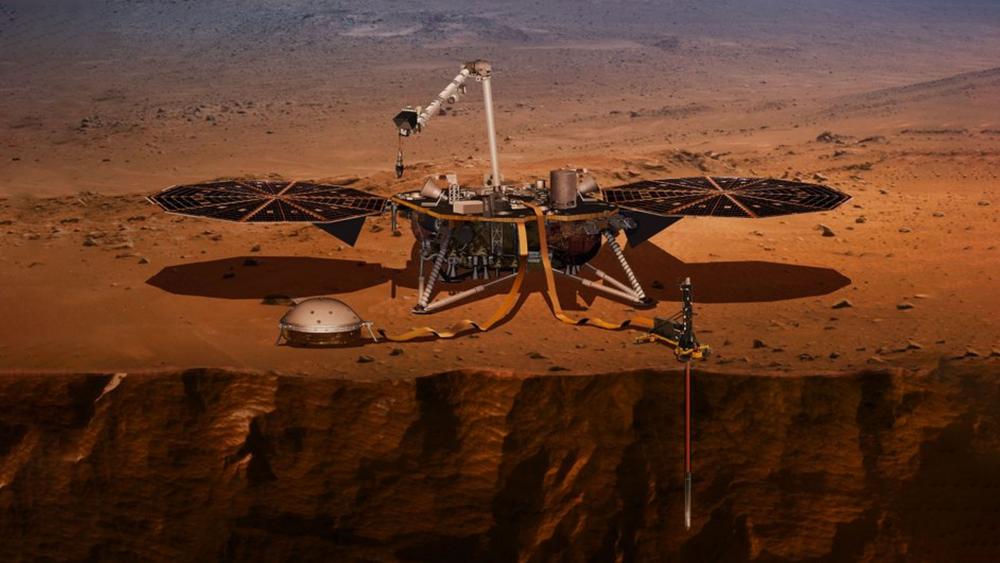 This illustration made available by NASA in 2018 shows the InSight lander drilling into the surface of Mars. InSight, short for Interior Exploration using Seismic Investigations, Geodesy and Heat Transport, is scheduled to arrive at the planet on Monday.

CAPE CANAVERAL, Fla. (AP) — It all comes down to the final six minutes of a six-month journey to Mars.

NASA’s InSight spacecraft will enter the Martian atmosphere at supersonic speed, then hit the brakes to get to a soft, safe landing on the alien red plains.

After micromanaging every step of the way, flight controllers will be powerless over what happens at the end of the road Monday, nearly 100 million miles (160 million kilometers) away. The communication lag between Mars and Earth is eight minutes.

“By the time we hear anything, the whole thing is already done,” said project manager Tom Hoffman of NASA’s Jet Propulsion Laboratory. “Either it happened or it hasn’t happened.”

Any small last-minute adjustments must be completed 1 ½ hours before touchdown, said Rob Grover, lead engineer for the landing team.

“All of our efforts to make sure we’re successful all happen in the years before,” he explained.

A brief rundown of Insight’s do-or-die entry, descent, and landing:

InSight will come in like a 12,300-mph (19,800-kph) arrow, piercing the top of the Martian atmosphere about 77 miles (114 kilometers) above the surface. Engineers are shooting for a 12-degree angle of attack, almost parallel to the ground. Too steep, the spacecraft could burn up. Too shallow, it could bounce back into space. Atmospheric friction slows the spacecraft but builds up heat. Its heat shield is made to withstand the 2,700 degrees Fahrenheit (1,500 degrees Celsius). Once InSight is down to seven miles (11 kilometers), its parachute opens at a breakneck 860 mph (1,400 kph).

Shortly after the white nylon chute opens with a yank, InSight ditches its heat shield and unfolds its three legs. After two minutes of descending under the parachute, the spacecraft, still supersonic, starts using radar to determine speed and altitude, from about 1 ½ miles (2 ½ kilometers) up. Less than a minute remains until touchdown. With its speed now down to 134 mph (215 kph), the lander dumps its back shell and parachute. It is less than a mile (one kilometer) above the ground.

Almost immediately, InSight’s 12 descent engines start firing to further slow the lander and keep it away from the severed back shell, still falling under the parachute. The lander turns itself so its solar panels will extend east and west at touchdown, and its robotic arm faces south. InSight’s speed is now 17 mph (27 kph), at an altitude of 164 feet (50 meters)

Now in so-called constant velocity mode, InSight is aiming for a 5 mph (8 kph) touchdown in a plain near the equator called Elysium Planitia. There it will dig deep for heat measurements and scope out marsquakes over a full Martian year, or two Earth years. NASA picked this spot because it should be relatively flat and free of big rocks that could hamper science operations. Parking near the equator provides optimal sunlight for solar energy. “It’s a very safe place to land,” Grover said at a press conference Wednesday.

It will be around 2 p.m., Mars time, when InSight lands. That’s 3 p.m. on the U.S. East Coast and noon for the JPL flight controllers in Pasadena, California. NASA estimates temperatures could be in the teens or even single digits Fahrenheit (well below zero Celsius). Overnight lows could reach minus 140 degrees Fahrenheit (minus 96 degrees Celsius.) It’s wintertime on Mars. “Probably don’t need an umbrella, but you may need a coat and definitely recommend a spacesuit, too, if you’re there at the landing site,” Grover joked to reporters while describing the bone-dry Martian plain.

Since departing Earth in May, InSight has been shadowed by WALL-E and EVE, the first CubeSats to venture into deep space. The briefcase-size satellites named after the characters in the 2008 animated movie will pass within a few thousand miles (kilometers) of Mars, as InSight lands. NASA hopes one or both relay InSight’s radio signals. If the experiment succeeds, flight controllers may be able to follow InSight’s descent and landing, although with a lag of more than eight minutes at best. Otherwise, news will trickle in from NASA’s Mars orbiters.

InSight’s first job, just several minutes after landing, is to take a picture. Ground controllers want to see what they’re up against. Big rocks or a hillside could interfere with the stationary lander’s geology experiments. Once the red dust settles about 16 minutes after touchdown, the lander will spread its solar panels and settle in for its first long winter’s nap at Mars. 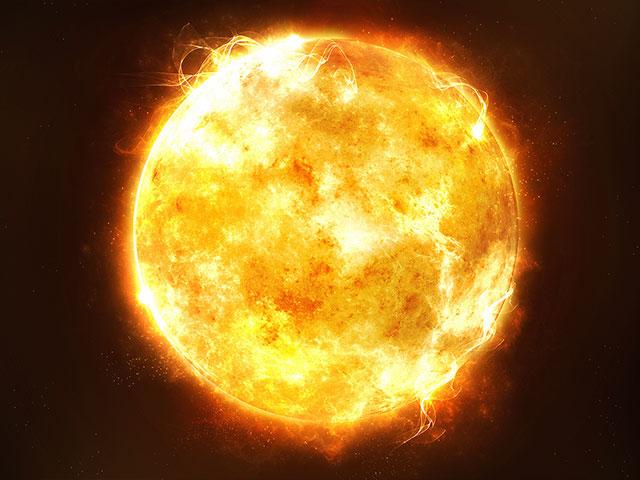 Something's Happening to the Sun Right Now, Here's What It Means for Earth 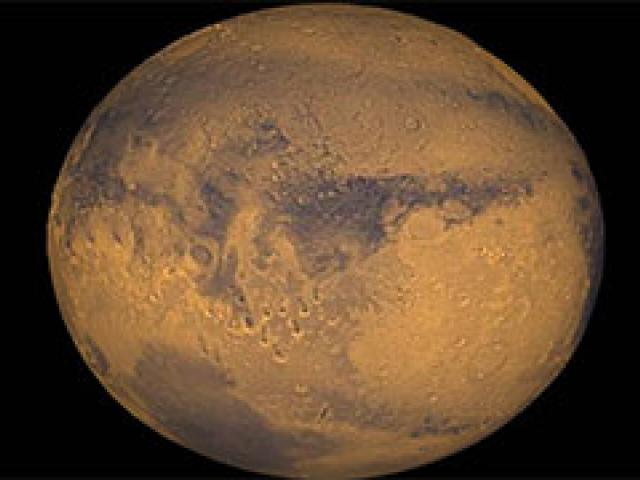 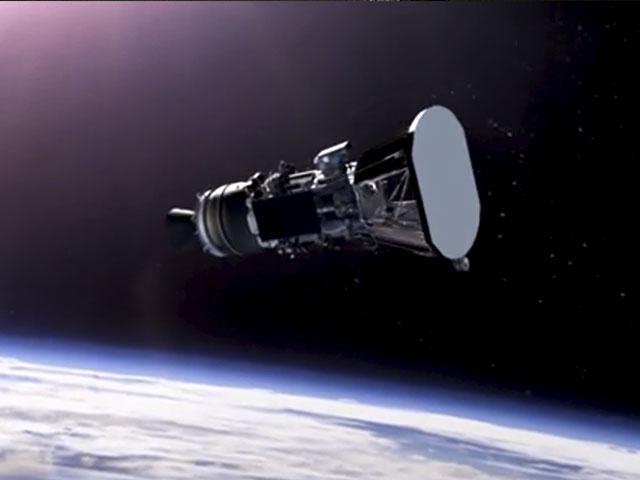