A Politically Divided Clergy? What Pastors Are Saying about Donald Trump’s Job Performance 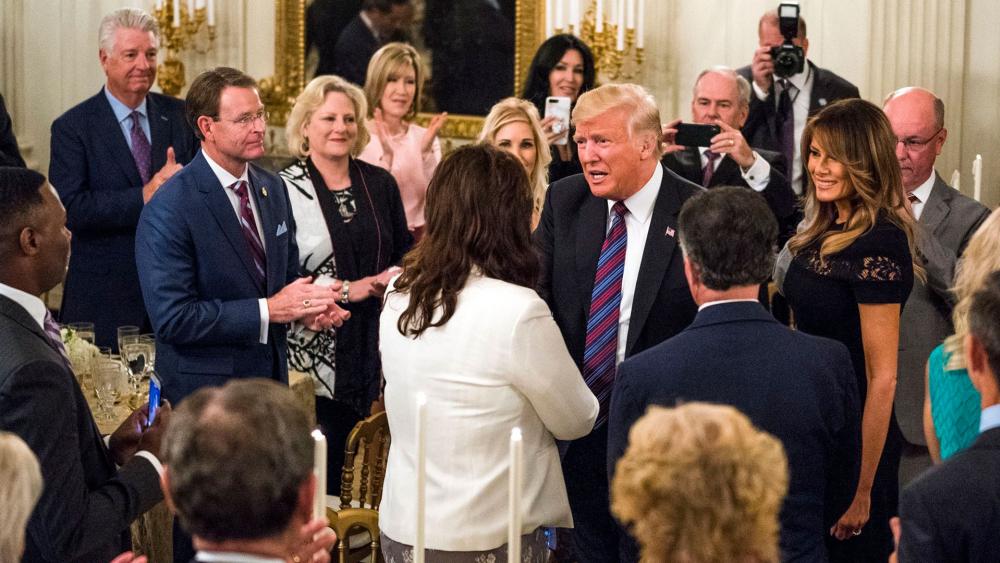 WASHINGTON – Almost two years into Donald Trump's presidential term he continues to be a polarizing figure among the general populace – and apparently, he's just as divisive among the clergy.

According to a new study by LifeWay Research, just a little over half (51 percent) of American pastors approve of the president's job performance. Among that number 25 percent give hearty approval.

"After almost two years of actions and statements from the White House, most pastors likely consider some positive and others negative," explained Scott McConnell, executive director of LifeWay Research. "When asked to evaluate the president's job performance with no neutral option, most pastors approve."

Not everyone, however, is happy. The LifeWay survey shows 28 percent of pastors are displeased with the president's performance. Meanwhile, another 20 percent indicate they're on the fence, despite there being a wealth of data on the commander in chief.

"There is no lack of information on what President Trump is doing or how he is doing it," noted McConnell, "so the undecided posture appears to be an unwillingness to identify with either of the political sides that have emerged in American politics."

McConnell suggests the divide is often linked to a pastor's political leanings.

Researchers found that among African-American clergy – of whom only 6 percent identify as Republican in 2016 -- a whopping 85 percent took a dim view of Trump.

"And nothing in President Trump's first two years has generated approval from African-American pastors beyond that level," McConnell said.

White pastors, on the other hand, tended to more split on the matter, with 54 percent approving of the president's performance.

There was also division among age groups, with 41 percent of younger pastors (18-44) approving of Trump compared to 56 percent of older clergy members (those over 45).

And while LifeWay researchers noted that pastors' responses are also split across denominations, they noted that even their perceptions of Trump's job performance fell along political lines.

"With the majority of Protestant pastors identifying as Republican, it is not surprising that a majority approve of President Trump in his first term," said McConnell. "Clearly, pastors' political views factor in how they evaluate the president's leadership and accomplishments in the first half of his term."