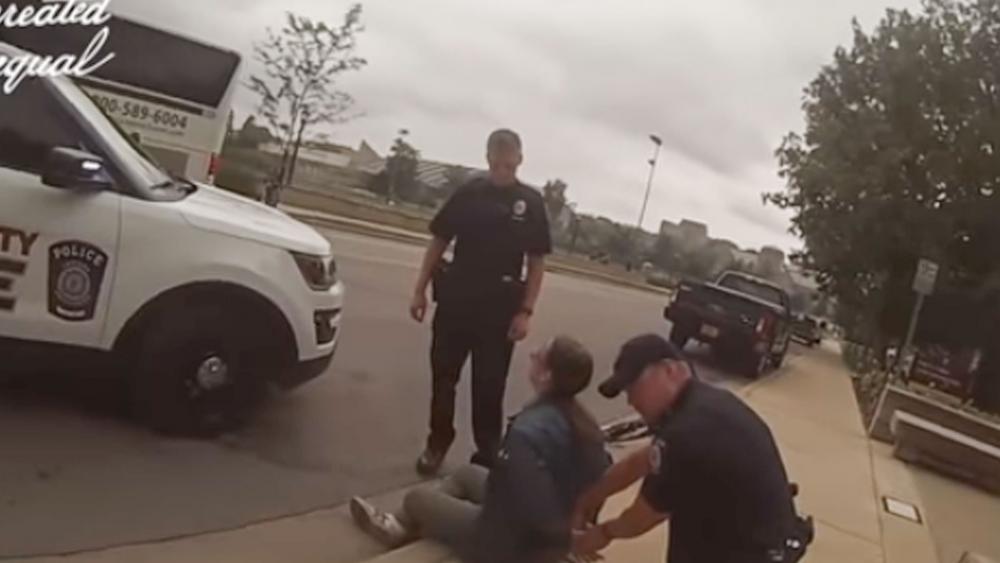 One pro-life group's 40-school tour to highlight the plight of the unborn took a disturbing turn this week when an angry Indiana University student defaced several pro-life signs with spray paint while campus officials passively looked on.

The incident, which was caught on camera, unfolded during the first week of Created Equal's Road Trip for Life tour.

"A student first stole our signs before returning to vandalize and destroy other signs showing pictures of aborted babies," Created Equal said in a press release Wednesday.

Unapologetic for his actions, the student told one of the Created Equal team members, "You want women to be child-rearing surrogates that don't have any rights. And I f***ing hate you."

Even more concerning, the group noted, was the failure of school administrators who witnessed the incident to intervene.

"Sir, I'd like to encourage you to stop," one school official said, allegedly making no attempt to stop the vandal.

The student tried to flee the scene on his bike but was later apprehended by police, who have yet to reveal the attacker's identity.

Meanwhile, Created Equal is hoping the public will call out the university for its lack of action.

"Created Equal is encouraging concerned citizens to contact IU President Michael McRobbie (812-855-4613, [email protected]) and insist the administration apologize for failing to intervene and defend the rights of peaceful pro-life demonstrators," the group wrote in its press release.

Created Equal bills itself as human rights advocates who boldly defend the unborn.

"By the time Created Equal leaves a campus, we know abortion can no longer be hidden behind euphemisms of 'choice' and 'bodily autonomy,'" the group states on its website. "Students have seen the victims. They've heard a robust defense on behalf of preborn babies. They've been given information regarding assistance for those with unplanned pregnancies."