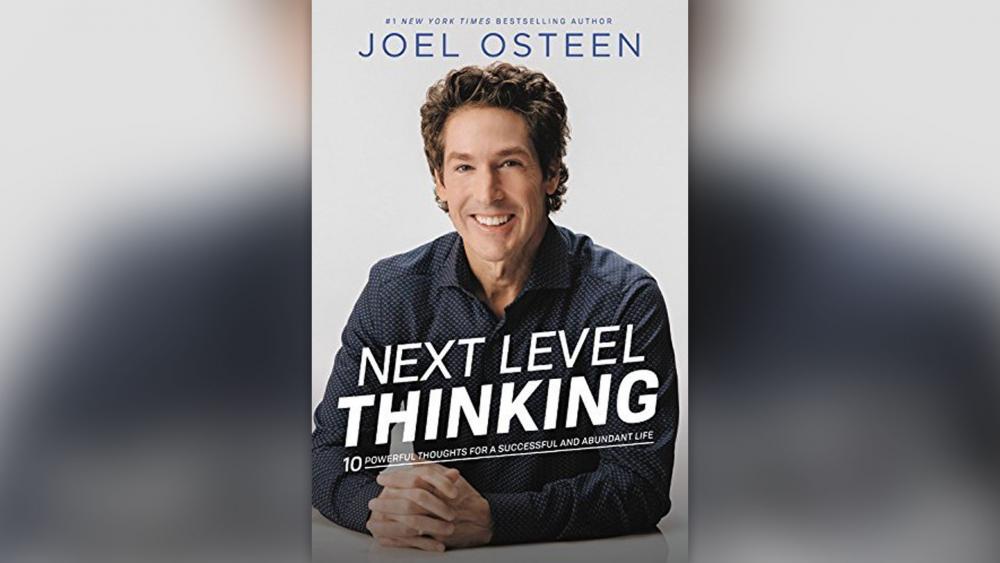 New York Times best-selling author and televangelist Joel Osteen says we all have things in our lives that hold us back – that keep us from the life we were truly meant to lead.

That's the subject of his latest book Next Level Thinking: 10 Powerful Thoughts for a Successful and Abundant Life which will be released on Tuesday.

The good news is that people don't determine our destiny – God does.  He writes that we weren't created to go through life weighed down by the past. God has destined us to rise higher – to the next level.

Osteen writes that we were never meant to live life bound by addictions, dysfunction, guilt, or the past. God created us to be free. We need to leave behind the negative mentality and move toward victory.

"The Scripture speaks of how we are in the world," he writes.  "But we are not of the world. You may be in a limited environment, but you don't have to be of it. Don't let that environment get in you."

"Don't let your mind become conditioned for mediocrity. Don't let that change who you really are," Osteen writes.

Olsteen is the senior pastor of the Lakewood Church in Houston, Texas.  He has authored seven New York Times Best Sellers.

His televised sermons are seen by over 7 million viewers weekly and more than 20 million monthly in over 100 countries, according to Wikipedia.

You can also hear his sermons on Sirius Satellite Radio Channel 128.