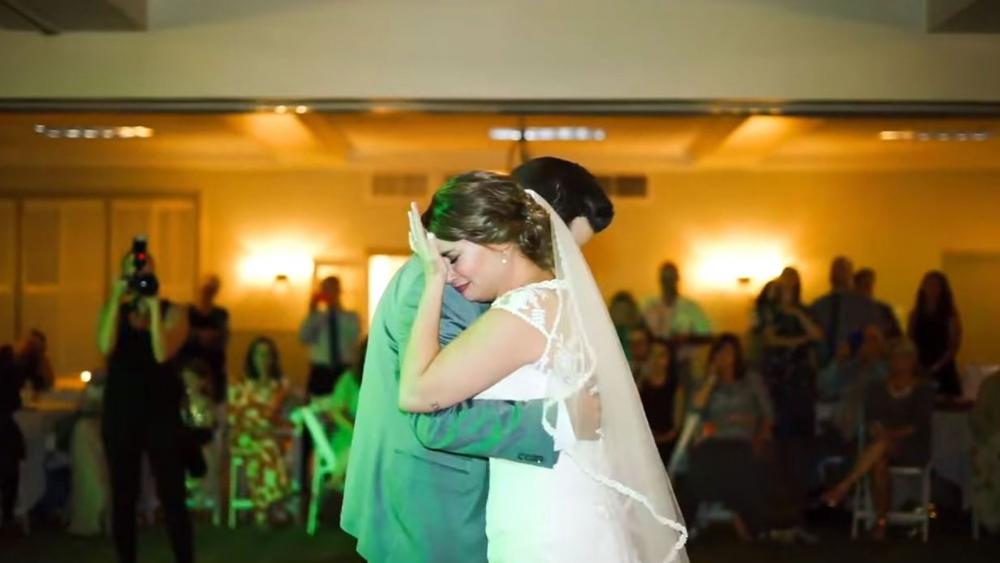 They say your wedding day is supposed to be the happiest day of your life. For Kaley West Young, it was also a heartbreaking reminder that one important person couldn't be there – her father.

Her dad, David West, passed away three years ago. That didn't stop West's five brothers from making sure their dad was there in spirit.

The brothers came up with the idea for each of them to dance with their sister during the father-daughter dance. They decided to make it really special by playing a song that included short clips of their dad's voice from home videos interspersed throughout the song.

The result was quite a tear-jerker.

The brothers surprised West with the heartfelt song at her wedding day and she immediately broke into tears when she heard the first clip of her late father's voice. The video of the dance has nearly 20 million views on Facebook.

"I was struggling to even stand," she told MSN in an interview. "I was trying to keep myself composed, but honestly the only thing that I felt was complete love."

There wasn't a dry eye in the room as the wedding guests watched each brother dance with their sister. West hopes the viral video of her brothers' wedding surprise reminds everyone what is most important.

"It's just a reminder to everyone that sees the video that family is most important," Kaley said. "And there's love in the world, and that's the greatest gift we could ever have to share to the world because the world deserves it."