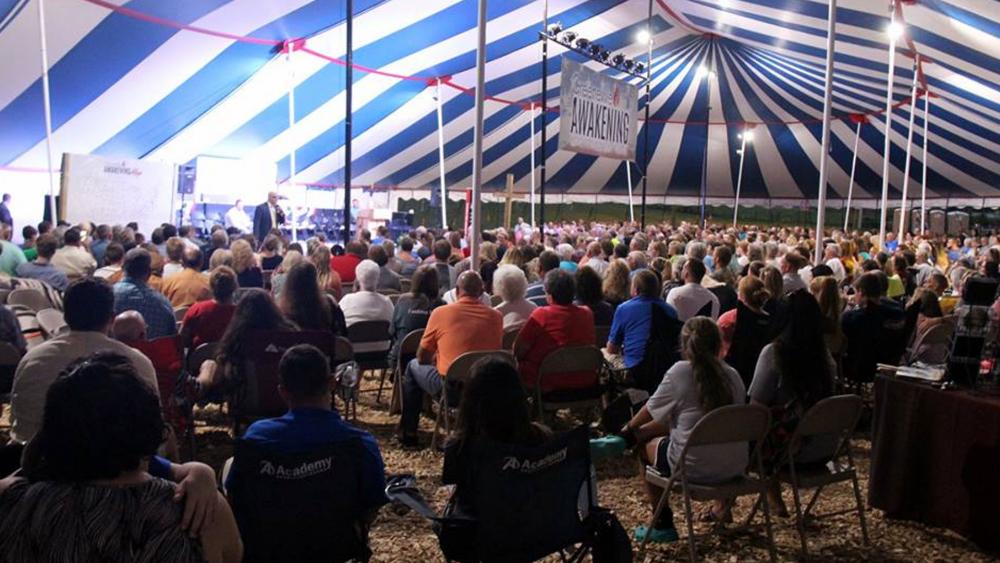 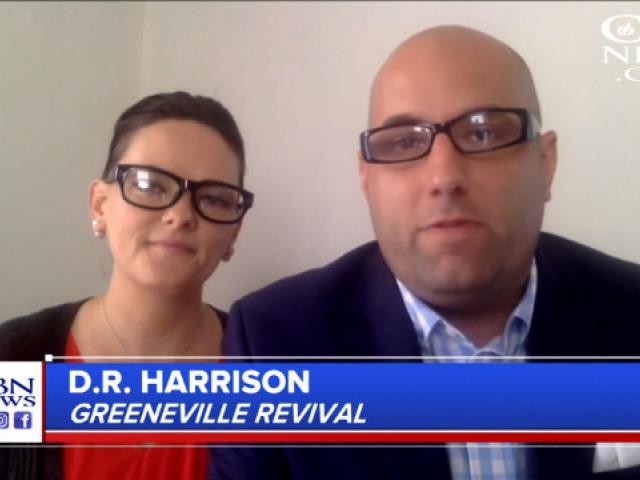 CBN News spoke with Evangelist D.R. Harrison and his wife, Laura, about the #GreenevilleAwakening, a tent Revival in Tennessee now in its 21st week! Watch above.

Spiritual revival continues in Northeastern Tennessee, as the Greeneville Awakening is now in its 21st week.

Nearly 700 people have accepted Jesus Christ as their Lord and Savior so far.

CBN News spoke with the evangelist leading the services under a big tent near Greeneville, Tennessee, along with his wife, to get an update.

"God just continues to move; each week the crowds continue to build," Evangelist D.R. Harrison said. "People continue to come from all over the country."

He also said people from as far away as India have attended.

The Harrisons say D.R. originally was scheduled to preach a one-week revival beginning April 15 at the Greystone Freewill Baptist Church.

"It has expanded until people were standing room only in the church, and so it expanded into the tent," she continued.

D.R. Harrison told CBN News he never thought it would last this long.

"Never in a million years would we have ever dreamed what God had planned, and that's why it's all God 'cause it's no man can take glory for what he's doing in this town," he said.

D.R. explained that the revival services are now being broadcast across the globe through radio.

"And I believe everyone is searching for something that is real," she continued.

"I believe Joel, chapter 2, is coming to life right before our very eyes," D.R. said. "I believe God is pouring out his Spirit, and I believe that we are living in the last seconds of the last minutes to the last hours of the last days before Jesus returns."

D.R. explained that the goal of the Revival is simple.

"We want to reach as many people with the Gospel as we possibly can, and we want people that are saved to be revived, and to be awakened out of their sleep, and to realize that we don't have a whole lot of time," he shared.

"And there's people dying and going to Hell all around us, and we have the answer; we have the hope, and that hope is Jesus Christ," D.R. continued.

"The one hope that we do have is in Jesus Christ, and it doesn't matter what the world may throw you, or what you are going through, or what you may be addicted to, that there is one hope, and that is Jesus Christ," said Laura.

"Jesus is the answer whether it's drugs, alcohol, pornography, whatever you're facing in life, Jesus can wash it all away with his blood, and he can change your life like he did ours," D.R. shared.

The Harrisons invite people to pray for the Revival. Services are held Monday through Friday, starting at 7 pm, at the big tent located at 1005 Quaker Knob Road, Chuckey, Tennessee. 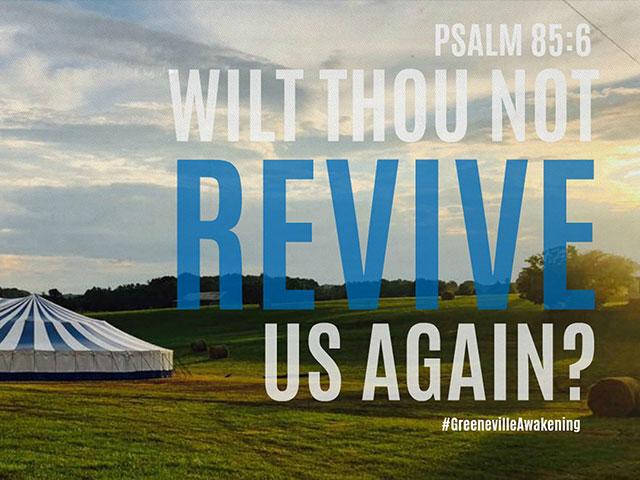 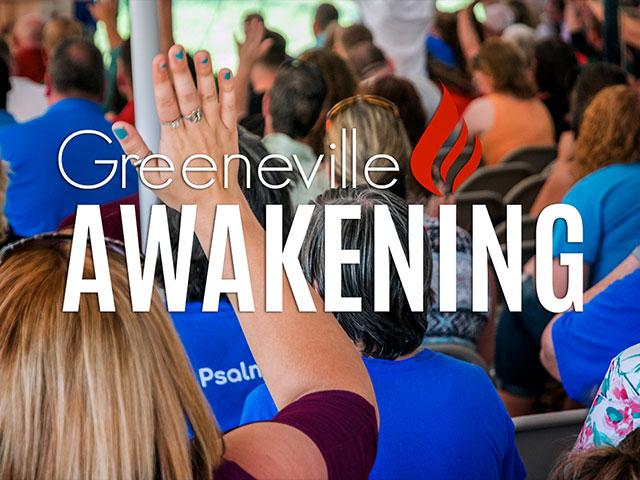 'It's All God': Tennessee Tent Revival in Its 3rd Month as More and More People Come to Christ
CBN News Email Updates