Trump Administration: PLO Office in Washington to be Closed

The Trump administration plans to close the Palestinian Liberation Organization office in Washington D.C. and threatens sanctions against the International Criminal Court (ICC) if it pursues any investigations against Israel, the U.S., or other allies.

The announcement was made Monday and is the latest in a series of moves the administration has taken against the Palestinian leadership in recent weeks.

The State Department cited the Palestinian leadership's unwillingness to enter into peace talks with Israel as the main reason for closing the office.

"The Trump administration will not keep the office open when the Palestinians refuse to take steps to start direct and meaningful negotiations with Israel," National Security Adviser John Bolton said in a statement Monday. "The United States supports a direct and robust peace process, and we will not allow the ICC, or any other organization, to constrain Israel's right to self-defense."

"The United States will use any means necessary to protect our citizens and those of our allies from unjust prosecution by this illegitimate court," he added. "We will not cooperate with the ICC. We will provide no assistance to the ICC. We will not join the ICC. We will let the ICC die on its own. After all, for all intents and purposes, the ICC is already dead to us."

The State Department also said the decision aligns with U.S. law, congressional concerns, and U.S. foreign policy. The United States is working on but has yet to release a peace plan for the Israelis and Palestinians.

"PLO leadership has condemned a U.S. peace plan they have not yet seen and refused to engage with the U.S. government with respect to peace efforts and otherwise," State Department spokeswoman Heather Nauert said in a statement. "As such, and reflecting congressional concerns, the administration has decided that the PLO office in Washington will close at this point."

Closing the PLO office in D.C. means the Palestinians will not have a formal diplomatic presence in the U.S. capital.

Senior Palestinian diplomat Dr. Saeb Erekat condemned the move, saying it was "yet another affirmation of the Trump administration's policy to collectively punish the Palestinian people, including by cutting financial support for humanitarian services including health and education."

Monday's announcement reveals an already weakening relationship between the U.S. and the Palestinian leadership.

Just last month, The U.S. canceled more than $200 million in Palestinian aid and cut all U.S. funding to the United Nation's aid program for Palestinian refugees.

While many applaud these movies, some foreign policy experts believe it may actually threaten Israel's safety.

Dave Harden, a former US Agency for International Development official, told Foreign Policy that the decision to cut UNWRA funding could embolden Hamas because it would weaken Hamas' rival – the Palestinian Authority.

"An immediate and capricious cut off of UNRWA funding…risks collapsing the Palestinian Authority, empowering Hamas, and shifting the responsibility of health, education, and ultimately security services to the Israelis," Harden said. "The decision is dangerous, with unpredictable consequences."

Report: US to Cut All Funding to UN Palestinian Aid Agency 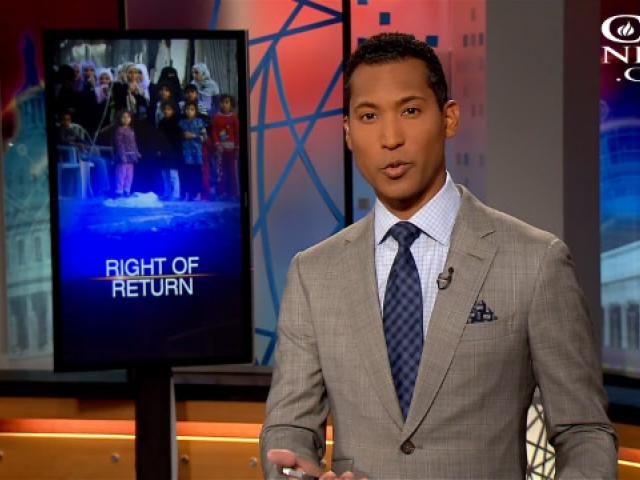