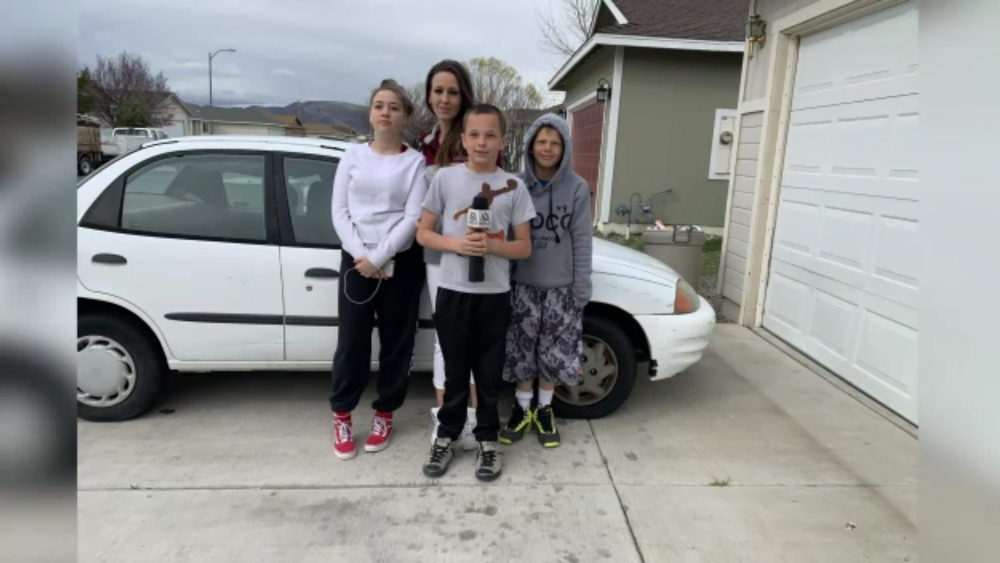 A 13-year-old boy's selfless act is getting the attention of people across the nation.

William Preston shares a home with his brother, sister, and single mom, Krystal Preston. The tight-knit family works together to make ends meet without a car. William often does yard-work around his neighborhood to help pay the bills.

One day, William did what most kids his age never dream of doing.

"I saw on YouTube where people get their mom a car and then surprise her with it," William told ABC's KOLO Newsnow. "I wanted to do that."

"It was really cheap so I asked her if I could trade it for my Xbox or earn it, and at first she said no. And after she thought about it, then she said yes," William said.

It wasn't long until the seller showed up at their home and drove Krystal and William to her house where the car was parked. Krystal was stunned when William said, "Mom, I got you a car."

"I lost it, I bawled, I was just like, there's no way," Krystal told the station. "And then she gave me the keys and the paperwork."

The mother of three says she is proud of her son.

"At my low point, here comes my son," Krystal said. "Everybody goes through rough patches in their life, but there's good that can come from any situation as long as somebody with a heart does it."

The story has caught the eye of many people online. Now, strangers are helping the young family by donating to a GoFundMe page. So far, people have raised $4,600 of their $5,000 goal.