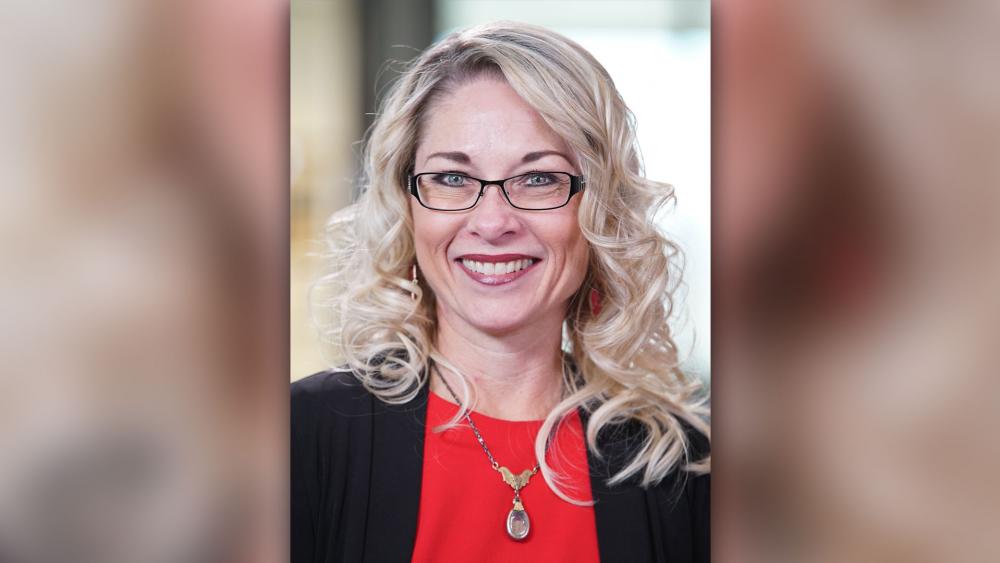 "They blackballed me because I was an ex-gay."

That's what happened to my friend Jeralee Smith when she dared to speak out as a teacher delegate at the National Education Association's Representative Assembly (NEA RA). Why? Jeralee advocated for balance and wholesome values in NEA-supported sex education curricula.

Teachers like Jeralee and me are terrified to speak out at massive union meetings — all we really want to do is teach. Jeralee never dreamed she'd share her personal story of struggles with sexual issues, but the unions' sexual agenda is pushed onto students as young as pre-school, and teachers and parents are outraged, so she stepped up to the microphone to address 8,000 delegates. She loved her students too much to remain silent.

Jeralee told me, "I made it personal. Even though there were a lot of people who were supportive in a silent way, (NEA) didn't want to hear anything; they just wanted us to shut up and go away. They blackballed me because I was an ex-gay. I was never electable again after that."

Why would a teachers' union care if Jeralee is an ex-gay? Isn't that her personal prerogative? Aren't unions supposed to concern themselves with fair pay and working conditions? They've defined themselves as exemplars of tolerance, inclusivity, anti-bullying, the protectors of the vulnerable and "the world's largest democratic deliberative body." But these are all lies. In reality they're vicious, and they masquerade as "teacher advocates" — while using our profession and money to fund their angry, far-left agenda.

Being ex-gay doesn't fit their narrative. That's why they bully ex-gays. So Jeralee, Sue Halvorson and several brave teachers run an NEA Ex-Gay Educators' Caucus. They've spent their personal time and money reproducing verified, medically accurate and educationally sound materials to present at the NEA RA for decades. As a result, they've been blacklisted from serving on sex education-related committees, maligned, told they belong in hell and isolated as pariahs. This is their punishment for refusing to bow down to union think.

It's troubling, but ex-gays aren't the only group to be singled out and bullied regularly at NEA RA meetings — Christians are too.

Sue Halvorson and her friend once attended an NEA RA pre-conference talk called, "The Rise of the Religious Right: The Implications for Democracy." Her friend told me, "They started characterizing us Christians with inflammatory rhetoric. They said the religious right was so intolerant, have an intolerant spirit, a willingness to condemn everyone, have no regard for true diversity...we're dangerous; we're causing this crisis in democracy."

In order to silence ex-gays and Christians completely, New Business Item 86 was adopted at the 2017 NEA assembly. It states "NEA will thoroughly review and evaluate exhibitors' materials for information that is offensive, obscene, or in bad taste" with "special scrutiny" on: "NEA Ex-Gay Educators, the Creation Truth Outreach, and the Creation Science Educators."

The attacks on loving teachers who speak out in defense of children and traditional American values are constant and brutal.

So, Diane Lenning started a Republican Educators Caucus in the NEA RA to give voice to millions who've been silenced. Her caucus submitted an objection to the NEA president after the NEA gave its coveted Human Rights award to a teacher who revealed that he chose not to report a 16-year old boy's sexual relationship with a grown man. Since education professionals serve as mandatory reporters of abuse or sexual inducement toward students, Diane told me, "Many education leaders felt it went against teacher ethics to present a human rights award to a teacher who ignored his required duty to protect students."

Did the NEA admire their concern for child safety and professional standards? Heavens no. NEA member-teacher activists threw a giant fit and tried to stage a coup to oust Diane as leader of her own caucus. They failed by only one vote. Dissenters accused Diane's group of being biased against LGBT individuals, but their objections had nothing to do with the sexual choices of others. They stood against the award recipient because he failed to report the sexual exploitation of a minor under his supervision.

Loving teachers defend and protect all children and families no matter their religion, political leanings or sexual orientation. Make no mistake, teachers' unions don't represent our hearts or ethics. Unions use us, silence us, and undermine the traditional values most teachers cherish. Claiming to be tolerant, inclusive, and protectors of vulnerable kids and teachers, union activists persecute Christians and ex-gays and promote bullying through "how-to" classes with titles like, "How to Deal with Conservative Right-Wing Extremists." Then they label loving teachers like me "spawn of Satan" for daring to stand up to them.

Teachers who remain in NEA should heed Diane's warning: "This is an organized group of teachers who will use your money against you and all the people in America who believe similarly to you, and the money is the issue. They have the money. The money brings them power."

Portions of this editorial have been adapted from Rebecca's book, Standing Up To Goliath.

Rebecca Friedrichs is the founder of For Kids & Country and a 28-year public school teacher who led the fight against the divisive tactics, politics and corruption of teachers' unions as lead plaintiff in Friedrichs v CTA. Her US Supreme Court case paved the way for a precedent-setting ruling which freed all public sector employees from forced unionism.

Her PragerU video "Why Good Teachers Want School Choice" has over 4.7 million views. She's the author of Standing Up to Goliath: Battling State and National Teachers' Unions for the Heart and Soul of Our Kids and Country.