'Made in the Image of God': How Indiana's Pro-Life Laws Could Change US Abortion Battle 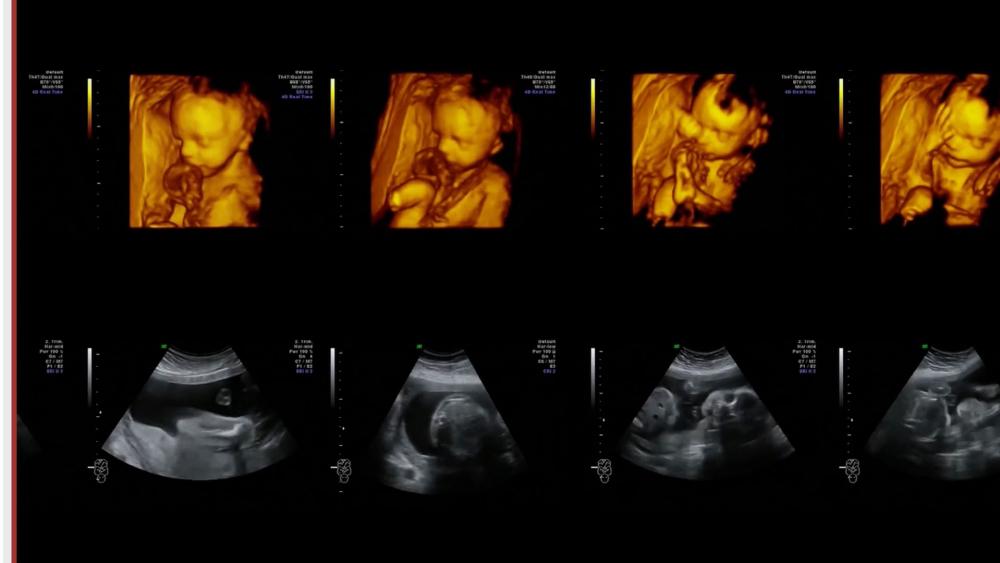 INDIANAPOLIS – The battle over abortion is in high gear in state legislatures across the nation. Lawmakers like those here in Indiana keep churning out measure after measure to limit abortion. And those measures keep getting challenged in court.

But pro-life forces say these court battles are worth it. That's because if a case ends up getting appealed all the way to the US Supreme Court, it could affect the whole country.

One such Indiana case dealing with civil rights for the unborn was struck down last year by the Seventh Circuit Court of Appeals.

Mike Fichter, head of Indiana Right to Life, told CBN News, "Indiana's actually the only state that's passed a law that protects unborn children based upon their civil rights, that prohibits abortion based upon a child's color of his skin, sex, national origin, disability or Down's Syndrome. The Court has never addressed the civil rights of unborn children before."

So if the Supreme Court decides to take up the case, Fichter said, "This is historic."

Case Could Have a Big Impact on Limiting Legalized Abortion

ACLU of Indiana's lead attorney Kenneth Falk complained if the Court decides to rule on the case, that could potentially open the door for states to limit abortions.

He said, "The state of Indiana is saying 'prior to viability we have the right to tell you whether or not you can get an abortion.'  And once you admit that, then there's no limit to how the state can interfere with that right."

But though that may dismay Falk, it's the goal of these pro-life Indiana legislators: a fundamental change to Roe v Wade, the ruling that legalized abortion nationwide.

Fichter said, "We believe that if they accept this appeal, it's a clear sign that the Supreme Court is willing to reconsider Roe. And we hope that the end of Roe v Wade comes from Indiana." Ultrasound Laws: Do They Change Minds or Not?

The high court may also take up another state measure.

Fichter explained, "Indiana's ultrasound law requires that any woman considering an abortion in Indiana must have an opportunity to see an ultrasound of her unborn baby at least 18 hours before she can have an abortion."

Ellis argued, "When women see the life of their child and the heartbeat that's beating inside of them, there is still a fundamental conscience that God gives us. And most women can't negate that and suppress it to the point that they are willing to kill their child."

He suspects this law insisting an ultrasound happen 18 hours or more before an abortion was just an attempt to make getting that abortion harder.

He argued because of that law, "Women were having to travel great distances, hundreds and hundreds of miles twice to get abortions. And what the evidence showed in this case was this prevented women from obtaining abortions."

Which is why the ACLU attorney believes a court ruled against the ultrasound measure - based on the suspicion Indiana was just trying to make it more difficult to get an abortion.

As Falk put it, "The state had no good reason for changing the ultrasound requirement to an 18-hour requirement. And abortion jurisprudence today requires you to balance the burdens on women getting an abortion with the benefits to the state. And the court found there was very little if any benefit and lots of burden." And he bemoaned how a court slapping an injunction on the ultrasound law is having a deadly impact, saying, "As soon as the injunction went into effect, we've seen a large spike in abortions in the state of Indiana. So we know that it informs women. We know that it helps women choose life. The fact that it has an injunction on it right now is literally costing lives in the state of Indiana.  So it's extremely important that this case is heard by the Supreme Court."

Ellis insists ultrasounds can be crucial game-changers in moving women away from abortion, saying, "If we're giving women all of the information and we're showing a woman through advanced medical technology 'this isn't just a glob of cells in you, this is a living human being that is a separate human being made in the image of God,' then we're going to see more and more women not even choose to make that choice."

Ellis continued, "What the Founders said in the Declaration was that truth is self-evident. And that's what we see in ultrasounds: we see the self-evident fact that this is a human being."

Granting the Unborn Dignity Even in Death

Also, the Court is considering whether to rule on an Indiana measure Fichter said would treat aborted babies like they were indeed human beings.

He stated, "It's saying the remains of an unborn child that's been aborted are not just garbage to throw into a landfill – which, unfortunately, that's what happens right now."

The ACLU's Falk pointed out the measure doesn't really put fetal remains on an equal par with humans who were born and died later, because this measure still allows those fetal remains to be treated differently than any other human's body.

"The state has to have a rational reason for doing what it's doing, and what the state is saying is 'we want to require these remains be honored as if they were a person,'" Falk explained. "One of the problems with the law is that it has within it contradictions to the state's own purpose."

For instance, Falk stated, "What the law says is if the woman wants to take the fetal remains or tissue remaining after an abortion or miscarriage home with them and throw it away, they can. The law states the remains can be cremated en masse, which you can't do with a human body."

'It's Not Just a Clump of Cells'

Ellis, though, is hopeful if the Court takes up this fetal remains measure, it could have an important impact.

"The human remains of an aborted child is a human being," she insisted. "And so for fetal remains to have to be treated as a human being individually, I think that that would really show that the Court understands that this is truly a child, it's not just a clump of cells or some other organ that we're removing from the woman's body. It's not part of the woman's body. It has its own distinct DNA and everything."

Fichter said of fetal remains measure, "It makes a very strong point about the dignity of an unborn child's life."

The hope of many pro-life advocates is the more cases that put the humanity of the unborn before the justices, the better the chance those justices will back off from the rulings that legalized the killing of those unborn.