Trumps Attend Easter Service at Church Where They Were Married 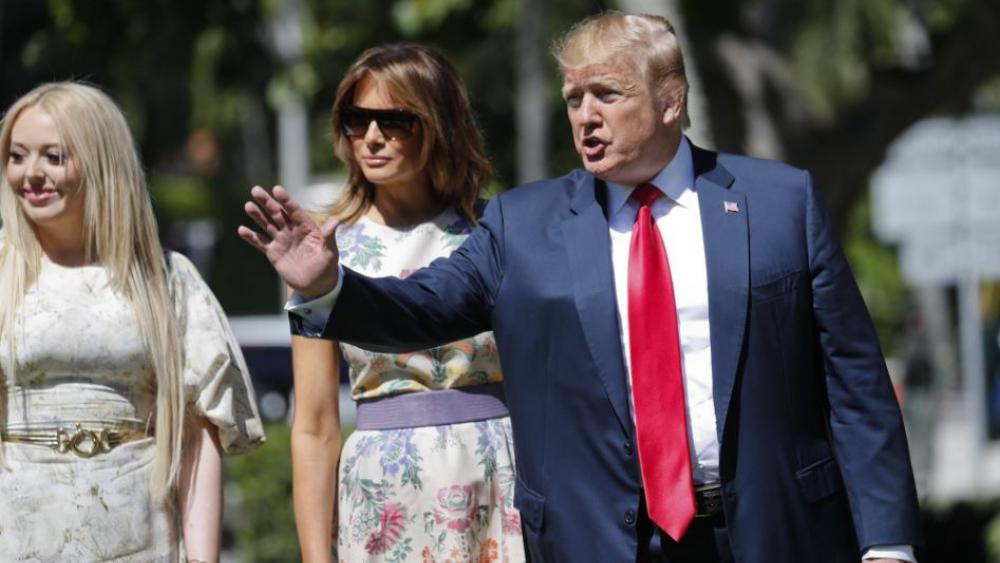 President Donald Trump on Easter morning offered condolences to the people of Sri Lanka, and attended services at the Church of Bethesda-by-the-Sea near his Florida estate.

The President tweeted happy Easter to his many followers earlier in the morning, adding "I have never been happier or more content because your Country is doing so well."

The president also tweeted about the terrorist attacks in Sri Lanka, saying "we stand ready to help!" Explosions at churches and hotels in that nation killed more than 200 people. No one has claimed responsibility for the attacks; Sri Lanka's defense minister described the bombings as a terrorist attack by religious extremists.

The President, first lady Melania Trump, and daughter Tiffany attended the morning services at the Episcopal church. It's the same church where he and the first lady were married in 2005.

"Happy Easter everybody, have a great day," Trump said upon his arrival at the church. "A lot of great things are happening for our country."

In his sermon, The Rev. James Harlan encouraged the congregation to continue learning in life and in their faith.

"Let's make sure we're not being old dogs, unable or unwilling to learn and see something new," he said.

The White House said Trump was having brunch with the family before returning to Washington on Sunday afternoon.

Founded in 1889, Church of Bethesda-by-the-Sea started with four congregants who wanted to establish an Episcopal mission on the shores of Lake Worth.