Camp for Christ: Teaching the 'Least Religious Generation' to Both Know God and Fight for Him 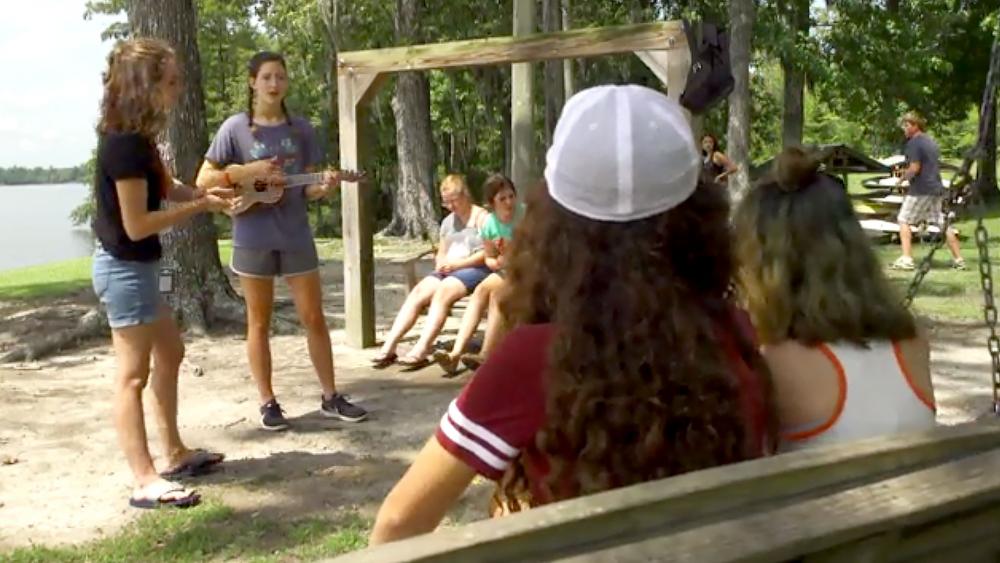 6073763069001
Camp for Christ: Teaching the 'Least Religious Generation' to Both Know God and Fight for Him

CAMP CALE, NC – Many young Americans today grow up without any knowledge of the Bible or God in their lives. That's why some Christian leaders are making it a priority to help make that connection with these generations.

About 100 people recently gathered at Camp Cale along North Carolina's Perquimans River to strengthen the future of Christianity by making sure the dozens of teenagers attending know how to stand up for the facts of their faith.

You could call it "apologetics camp," since apologetics is a reasoned defense of Christianity's origin and authority.

It's an interesting time in America. Some are calling it a post-Christian America. Which might lead you to ask, "Then why teach young people how to defend the Christian faith?"

"It's vital to the health of the church so that the Gospel can continue to go on," answered  American Family Radio's Meeke Addison, one of the camp's guest lecturers. In other words, the truths of the faith must be passed down through the generations for it to survive.

But Meeke and husband Wil Addison, her co-host on the radio show  "Airing the Addisons," say keeping Christianity alive and well in the U.S. can feel like an uphill battle these days.

As the teenagers at the camp ran around him during recreation time, Wil told CBN News, "We feel like, 'Man, before they even leave the house, a lot of times they're already gone."

Meeke added, "There's almost this loss of hope. They say that this is the least religious generation in the history of the United States of America."

Still, she insisted there's no reason to surrender Generation Z, saying, "I often go, 'Wait a minute: Gen Z'ers…these people are still eating at your table. You haven't lost them yet.'"

"Youth are spiritually hungry. They really, really are," declared Alex McFarland of Truth for a New Generation. He leads these annual camps because he insists teenagers are desperate for answers.

Alex said he wants to give them answers to such questions as, "Does Truth exist? Does God exist? How can we know God exists? What about the Bible? Is the Bible true and trustworthy? What about Jesus? Not only the question of did Jesus rise, but is there evidence Jesus actually existed?"

Kids Don't Want to Believe What the Culture Pumps Out

He suggested it's especially important now to let Christian kids know their faith, God, and the Bible are all true in an era and culture that often appear hostile to Christianity and its moral values.

"The condition of our world and the spiritual and moral condition of our nation has really been a compulsion to me that we need to make every effort possible to win young people to Christ and to help them think from a biblically-informed perspective."

Despite the culture's message that there are many paths to God and everyone has their own truth, McFarland said these kids aren't buying it.

He admitted, "Relativism has made an impact in this culture, overwhelmingly negative."

Beliefs Attacked 'From Every Single Direction'

Daniel Ritchie, author of My Affliction for His Glory and a guest teacher at the camp, told CBN News, "I think kids feel like they're almost being encroached on and attacked from every single direction, and I think they're trying to find a way to navigate that."

Wil Addison added, "Even in their schools you'll see where they have teachers in the colleges and universities who are against what we believe. And they will be really bold about it. And I think our kids have to be equipped to withstand that and not crumble under it."

"Especially in a public school, people around you aren't always the most Christian-like," high school senior Grayson Harmon stated.

That's why he came to camp for a second year: to make sure he's grounded in the truth that Jesus IS the way, the truth, and the life.

Or as Harmon put it, "He's the only way to heaven."

One True God Versus the Pantheon of False Gods

Ritchie said of this, "We see the Creator of heaven and earth stepping down into our mess that we made by our own choice; He comes to rescue, to redeem and to give hope. Our God, our one true God, versus the pantheon of all these other false gods, He's the only one who stepped into our mess and remedied it by His grace," Ritchie said of Jesus and the God of the Bible.

McFarland said the main controversy that comes up at his gatherings is the same for kids as it is for many adults.

He summed it up as, "The problem of pain and suffering: why is there suffering in the world and injustice? And can we reconcile the goodness and the power of God with the reality of evil and terrorism and things like that?"

Daniel Ritchie has lived his entire life without arms. He comes to gatherings like this camp to show young people that with God in their life, no amount of hardship, trials or tribulations has to knock them off their feet.

"My suffering in being born without arms is just…it's a lifetime sentence," Ritchie explained. "I know what it is to feel like life's not fair. But then to know that God in His grace is better than the infirmities and the insecurities and the sufferings that I have to face."

He went on, "Paul talks about in 2 Corinthians 1 that it's like our sufferings are our opportunity to receive the comfort from God by which we turn around and grant that comfort to other people."

So he's anxious to share at camps like this one, "To give kids the opportunities to see that their hardship is a remarkable opportunity for them to share the Gospel. It's something that I think students need to see."

Blaming the Ultimate Bad Guy for the Suffering

McFarland pointed out he and the other instructors make sure suffering is not placed at the feet of God. They make it clear there is a devil.

"We tell these kids 'Satan is real, the devil is real, demons are real. But in the name of Jesus, we have victory,'" McFarland stated. "We talk about prayer and fasting. We talk about spiritual victory and not giving the devil a foothold in our life."

He continued, "We do talk about the fact that it's a fallen, sinful world because Satan is the enemy of our souls. John 10:10 – 'The thief comes to kill, steal and destroy. But Jesus has come to give us life and life abundantly.'"

McFarland makes sure each teen coming hears, "Please believe this: that God loves you. And God made you unique and there's never, ever been another you. And Almighty God looks down through the corridors of time and says, 'You are worth it. I love you and I'll give My life for you."

He also tells these youth, "Please believe that the Lord loves you so much that He laid His back to a beam of wood, was nailed to the cross. The appropriate measure of punishment that I deserved and all of us did was put on Jesus. And He rose from the dead. And God stretches His arms out and says, 'You were worth it.'"

Since young minds and hearts get filled with something, Meeke Addison says to fill them with what's actually true.

"We are indoctrinating our kids," she stated. "And when I say that, people go, 'Well, isn't that bad?' And I go, 'Well, it depends on the type of doctrine that they're getting.'"

She added, "In the church, I think what we have got to do is equip parents to equip their kids to be armed with the truth so that they're not tossed and swayed by what the culture is pumping out."

McFarland insists the kids want the truth even if it's not popular with the culture, saying, "Kids thank us. Middle schoolers thank us for not sugarcoating and being very straight."

He'd just counseled a young lady at the camp in a tough situation who really needed hard truth.

McFarland remembered, "She looked at me and she said, 'Look, don't sugarcoat it, don't say what you think will make me feel good. Please give me the truth."

McFarland asked her why.

He recalled, "She said, 'Because I know so often adults tell us what they think we want to hear. Please, tell me the truth.' And all around her six little heads were nodding in agreement."

Meeke Addison said of these young camp-goers, "They are bold, they are courageous. They just need to be armed with the truth. They want to be a light in the darkness. But we need to make sure that we pass on that light to them."

The message from this apologetics camp: don't give up on America. Don't give up on this generation. Many of them may be biblically-illiterate, but when they hear the truth, they embrace it. And so there is hope. 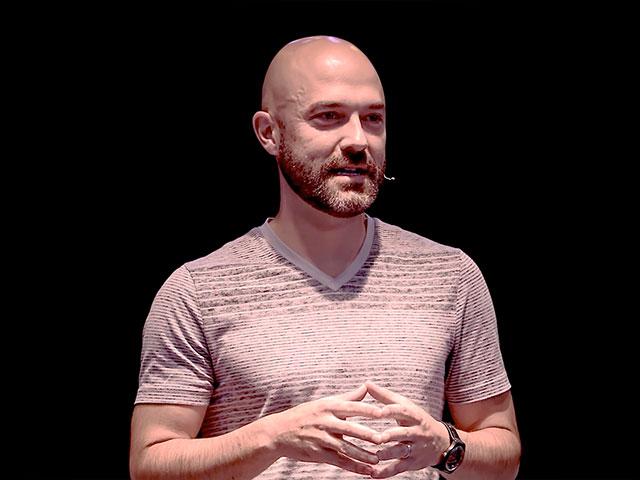