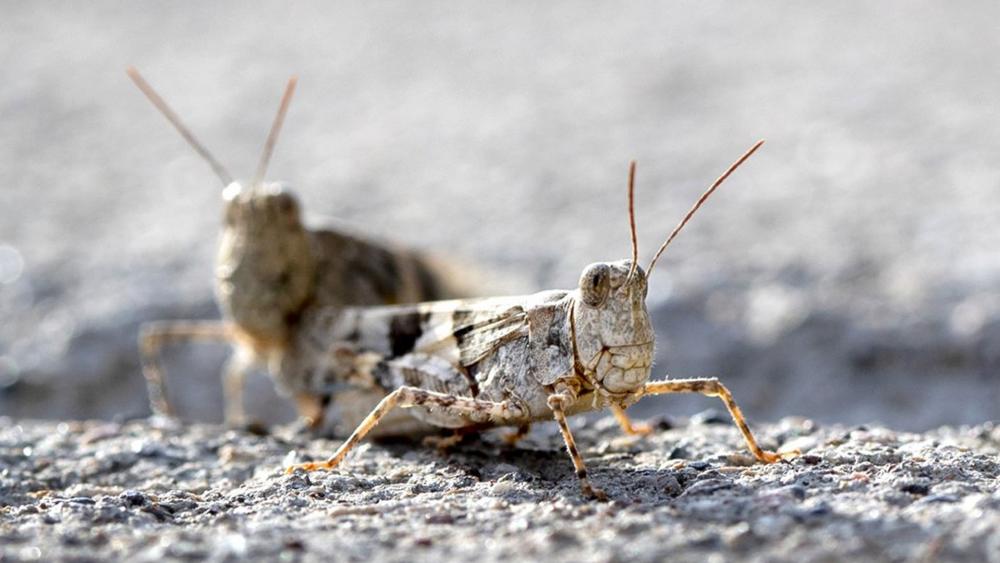 Las Vegas is experiencing what some local residents would consider being pretty close to the eighth plague suffered by the Egyptians in the Old Testament's book of Exodus. However, these insects are not locusts. They're grasshoppers.

Wet weather earlier this year is being blamed for a migration of large swarms of adult pallid-winged grasshoppers. This year, the Las Vegas-area recorded more rain in six months than the annual average of just under 4.2 inches (10.7 centimeters) per year.

The number of grasshoppers traveling north to central Nevada is unusual but not unprecedented and they pose no danger, according to Jeff Knight, a Nevada state entomologist. Knight noted the insects don't carry disease, don't bite, and probably won't damage anybody's yard before they're gone in several weeks.

The grasshoppers are usually attracted to ultraviolet light sources, which makes the Las Vegas strip a prime destination, not only for tourists but for the insects as well.

Knight recalled several similar migrations in his more than 30 years at the state Department of Agriculture, including one about six or seven years ago.

#GRASSHOPPERS have taken over #Vegas! pic.twitter.com/N6aYHTigIH

One Facebook user even reminded the Vegas locals to be sure to let the visitors go since we've seen this one before.