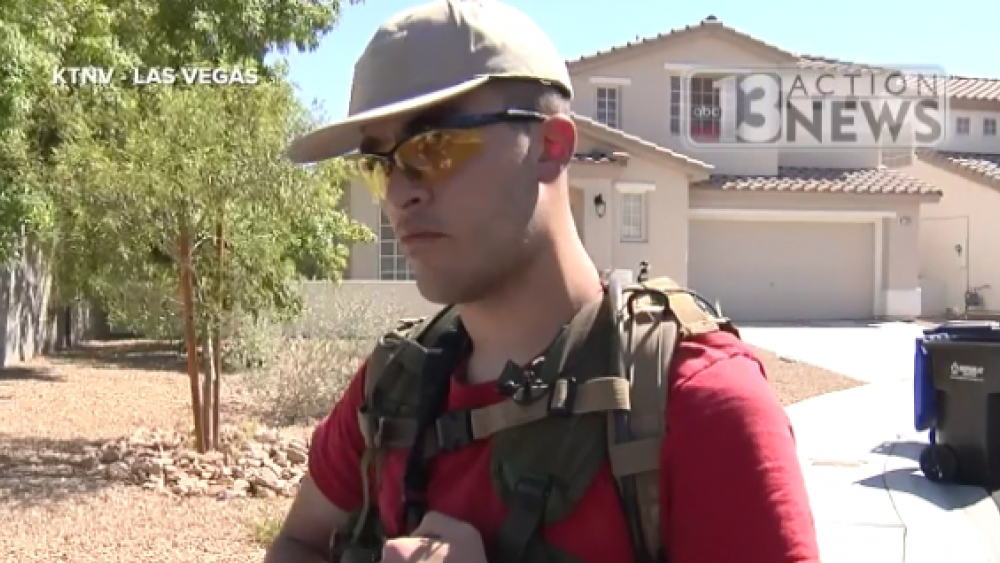 A Las Vegas man who allegedly wanted to bomb a synagogue and a gay bar was arrested Thursday on federal charges after authorities found bomb-making materials in his home.

Conor Climo, 23, was charged Friday after FBI agents monitored his encrypted online activity and discovered that he was communicating with individuals who identified with the White Supremacist National Socialist Movement. A statement from the US Attorney's Office District of Nevada says Climo regularly used derogatory racial, anti-Semitic, and homosexual slurs online and discussed attacking a Las Vegas synagogue as well as a gay bar with improvised explosive devices.

Climo also claimed to have tried recruiting a homeless individual to conduct pre-attack surveillance on at least one Las Vegas synagogue and other targets. However, his recruitment attempts were fruitless.

Law enforcement seized several items from Climo's home during an August 8 search warrant, including a notebook with hand-drawn diagrams for a potential Las Vegas area attack. The notebook included drawings of explosives.

NBC News reports that authorities found chemicals and parts for the construction of explosive devices in the suspect's bedroom, as well as "an AR-15 style rifle and a bolt-action rifle."

Both firearms were confiscated.

"Threats of violence motivated by hate and intended to intimidate or coerce our faith-based and LGBTQ communities have no place in this country," said United States Attorney Nicholas A. Trutanich for the District of Nevada. "Law enforcement in Nevada remains determined to use the full weight of our investigative resources to prevent bias-motivated violence before it happens. I commend our partners who identified the threat and took swift and appropriate action to ensure justice and protect the community."

Climo's arrest comes after three mass shootings in the United States in the past two weeks.