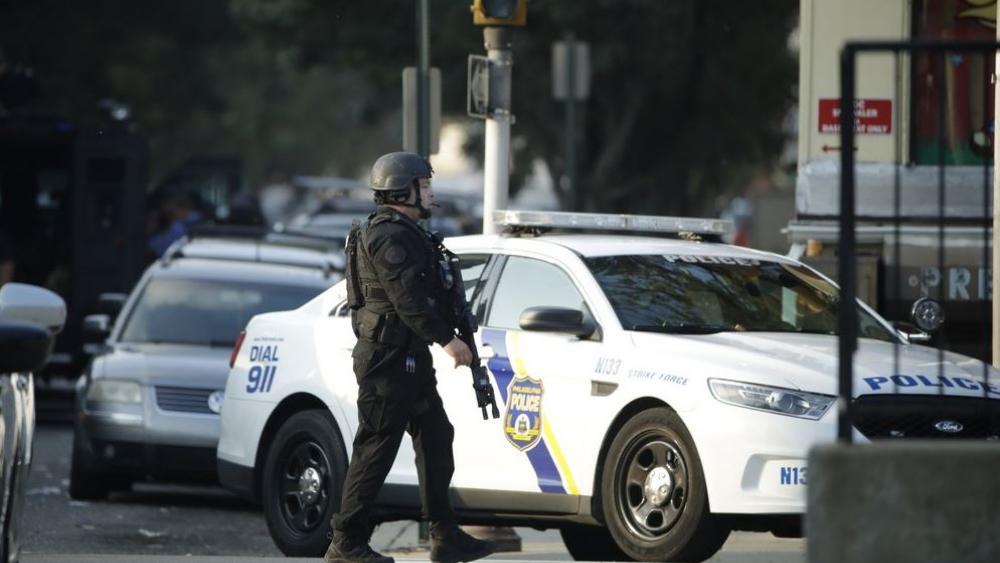 A police officer patrols the block near a house as they investigate an active shooting situation, Wednesday, Aug. 14, 2019, in the Nicetown neighborhood of Philadelphia. (AP Photo/Matt Rourke)
6073344329001
'Nothing Short of a Miracle' that Officers Weren't Killed in Massive Philly Shootout

A Philadelphia man is in custody after a shootout and standoff with police that sent at least six officers to the hospital with gunshot wounds on Wednesday.

The rush hour standoff stretched into the night finally ending with the suspect surrendering to police.

Thirty-four-year-old Maurice Hill, a long time drug offender, gave up shortly after midnight, ending the eight-hour ordeal in a north Philly neighborhood that began when police tried to serve a drug warrant.

The dramatic moments escalated and the situation became critical for officers dealing with Hill who had barricaded himself in a home.

A police spokesman says he fired multiple rounds at them as officers returned fire while trying to dodge bullets.

Patrol cars, special SWAT and tactical teams rushed to the scene, blocking off the streets and working to rescue fellow officers trapped in the house.

One witness saying she heard at least a 100 gunshots. "I heard so many gunshots... that I got scared," she said.

Philadelphia's mayor says the six officers have all been released from area hospitals and are in good spirits.

"It's nothing short of a miracle that we don't have multiple officers killed today," Philadelphia Police Commissioner Richard Ross said.