PRAYER REQUEST - 'It Is a Bigger God': Searchers in a 'Race Against Time' to Find Two Missing Firefighters 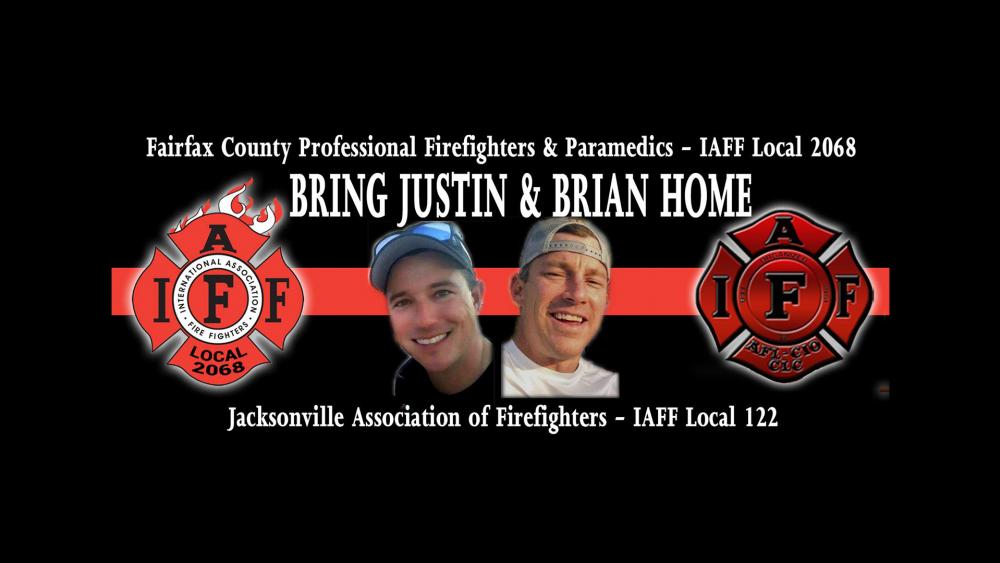 Time may be running out, but the faith of the wife of a firefighter still missing at sea is still strong. The search has been on for five days for two firefighters who set out on a fishing expedition from the coast of Florida but never came home.

As searchers continued to look for Jacksonville, Florida, Firefighter Brian McCluney and Fairfax, Virginia, Firefighter Justin Walker in tens of thousands of miles of the Atlantic Ocean, rescue crews still hung to hope of finding the pair alive. But they admitted they are in a "race against time."

As CBN News reported, the two men were reported missing Friday night when they did not return from a fishing trip they went on earlier that same day from Port Canaveral.

A major search operation covering an area from Florida to as far as Cape Hatteras, North Carolina, has involved boats, aircraft, and drones that according to reports have covered more than 90,000 square miles.

But Stephanie McCluney, the wife of the missing Jacksonville firefighter, has not given up yet.

"We've got to get one eye to see. All it takes is one eye, but it takes a multitude out there. That is a big space. It is a bigger God. He's going to bring him home," she said Tuesday.

Natasha Walker, the wife of the missing Fairfax, Virginia firefighter, boarded a search plane Tuesday to help look for her husband.

"I need to be up there and feel like I'm searching, too," Walker told Orlando television station WKMG. "He's going to pull through this and he knows that I'm a fighter, so I'm going to not stop until I find him."

The search crews are focusing their efforts on an area of the ocean where a man found a bag belonging to McCluney on Monday.

Garrett Shurling was in church in Savannah, Ga., and he felt God tell him to go look and he found the firefighter's fishing bag.

"I said, 'Hey God, if you want me to go, just give me a sign here while we are at church and we can pack up and leave,' and the sign came 10 seconds after I prayed that," Shurling said.

Shurling says God had His hand in finding McCluney's tackle bag 50 miles into the Atlantic off the coast of St. Augustine.

Even if you are on top of debris like that on a boat, it's so difficult to see," Shurling noted. "The fact that we were able to recover it, is beyond coincidence."

Stephanie McCluney posted a message for her social media wellwishers to her Facebook page Wednesday.

"Know that I have renewed strength and hope in my Lord and Savior," she wrote. " I am committing this day to prayer and worship. I won't be updating social media. I will not lose faith or hope though.