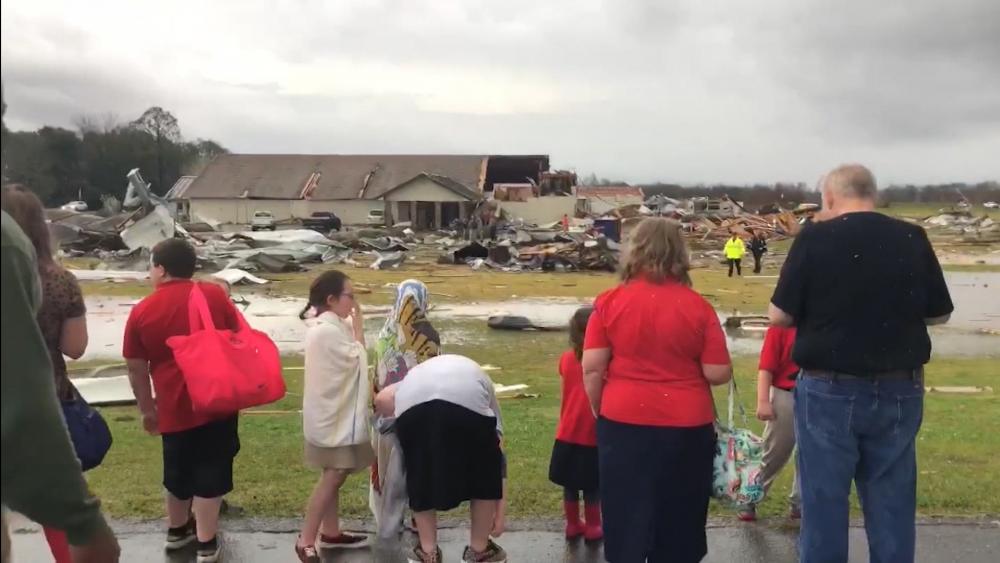 A huge, ongoing storm threat for millions of Americans has led to new fatalities today. In the Northeast, ice and snow is the big threat; and in the deep South, powerful storms have been moving through with possible tornadoes.

At least three people are now confirmed dead in the South from those destructive winds, and the threat is far from over. Authorities believe the storms spawned possible tornadoes which slammed into buildings, toppled trees and left behind a path of destruction.

One person died when a suspected tornado hit a Louisiana home. A man and a wife died when another storm struck an Alabama community. The injured include a seven-year-old child in critical condition.

The winds blew apart a building at the Hope Baptist School in Rapides Parish – the children evacuated just before the storm hit. "The damage to our church/school/parsonage is extensive and will take many, many days to process. But God spared us from any lives being lost, and for that, we are extremely thankful," the school stated on Facebook.

"Right now, we are asking for prayer. There are so many things to sort through and figure out. Please pray for our students. Today was hard on them. Pray for our church family. Our hearts are broken," the statement continues.

Some cities opened shelters for those left homeless.

"Devastation. It's bad. There's animals out; houses tore down. The barns are gone," said Summer Evans, a resident of Alexandria, Louisiana. "You can't even find some of the properties. Houses that used to be here, you can't even find them anymore."

Meanwhile, other parts of the nation are dealing with a different kind of deadly storm. Snow, sleet and rain have been leading to treacherous conditions and accidents that have killed at least 10 people over the past two days.

The storm is now moving from central Pennsylvania into southern New England where snow and a glaze of ice are making travel very dangerous.

This huge storm system has already dumped several inches of snow on Kansas, Missouri and Illinois. Across the Northeast, winter weather advisories are in place. 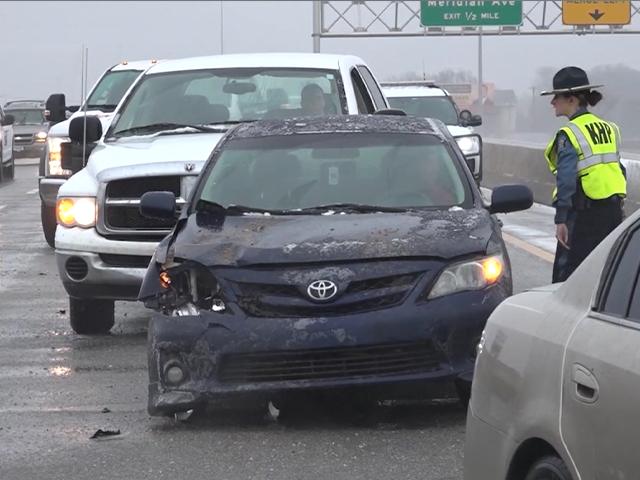