150 Cars Stuck as CA Hit by 2 Feet of Snow, Blizzard-Like Storm to Pummel from Plains to New England 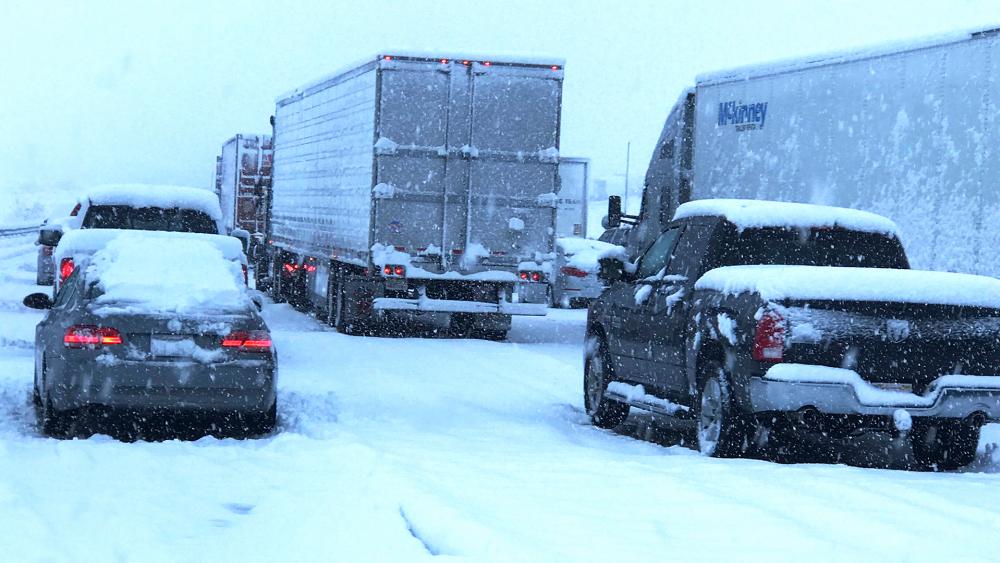 A winter storm system could bring blizzard-like conditions from the northern Plains to northern New England this weekend with heavy snow, ice, rain and strong winds hitting a large part of the country.

The storm system has already hit parts of the western US creating havoc for post-Christmas day travelers in southern California as portions of Interstates 5, 8, and 15 had to be shut down after two feet of snow pummeled the area on Thursday.

According to a local TV station, on Interstate 5, about 150 cars and trucks got stuck due to snow and ice. Drivers had to wait several hours for snowplows to clear roads.

POST-CHRISTMAS SNOWAPOCALYPSE: This storm is truly the Grinch that stole Christmas. Stuck on the #Grapevine

One driver posted a picture on his Instagram account saying, "This storm is truly the Grinch that stole Christmas. Stuck on the grapevine."

"It was horrible, it was crazy," said one stranded motorist.

Roughly 62,000 customers in California also lost electricity due to the winter storm.

Meanwhile, the Nevada Department of Transportation had to close portions state route 1-60 due to dangerous road conditions, leaving desperate travelers trying to get home or to work stranded on the highway for hours.

"I have turned around twice, I came over the pass to go to work and because of the weather there was no work so I'm trying to get back home," said Robin Quadlin, a commuter from Nye County, Nevada.

The storm system also brought torrential rainfall causing flooded streets in parts of LA County. Some commuters who insisted on barreling through the freeway-turned-river ended up getting stuck and had to be rescued by emergency crews.

The winter storm system is expected to last through the weekend across the country and be done just in time to ring in the new year.